~Daearen isn’t much different than the human world. Imagine a world where science is replaced with magic.~

Seventeen-year-old Sarette has always thought of her life as average, even a bit boring. She does well in school, has a loving mother and a loyal best friend, Mathew. Of course, she has her problems as well—cold Michigan winters, a long-lost father she knows nothing about, and the lack of a boyfriend. She also has the vague sensation that she is being watched by some unseen entity, but figures that means she’s average and crazy.

Nothing could be further from the truth . . .

Mathew has a lot on his plate. After finding out that his best friend Sarette is actually his cousin, a fairy, and destined to be queen, he also learns that he’s a prince and an heir to the Fire Fey throne. Now instead of applying to colleges and sucking down Boston Coolers in Michigan, he must travel through Daearen to Bienn-Theine, the fire realm, to claim his birthright and fight the dark magic threatening to take all that Mathew holds dear— the woman he has come to adore, Sarette and the family he just found, the fey he has come to love, and the land that becomes home. Mathew must become both a man and a prince to defeat the dark fey threatening the balance between good and evil, not only in the Daearen realms, but on earth as well.

Dark magic has spread, gaining traction throughout Daearen and threatening to destroy the balance within the realm—as well as that of Earth. But all may not be lost…

When Banee-Belle of the Air Fey discovers an ancient clue, one which could lead her to the most powerful spells ever written within the realm, hope returns to her heart. If she can employ her wits to decipher the clue, she will gain the ability to wield magic of unheard of power against the Light Fey’s evil counterparts. But before her quest even begins, Banee learns she must team up with the one fey who broke her heart, leaving her to live an incomplete life—a fey never made whole.

Can Banee push aside her contempt and distrust to complete her most vital mission yet? Will she have the strength to face her own broken heart to prove she is so much more than the pretty princess everyfey assumes her to be—saving her fey in the process? Find out in the next thrilling adventure to restore balance within the Daearen Realms.

Florist, psychic, and addict Laurence Riley accidentally summons a fertility god who is willing to fix his problems for a price, and it’s one Laurence just can’t pay: he must keep Jack fed with regular offerings of sex, and the florist has fallen for the one man in San Diego who doesn’t want any.

If they’re to survive Jack’s wrath, Laurence and Quentin must master their blossoming feelings and gifts, but even then the cost of Laurence’s mistake could well overwhelm them both. How exactly are mere mortals supposed to defeat a god? 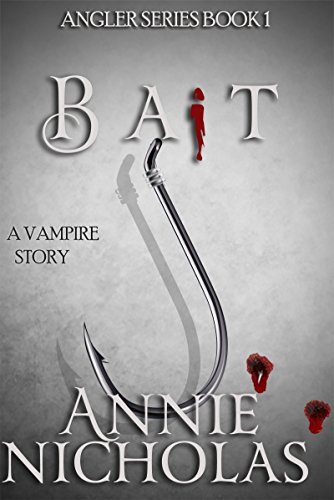 The bait. The backfire. The truth behind their enemy.

Vampire slayer, Connie Bence puts her life on the line for humanity. While she acts as the bait to lure vile vampires into a trap, the rest of the slayers take down the vicious creatures. But one slip of the plan turns the tables and Connie finds herself drugged and kidnapped by the mark she was trying to lure away.

Vampire Overlord, Rurik, makes a deal with his captive–unaware that she is his enemy. Connie must entertain his boss for the evening at a party, and Rurik will ensure her safety. When the slayers crash and slash the party, Rurik keeps his promise, saving Connie from harm. But the slayers are out for blood, and they want Rurik dead. Now, it’s up to Connie to save the one person that she’s supposed to kill. Can the bait find the heart to protect a vampire?