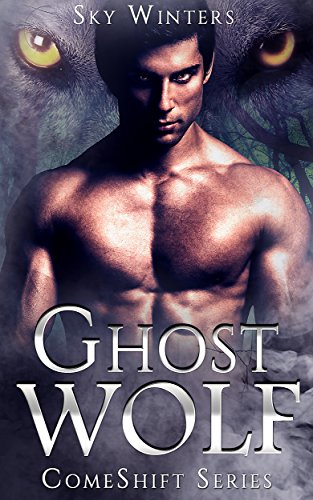 Beware of Wolves in Sheep’s Clothing!

When Mandy met Cameron on the ComeShift shifter dating ap, she thought had met the perfect guy. Wildly romantic, he wanted to plan a future with her. But then he left like a ghost. No messages, no calls. He was just gone.

So she did what any good girl does. She found another wolf. And unleashed a deadly shifter rivalry. refuse without forfeiting her soul, but to fulfill their desire, she will have to sacrifice her life. Traveling to a world beyond the reach of the living, Selene has to dig deep within herself to find a way back home.

The kingdom trembles on the edge of political upheaval and fae of all shapes and sizes are being murdered. The further Cheney digs into these mysterious deaths, the more skeletons he unearths from his family’s past. Sometimes, the truth can kill you.
In a race against the clock, Selene and Cheney stumble through an emotional and physical journey to make it back to one another. Will they find a way back to one another or are not all love stories meant to have a happily ever after? 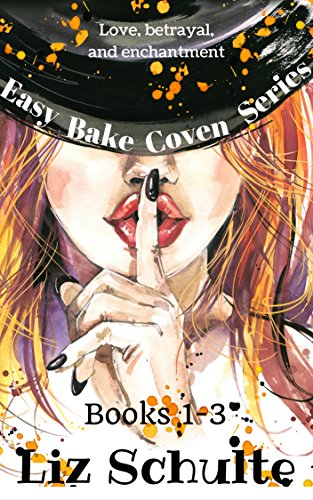 For a limited time only, the first three books in the best selling Easy Bake Coven Series for one low price. Join Selene and her friends as they learn to navigate magic, love, and betrayals in a world unlike any other.

Book 1 – Easy Bake Coven
For Selene Warren being a witch is no big deal. She dabbles in harmless magic with her friends and never thinks much about it. However, when a stranger who seems to know her shows up at her studio and her grandmother is brutally attacked, her simple life becomes complicated.
A world of elves, half-elves, fae—and one peculiar Sekhmet named Femi open up to her. She will discover that fairy tales are real, politics are ugly in any world, and there is a lot more to her life than she ever dreamed possible.
This new reality threatens swallow Selene whole, but with a forgotten past beating down her door, she will have to dive in to save her future.

Book 2 – Hungry, Hungry Hoodoo
One simple revelation about her past turns Selene Warren’s life upside down. Determined not to let her elf half ruin her future, she fights for the love she’s found at Cheney’s side, despite her increasing doubts about the bond they share. However, when her studio burns down, a new enemy emerges and threatens the lives of those she holds most dear. To save one of her friends from a gruesome death, she must expose who she was and put more than just her life on the line. Her only hope is deciphering her past in time to save them all, but the more she learns, the less she can trust anyone.

Book 3 – Pickup Styx
Selene and Cheney are almost to happily ever after. Just one small promise stands in their way. The spirits make a request Selene can’t refuse without forfeiting her soul, but to fulfill their desire, she will have to sacrifice her life. Traveling to a world beyond the reach of the living, Selene has to dig deep within herself to find a way back home.
The kingdom trembles on the edge of political upheaval and fae of all shapes and sizes are being murdered. The further Cheney digs into these mysterious deaths, the more skeletons he unearths from his family’s past. Sometimes, the truth can kill you.
In a race against the clock, Selene and Cheney stumble through an emotional and physical journey to make it back to one another. Will they find a way back to one another or are not all love stories meant to have a happily ever after?

The Keeper Saga: The Boxed Set 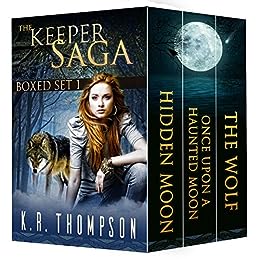 Discover the legend and adventure in the first three books of the bestselling series, The Keeper Saga.

When 17 year old Nikki Harmon moves to Bland, Virginia, she expects her new life will be as dull as the town’s name.

But she finds that not everything is as it seems and the forest surrounding her new home holds secrets–one of them being a centuries-old Indian legend, carefully guarded by Adam Black Water, the leader of a pack of boys known as the Keepers. 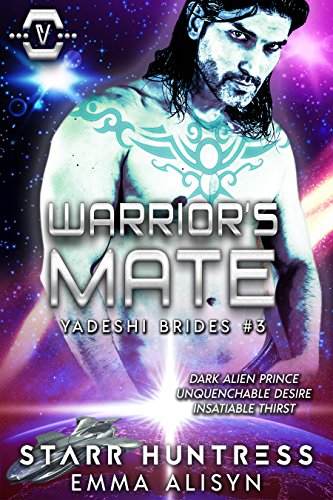 A Dark Alien Prince + his unquenchable desire x his insatiable thirst = a warrior willing to defy a galaxy to claim his mate.

Born with a platinum spoon in her mouth, warrior bride-in-training Gayle throws it away in order to sneak aboard a Yadeshi military vessel to escape imprisonment by her family. Ithann, the alpha alien warrior she’s been taunting with flirts and sloe-eyed glances for several weeks, is enraged by her sudden disappearance and abandons his teaching post to follow. When he catches her, Gayle must accept a highly indecent proposal to avoid being thrown in the ship’s brig- and by accepting, embroils herself in Ithann’s decades long feud with a rival nobleman.

Roped into an arranged marriage, she is determined to avoid the shackles of a mate bond, but Ithann is determined that not only will they bond, but that she will have his baby. Their battle of wills may cost Gayle her life.

A scorching hot, borderline dark sci-fi/fantasy romance for readers who enjoy taunting, alpha, bloodthirsty- and blood-drinking- alien warriors who will sever heads to claim their chosen mates. A 40K word novel, HEA, 3rd in the Yadeshi Brides series. It may be read as a standalone, however characters from the prior two books make brief appearances.

Download a book boyfriend with fangs and a big, blue… attitude… he isn’t afraid to use.

She’s a sexy gamer in danger. He’s a bodyguard with a secret. Nova Wilding needs a mate to keep her father’s gaming company afloat. Owen Harding, her sexy new bodyguard, is the wrong man at the wrong time. But as a hate group hunts the Wilding pack, they both find falling in love may be the most dangerous move they can make. 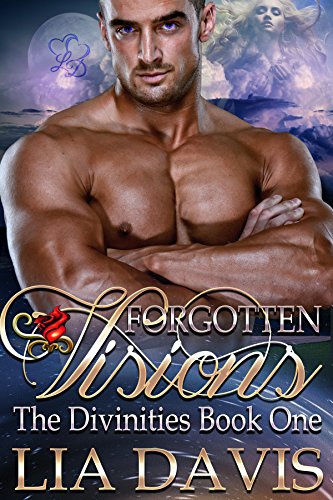 Lord of the Bears 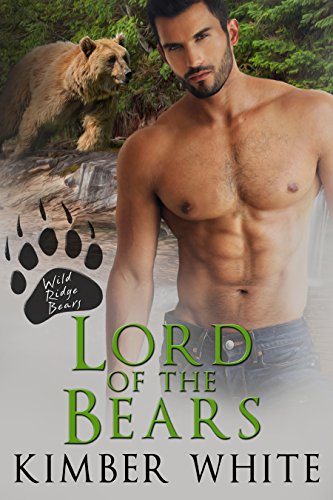 This virile bear shifter thought fated mates were just a fairytale…until he found his.

Destiny made Jaxson Lord the new head of one of the most powerful bear clans on Wild Ridge. But Jax’s birthright will only carry him so far. To stay on top, it’ll take all the strength and cunning he has to prove to the other mining crews he’s worthy. He’s got no time for distractions and thinks fated mates are just a fairytale. Until he meets curvy Nora Gentry and she sets his virile, protective, inner bear on fire. The trouble is, she’s caught the eye of the rest of the clans and now Jax has more than just his own crew to fight for.