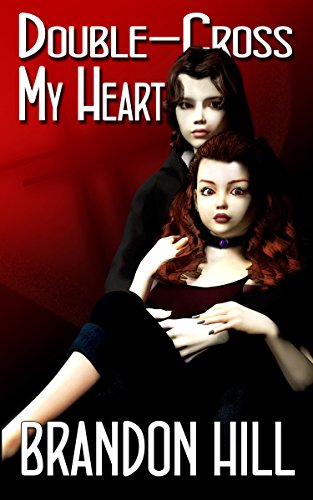 Turned at a tender age, and left with no memory of her human life, Elisa, the beloved adopted daughter of Talante, has had many obvious difficulties in her near two centuries of life, but none so frustrating as her inability to find love – that is until a dire mission leads her to Derek, another vampire turned in his formative years, and the de facto leader of a clan of vagabonds: vampires who choose to take no sides in the ten millennia long war between her symbiotic clan and the dominating breed of her father’s hated enemy. But her happiness is only a prelude to heartbreak as she learns secrets of a past she thought erased, which may cost her the trust and love of the one who holds the greatest portion of her heart.

This sexy shifter is never giving up…

Mountain lion shifter Wyatt Reynolds has finally found something to fight for. Life has been a bit lonely for the tall, sexy cowboy on his upscale Montana ranch, but he never found the right woman to settle down with. Until a small, mysterious person walks into his office one day, hidden under bulky men’s clothing and needing his help.

Valerie knows not to trust men. After being raised in the remote Montana mountains with a terrible father that sold her to the highest bidder because of her rare blood, she has written men off forever. When she comes to Wyatt looking for a job, all she wants is a place that’s safe, quiet, and will allow her the freedom to finally live a life of her own. But what she doesn’t realize is that a tall, ripped cougar shifter might be enough man to give a woman ideas.

Though they start as friends, Valerie is starting to get sexy thoughts about Wyatt that she never intended, and Wyatt seems to feel exactly the same way. But even as friends become lovers, Valerie’s dark past remains a constant threat. The men who want her aren’t giving up, but neither is Wyatt. Anyone who threatens this mountain lion’s mate is going to see his claws.

Book 4 of the Bear Haven series or can be read alone as a satisfying standalone! 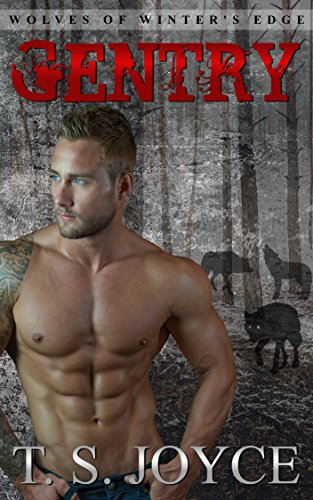 Gentry Striker is right back where he swore he would never be again—his hometown. All he has to do is tie up some loose ends and escape the darkness that has enveloped this place, but he can feel his destiny pulling him deeper into the shadows of this old town. The local pack has been taken over by one seriously unstable alpha, and Gentry is a rogue on a mission to escape. That is, until a striking beauty grabs his attention and demands to stay at the home he is renting out. The problem? She’s human, and isn’t safe in a town full of monsters. Perhaps Gentry is the biggest monster of all, but she’s got him wanting to dig back into his old life and become a better man. She doesn’t know it yet, but she has his wolf hunting her. And he’s not the only one.

Blaire Hayward is on a last-minute vacation to escape the monotony of her life for a little while. The plan is to spend some time in a cabin in snow country relaxing, but when she coasts into Rangeley, nothing is what it seems. The people in this town are acting strange, and there is something dark going on under the surface that she can’t quite figure out. And at the center of it all is Gentry Striker. Tall, snarly, sexy, and mysterious, he’s calling to her heart in ways she never thought possible. But the longer she stays, the more uncertain her life becomes, because Rangeley is no normal town. It’s a town of beasts, and Blaire is falling for the most dangerous of them all.

Damon Daye is the last immortal dragon shifter, and has been protecting his mountains and the people who live there for years. His outlook on life is simple. Remain cold enough that no one ever touches his heart. This is the only way he’s learned after all this time to protect himself, but the bear crews in his mountains have been breaking down his walls little by little, and no one realizes how dangerous the consequences can be. When his best friend, Mason, brings a woman to him to settle his want for a child, Damon is stunned to find she is the exact physical replica of the woman who destroyed him eons ago. Unfortunately for all, the more attached he becomes to the beguiling woman, the more dangerous his dragon becomes.

Alpha bear shifter, Clara Sutterfield, thinks she has everything figured out. After the tragic loss of her crew, she is bound and determine to face this harsh world alone as a closed-hearted and minimally talented psychic. Tarot cards and palm readings are her gig, but lately, she’s been dreaming of otherworldly creatures with wings, and teeth, and fire. When she is hired to help a rich landowner with his ghost problem, she has no idea she is walking into a hoax for her to meet the man who has been visiting her in visions. The more she gets to know about the cold dragon, the more he warms her heart, but there’s a reason her fate has led her to Damon, and they are both about to face a storm that could end the world as they know it. Her options are simple: run away and survive the dark destiny that is coming for her, or stand and fight with the dragon who now protects her heart. And if she survives Dangerous Damon, she just might find that she can survive anything.

Elementals: The Prophecy of Shadows 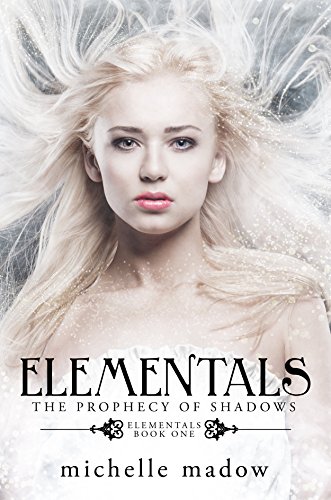 Nicole Cassidy is a witch descended from the Greek gods… but she doesn’t know it until she moves to a new town and discovers a dangerous world of magic and monsters that she never knew existed.

When the Olympian Comet shoots through the sky for the first time in three thousand years, Nicole and four others — including mysterious bad-boy Blake — are gifted with elemental powers. But the comet has another effect — it opens the portal to another dimension that has imprisoned the Titans for centuries. After an ancient monster escapes, it’s up to Nicole and the others to follow a cryptic prophecy in time to save the town… and possibly the world.

A Touch of Midnight

Since the slayings of his young brothers by Rogue vampires in London centuries ago, Breed warrior Gideon has pledged his life and his sword to the mission of destroying those of his kind lost to Bloodlust. But that vow is tested when he meets Savannah Dupree, a beautiful college student who finds herself in the crossfire of Gideon’s war with a hidden, deadly enemy.