Meeting with My Maker 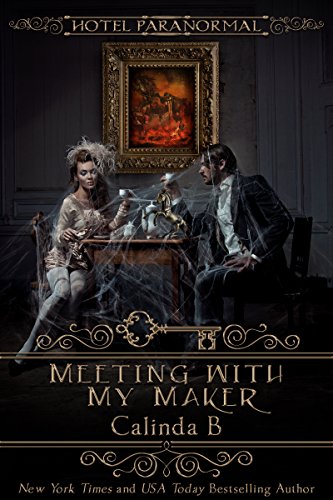 Trapped by the cobwebs of her past, Annora Lachmann’s certain she’ll die before her time, lonely and unfulfilled. When her Mama, a staunch believer in the paranormal, insists she accompany on her journey to Hotel Paranormal, seeking the ghost of her dead husband, Annora is completely skeptical–she doesn’t believe in anything paranormal.

Mac Bhriain McCarrion, a shadow specter from hell itself, never consorts with humans. When he finds himself trapped in the walls behind the room of none other than the very human, very non-believing Annora, he’s captivated. He’s also baffled to find his fine steed of a hell horse transformed into a metal toy inside the young woman’s room. Only a witch could have done such a deed and he can’t get free to find said witch. He finds himself completely distracted by the woman in the room, however. He can only witness her. He can’t touch her.

He wants to bed her.

She doesn’t believe he exists.

It’s a match made in hell. Can they possibly find love, or anything resembling love? Find out in Meeting with My Maker.

Tempted by a Vampire 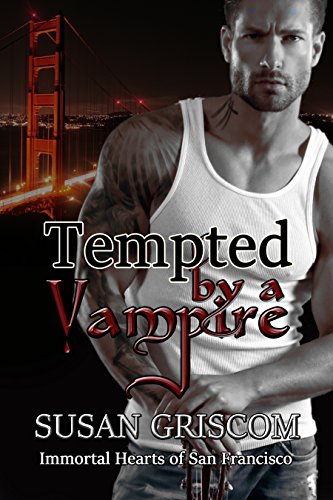 Enter a world of temptation and lust, where rock stars are not only gorgeous and sexy, but they’re also vampires.

Cian DeMarco, has lived in his beautiful mansion overlooking both the San Francisco Bay and the Pacific Ocean for the past seventy of his two-hundred and twenty years of his existence. Happily–or so he thought, preying on a different woman as often as his heart desires. Until the beautiful Magdalena De la Rosa sits down at one of the front-row tables in Club Royal where he and his band mates perform once a week. The scent of her blood has him completely undone and he’s unable to contain his desire for her.

Magdalena De la Rosa has a new job and a gorgeous apartment in San Francisco. Everything is just the way she’s imagined it could be… until she and her girlfriend find their way into an up scale night club and she’s suddenly swept off her feet by a member of the rock band. Mesmerized by his gaze, his scent penetrates and embraces every cell of her body and she can’t deny her own desires for him.

A temptation they can’t resist, leads to a future they never imagined as sparks ignite between the two until a threat from Cian’s past returns to wreak havoc on Cian’s and Magdalena’s lives.

Buy Tempted by a Vampire to start this sexy adventure today!

I swore a solemn oath that saw to the end of the Cormacs, a family of hunters that persistently sought to rid my coven’s existence.

For years we have lived in the shadows, free from hunters and the weapons of wood that could destroy us.

But the familiar scent of Cormac blood is awakening my senses. We were certain that we had ended the bloodline. Now, the vow I swore plagues my mind. The guilt I harbour buries deep. The desire and lust burns.

My pledge to my family is now a promise to protect the woman I love.
Aurelia Galligan is a descendant of the Cormac bloodline. I should drain her. I have to destroy her. But she may just end me.

**This is a forbidden vampire romance between the hunter and the hunted. The content is not suitable for readers under the age of 18.** 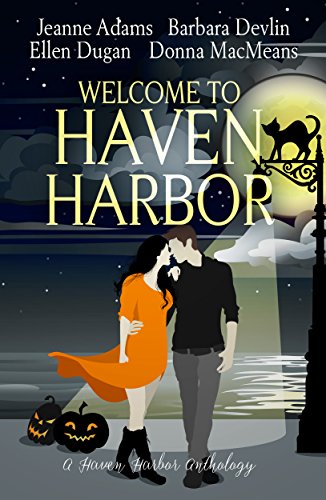 A Halloween Promise – Jeanne Adams
Veterinarian Dr. Adele Picard is no stranger to finding stray dogs. Finding a valuable German Shepherd in the road in the middle of the night is a new experience, however. The dog, the FBI and a kidnapped little girl come together in the witchy town of Haven Harbor. As if that isn’t enough, Haven Harbor’s sexy librarian Dan Nutter, gets involved. Adele and Dan have flirted for months, and that connection flares into passion. Ghosts, magick and a Halloween Promise make Haven Harbor the place to be in October!

Magic, Straight Up – Barbara Devlin
Big city doc Rafe Owen yearns for the simple life and a small town girl. When he accepts a temporary position at Haven Harbor Regional Medical Center, in a quirky little community known for its tongue-in-cheek embrace of witch lore, he falls for a beautiful bartender with a unique ability to guess her customers’ drink of choice…but that’s not the only power she possesses.

Gypsy At Heart – Ellen Dugan
Meet Nilah Stefanik. She’s sassy, smart and fresh out of grad school. With a ton of student debt, she’s taken a “dead-end” office job at the Fogg Funeral Home in Haven Harbor, Massachusetts. It’s a toss-up as to what her family disapproves of more…her current place of employment, or that she has no discernible psychic or magickal talents of any kind. Paranormal predicaments confound Nilah and draw her into a mystery just in time for Halloween. Deep down, Nilah is a Gypsy at heart. So with a little help from her grandmother, and a trouble-making ghost, Nilah may at last uncover the truth about herself and her destiny.

Blame It On The Moon – Donna MacMeans
Chelsea Davenport turns invisible in moonlight. She can’t help it, it just happens. Recent sightings of her nebulous, fading form chase her from Hollywood to the opposite coast. The full moon in Haven Harbor, Massachusetts, and a chance encounter with an old boyfriend, now newspaper reporter, proves problematic. In fact, problems pile up for Chelsea when the producer she’s working with uncovers her secret as well. Can the witches of Haven Harbor help?

Magic Of The Midnight Moon 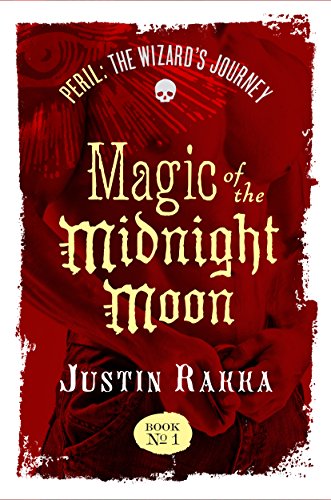 THEY HATED HIM AND TRIED TO KILL HIM.

Justin knows from an early age that he is different but he doesn’t understand why. An only child and heir to a large fortune, he is shunted aside by his parents and bullied at school. Lonely and misunderstood, he cannot find his place in the world until a distinguished presence from a secret world reaches out to him.

The legendary Merlin, advisor to King Arthur, sends Justin an unexpected messenger, beautiful and kind, who helps him recognize his extraordinary skills. Inexperienced, yet driven by forces he can’t entirely comprehend, Justin devotes himself to learning the ways of the occult.

As Justin’s knowledge deepens, he is able to glimpse the future in his crystal ball, and interpret the meaning of the Tarot. His personal charisma, acute intelligence, and study of the craft bring him to the peaks of achievement, but the path to the fulfillment of his destiny is filled with danger and despair.

Lost in the struggle to find happiness again after losing her family and moving to a new country, Ara befriends the oddly alluring David Knight. Torn between the love of a childhood friend and the deep connection that’s forming with David, she will be asked to make a decision about their relationship before she’s even ready to admit her feelings. But a cruel stranger enters her life on the night of the town masquerade and forces her hand, taking away what little innocence Ara had left.