A mysterious, blinding white light, followed by a vision, haunts Mandy until something unthinkable happens. She comes home from school to find her mother badly injured. On instinct, through her tears, forces from within surge through her fingertips into her mother, giving her a second wind. She urges Mandy to take a note and leave, but she can’t — not yet.
Her hot, dark-haired, muscle-bound neighbor, Joel, finds her and drags her crying towards the door. What awaits them on the other side sends them back into the house, where she learns Joel isn’t who she thought. Her entire life gets turned upside down as her destiny sends her and Joel deep into the world of Bloodseekers and other supernatural creatures.

Claire Martin is an empath. She’s lived her entire life as a slave to a constant barrage of emotions that weren’t hers. Off to college she hopes simply to blend with the crowd where she can best hide her curse. Within her first few weeks at school Claire meets Stephen Andrews, a small, fragile looking boy who changes her life forever.

Stephen, a boy with a secret of his own, instantly recognizes Claire for what she is. It is through Stephen’s aid that Claire meets James, a vampire with a talent of his own. As soon as they touch, their abilities connect in a way that has not occurred in over three hundred years forming a bond that cannot be broken. 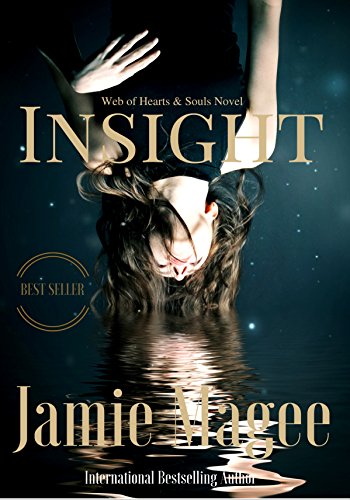 Cursed with the chains of an empath insight and vivid dreams, Willow Haywood has learned to live her life on the defense.

Her world shatters when an ominous figure in her dreams leaves behind an omen that follows her into her waking hours. As Willow learns the beautifully dark secrets of her life she has no choice but to flee to unknown dimensions.

Secrets, lore, and the one made of her soul await her. Haunting lives of the past beckon her due.