Get to Know the Mayfair Witches by Anne Rice

The first two episodes of Anne Rice’s Mayfair Witches have been released on AMC, and we are obsessed. Let’s take a quick look at the most prominent characters in the show adaptation for what may be some much-needed context: 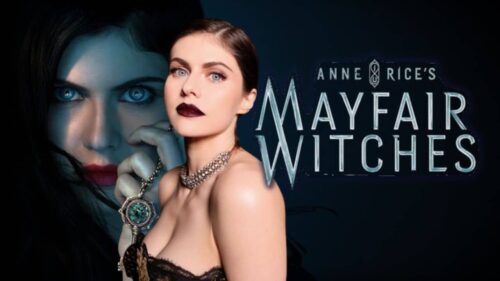 Dr. Rowan Fielding (Alexandra Daddario), the protagonist, is a neurosurgeon in San Francisco, and the heir to the powerful Mayfair family in New Orleans after her estranged mother’s death. She devotes herself to her practice, spending long hours at the hospital and otherwise spending her free time at the bar, with boys, or on her boat. After her boss befalls a terrible accident during a heated fight with her, Rowan questions reality and if she has the power to harm others with her thoughts. 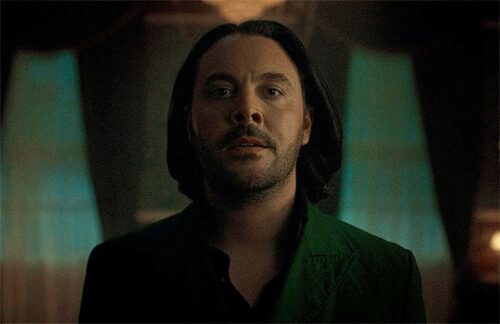 Lasher (Jack Huston) is an evil spirit tied to the Mayfair family, who he gains his power from by bonding himself with the family’s heir each generation. He requires their love and devotion in return for doing their bidding and has a history of manipulating witches into disastrous situations for his own benefit. 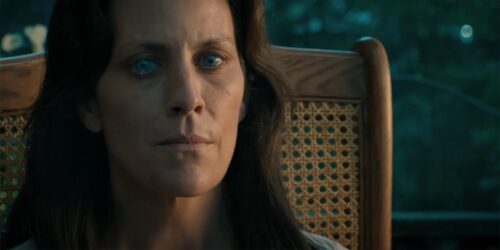 Rowan’s birth mother, Deirdre Mayfair (Annabeth Gish), lived in the Mayfair manor under her aunt, Carlotta’s, care for decades until her death. Her unplanned pregnancy was the result of a chance encounter with a young man, Patrick, who died mysteriously the next day. Although fandoms also say that Cortland is suspected of being Rowan’s father. After Rowan’s birth, Deirdre remains trapped inside her own mind until she dies. 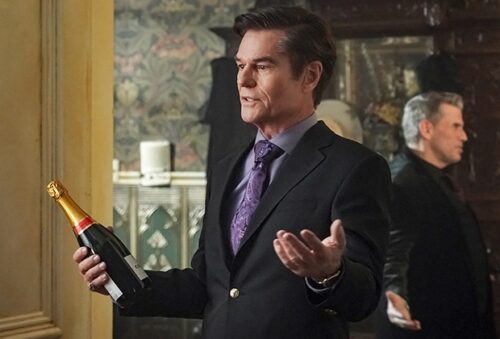 Cortland Mayfair (Harry Hamlin) is Rowan’s uncle (or suspected father) and the self-proclaimed patriarch of the family. However, he tends to set his responsibilities aside for a good party and some fun. He has an insatiable appetite for everything, especially money and power. 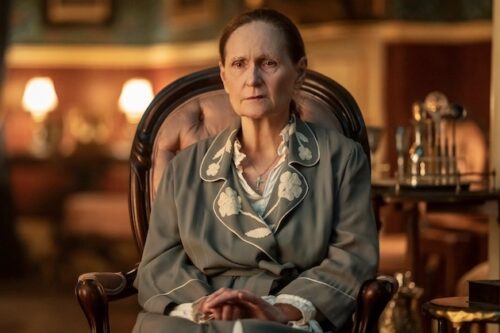 Carlotta Mayfair (Beth Grant), Rowan’s great aunt, runs the Mayfair home in New Orleans. She is ill-tempered and has her own plans in place, drugging her niece to keep Lasher at bay and the family safe from his influence. She is hateful and envious and suspected of causing two of her sisters’ deaths. 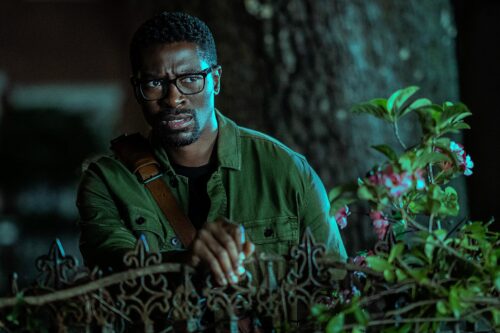 Part of the Talamasca, Ciprien “Sip” Grieve (Tongayi Chirisa) promises to protect Rowan after Ellie’s cancer returns. He is a combination of two characters from the books—Michael Curry and Aaron Lightner—in order to slim down the cast and focus on Rowan’s journey. Rowan saved Michael after he had drowned, and he shares knowledge of Lasher. Aaron Lighter was the member of the secret society and was drawn to the Mayfairs. As a bonus, if the series follows the books, not only will Sip being a guide of sorts for Rowan, there might be a a bit of romance between them in the future. 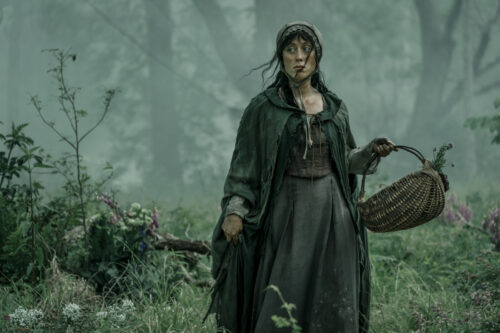 Suzanne Mayfair (Hannah Alline), the original Mayfair witch who makes the deal with lasher and ultimately creates the family legacy and fate. She was a healer in her small Scotland village. Considered a bit simpleminded but beautiful, she conceived Deborah Mayfair during the May Festival. 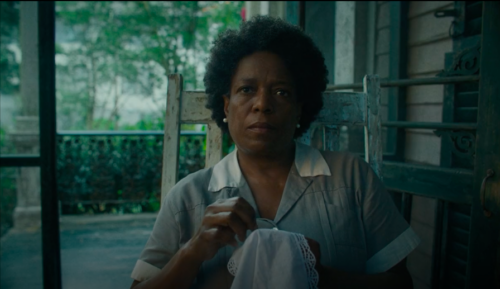 Delphine (Deneen Tyler) is Carlotta’s loyal housekeeper and the one who administers Dierdre’s medication. 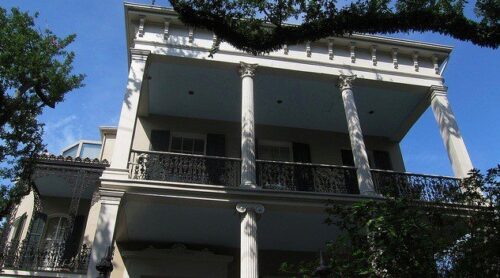 Mayfair Manor, a mysterious mansion home of the Mayfair witches, plays a significant role in the plot. Anne Rice’s home, Rosegate, on First Street in New Orleans was the inspiration for the home. The second-story side porch is where Deirdra spent most of her time, sitting in her rocking chair. Many parts of the house are the stage for disastrous ends to characters throughout the series. 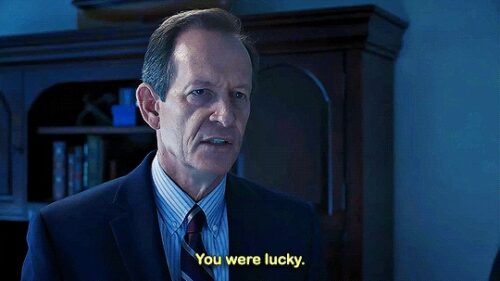 Dr. Norman Keck (Jim Gleason) is Rowan’s boss. He doesn’t like her superior behavior and tells her as much when she asks him for to put a good word in for her with a new potential job. Directly after telling Rowan what he thinks of her, he suffers an aneurysm. 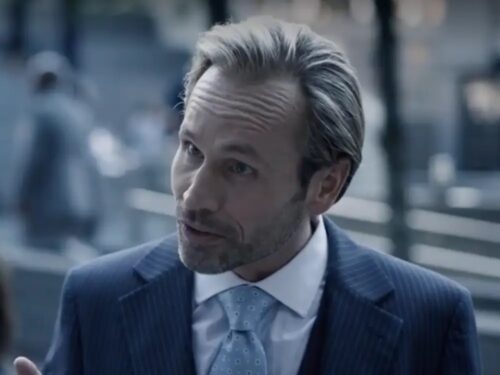 Daniel Lemle (Tobias Jelinek), CEO of a research company, is searching for the secrets to longevity. He offers Rowan a job at his company, incentivizing her with a place in a cancer trial for her adopted mother, Ellie. However, when he insinuates that she will have to remove another patient to give Ellie their spot, Rowan is offended, the two bicker, and something bad happens when she loses control again. 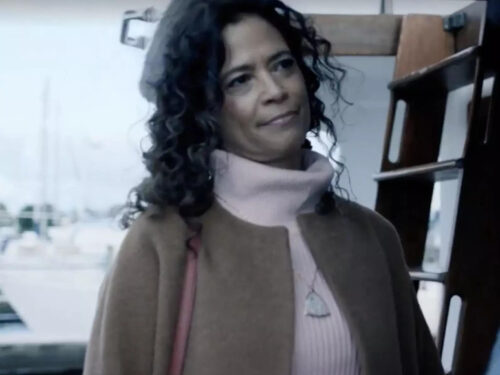 Ellie Fielding (Erica Gimpel), Rowan’s adopted mother, is a Mayfair cousin, too. She’s taken care of Rowan after striking a deal with Carlotta, promising to change her name and never return to New Orleans. Most importantly, she is sworn to not tell Rowan the truth about her real family. But after Rowan’s power surfaces, she puts in a call to the Talamasca, a centuries-old secret society that tracks paranormal activity.

Also note that if the series follows the Mayfair Witches books on into The Vampire Chronicles, we will likely get a cameo from Lestat at some point, so let’s give him a little background, too. 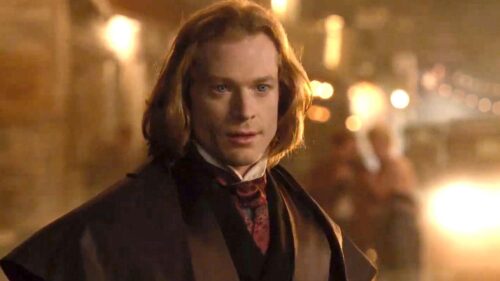 Lestat (Sam Reid), a vampire from The Vampire Chronicles, who is either known as a villain or anti-villain for his bold actions. In later books, he meets and falls in love with Rowan, who reciprocates his feelings. However, he cannot take her away from her husband, family, and responsibilities, but promises to return for her one day.

If you haven’t see the first few episodes of this new AMC adaptation of Anne Rice’s Mayfair Witches, be sure to catch up before the next episode releases on January 22nd!

This site uses Akismet to reduce spam. Learn how your comment data is processed.