Henry Cavill, who plays Geralt in the Witcher and Superman in the DC Extended Universe, is a much beloved star. Other notable roles that Cavill played are: Charles Brandon in The Tudors, Theseus in the Immortals, Napoleon Solo in The Man From U.N.C.L.E., The Hunter from Red Riding Hood, Sherlock Holmes in Enola Holmes and August Walker/John Lark in Mission: Impossible – Fallout. He started his career in 2002, when he starred in the film adaption of The Count of Monte Cristo, where he played Albert Mondego. Check out our fun facts now! 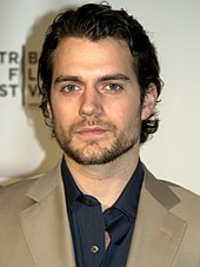 Although he often has an American accent when playing Superman, Cavill was born on Jersey in 1983, an island that is north-west of France but in British territory.

Henry Cavill is 6′ 1″. Even though that seems tall, he’s the shortest man in the Justice League. Ben Affleck (Batman), Jason Momoa (Aquaman) and Ray Fisher (Cyborg) are all taller than him!

#18 – Russel Crowe inspired him to become an actor

Cavill met Russel Crowe when Crowe was filming at his school for Proof of Life. Cavill was playing an extra who was having a game of rugby in the background. Crowe shared acting tips with Cavill and even sent a package with Australian goods to the boarding school. There was also a note that said: ‘Dear Henry, a journey of a thousand miles begins with a single step. Russel.’ This happened in 2000, when Cavill was sixteen. Later on, the two starred in Man of Steel together, with Crowe playing Cavill’s father.

Since childhood, Cavill has been a fan of gaming. He even missed the call to play Superman because he was playing World of Warcraft! And he played the Witcher game series before he sought out to act as Geralt, which helped him to perfect the character on screen. One of his other favorite games is Total War. Total War: Warhammer 2 have added a character via DLC inspired by Cavill in his role as Geralt. The character is called: Cavill, Loremaster of Hoeth. On top of all this, in February 2021, he teased involvement in a yet undefined Mass Effect adaption.

#16 – In Justice League, Cavill’s mustache was digitally edited out

Due to time constraints and Cavill’s commitment to Mission: Impossible – Fallout, Cavill was unable to shave his mustache to film for Justice League. So, it had to be digitally removed using CGI post-production.

#15 – He named his dog after Superman

His dog is called Kal, short for Kal-El, which is Superman’s real name on Krypton. Kal is a super cute American Akita. 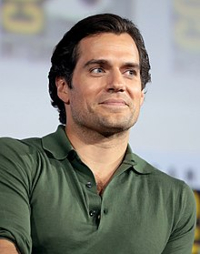 In 2013, he was listed as one of GQ’s best dressed British men. The same year, he was named ‘World’s Sexiest Man’ by Glamour magazine. And in the same year again he was placed third on Empire’s ‘The 100 Sexiest Movie Stars 2013’. More recently, in 2018, Cavill was awarded the GQ Men of the Year Movie International award.

In 2016, Cavill started practising Brazilian jiu-jitsu, having been spotted training at Roger Gracie’s academy in London.

Cavill was born fourth out of five boys. He’s also the only celebrity in the family. His mother was a secretary in a bank and his father was a stockbroker.

He’s a spokesman for the Durrell Wildlife Conservation Trust. He adopted their Livingstone’s fruit bat and named it Ben, after his Justice League co-star, Ben Affleck, who plays Batman. These bats are the most endangered, so Cavill adopted it to raise awareness.

#10 – Cavill took part in his school’s production of Grease

In his school’s production of the classic musical, Cavill took up the role of Sonny.

Cavill had an interest in ancient history, so he did consider getting a degree in history or Egyptology. He wanted to join the armed forces afterwards.  Luckily for us, it was the fateful meeting with Russel Crowe that turned him towards his actor career.

#8 – Stephenie Meyer wanted him to star in Twilight

When the process of the Twilight films began, Stephenie Meyer had one actor in mind to play Edward Cullen: Henry Cavill. However, he ended up opting out of the role due to production delays so he was never formally cast. Instead, Robert Pattinson was cast in the role of Edward.

#7 – There are many other roles Cavill almost played

Cavill almost played Cedric Diggory in Harry Potter, but was considered too old for the role and they cast Robert Pattinson instead. Cavill also auditioned for Superman in Superman: Flyby, but Brandon Routh was cast instead. However, Cavill still got to play Superman, just a little later on in Man of Steel. This time, he was cast instead of Brandon Routh, who had also auditioned for Man of Steel. Casino Royale is another film that Cavill auditioned for to play James Bond, but he came in second to Daniel Craig. Fans even campaigned for Cavill to play Christian Grey in Fifty Shades of Grey but that role went to Jamie Dornan.

#6 – He is fluent in four languages

Cavill is fluent in English, French, Italian and Spanish. There are rumours that he can speak nine languages, but four is still really impressive!

He is a fan of the Kansas City Chiefs.

Cavill starred in television commercials for the British fragrance brand, Dunhill, back in 2008. Check out the clip below!

Cavill took part in the Gibraltar Rock Run 2014 with his brother Nik and his trainer Michael Blevins for the 350th anniversary run. It consists of a 2.7 mile run on a route up the iconic Rock of Gibraltar in support of the Royal Marines Charitable Trust Fund. It took Cavill 32 minutes and 44 seconds to complete the run. 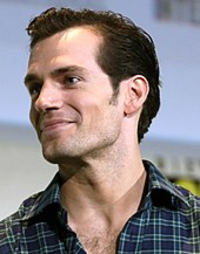 #2 – He’s had quite a few girlfriends

He was engaged to Ellen Whitaker – a horseback rider – in 2011, but they decided to call quits not long after he proposed. Between 2012 and 2013, he dated Gina Carano – former MMA fighter who played Cara Dune in the Mandalorian. He dated Kaley Cuoco – from the Big Bang Theory – for 10 days. In 2016, he dated Tara King and then a year later in 2017, he dated Lucy Cork – a stuntwoman who was in Mission: Impossible – Fallout. Currently, he’s dating Natalie Viscuso.

In 2014, Cavill took part in the Ice Bucket Challenge in support of ALS Association with Amy Adams on set for Batman v. Superman: Dawn of Justice. He got soaked with six increasingly larger buckets of water, whilst wearing his Superman costume, what a hero! Watch the video below!

Which of these facts did you find the most shocking? Let us know!

If you liked this, then check out EVERYTHING you need to know about the Witcher books!

← Get Your Manga Fix With The Best Manga Reading Apps The Legacies Cast: 18 Shocking Secrets! →