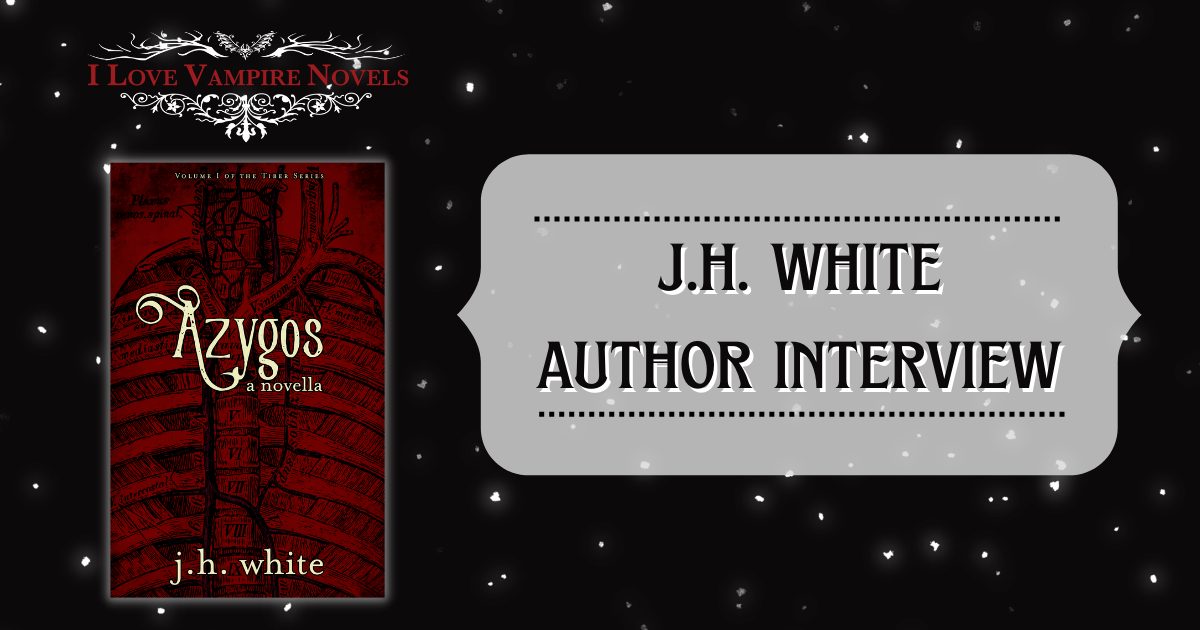 Hello! I’m J.H. White and I’m an author who lives and writes in the Pacific Northwest with my imaginative husband, two rambunctious children, and many over-watered plants. I enjoy reading and writing varied fiction genres, from fantasy and historical fiction, to thriller and suspense, to dramatic literature.

2) How long have you been writing or when did you start?

The creative and expressive arts have always been a passion of mine, and, until recently, my writing sat in a folder on my computer only to be enjoyed by close friends and family. With a little encouragement and a lot of editing, Azygos, Volume I of a planned series, is my first published novella. Written in 2010, the first draft of Azygos percolated and simmered for eleven years. I revisited it countless times throughout those years and after finally publishing, I couldn’t be more thrilled about the reception it has received! I am currently working on Volume II of the series, but another novel is percolating in my psyche and becoming my new writing mistress.

3) Why paranormal/urban fantasy? What drew you to the genre?

The vampire legend and its mythology has always been an interest and fascination for me. It all started with my mom’s collection of fantasy novels, many of which were Anne Rice’s works. When I jumped into Interview with the Vampire in my sophomore year of high school I was hooked. I actually wrote a large essay and had to complete a corresponding presentation on the book. But I went to a parochial high school, so when I presented in front of class on the sexuality and metaphor of certain parts of the text you could hear a pin drop in the classroom. The book really changed my understanding of what fantasy and horror could be and how they can fluently mix. The experience of that book was transformational and opened my eyes to writing as a way of healing and dealing with very real loss and grief. That’s truly at the core of the horror/monster genre – tapping into what it means to be “human” and the darkness of mankind and overcoming, or not overcoming, that darkness.

4) What comes first for you — the plot or the characters — and why?

Definitely plot and conflict. The characters sometimes even “write themselves” throughout my editing and I love being surprised by how they change and grow. Sometimes who I initially thought was a supporting character becomes so in-focus and tangible that I have to shift my story structure because of who they have become, to both me and the story.

5) What’s your favorite type of paranormal creature and why?

I have a soft spot for misunderstood monsters. Don’t we all? But here’s a great example from Greek mythology. We all know Medusa as the gorgon with the head of snakes who turns men to stone. But if you look deeper into the legend, she was brutally assaulted by Poseidon and then punished and judged and transformed into this monster. We’re supposed to root for Perseus as he slays her, but in truth – who is the real monster?

6) Tell us about your heroine/hero. What inspired her/his quirks and struggles?

Azygos, as a dual-protagonist novella, has two “heroes” – Marlowe and Sloan. The nightmares and demons they struggle with come from a place of grief and guilt, both painfully intermingling and never truly reconciled. As with many people’s lived experiences, the inspiration for their challenges comes from reality, even though it is framed in the land of fantasy.

7) Would you and your main character get along?

At this point in my life, I don’t feel like I would get along with either of them to be honest! My
supporting characters like Oliver and Dorian would be my chosen accomplices. As time changes, I suppose I constantly go back and forth between who I identify with in the story in regards to Marlowe and Sloan; they are two sides of the same coin.

8) What is a significant way your book has changed since the first draft?

During the first draft of the book, I just had this collection of chapters with one stack being Sloan’s perspective and the other being Marlowe’s. Figuring out how to order the chapters in a sequence that made sense for the reader was a challenge. The first draft of the book had a completely different opening chapter, some early 2000s night-club scenescape with pounding music, and as I revisited the text, it just didn’t resonate with me anymore, so that got scrapped. Maybe I will release that original opening chapter one day and let the readers decide which version was better. The entire series is planned as a reverse chronology though, so as I began outlining the other novels in the series, I would have to go back to the Azygos draft and add or tweak items so it could better anticipate the past which would come back in later books. In a way, editing this series is like being a detective into my own imagination where I have to put the clues together or rework entire character or plot theories to function for future books.

9) Where can our readers find you?

The best way to find me is on Instagram @authorjhwhite. You can also join my newsletter on www.jhwhitebooks.com! I love talking with readers and interacting, so if you have questions feel free to send them my way. The anticipated release date of Volume II of the Tiber Series is October 2022 and a stand-alone novel is tentative for 2023. 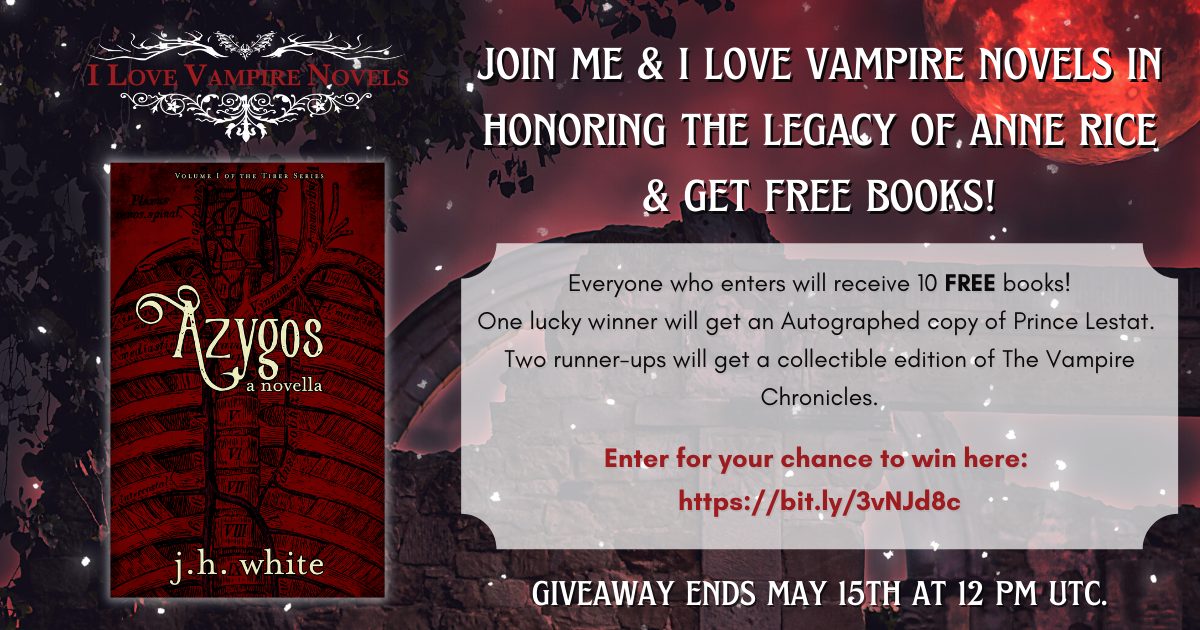