Outlander Jamie Fraser is one of our all time favorite characters. With his dreamy dark blue eyes and floppy red hair, we just can’t help but fall in love with him. He’s so protective over his family and he has a great sense of humour. And he’s Scottish. He’s basically just everyone’s dream guy. Whilst we love Jamie, we also adore his actor – Sam Heughan. Since we are absolutely crazy about them both, we’ve got everything you need to know about Outlander Jamie right here, so check it out now!

If you didn’t already know, the general premise of the Outlander series is an English combat nurse from 1946 is suddenly transported back in time to 1743. And the first person she meets is a British army officer. Who is also her husband’s six-times great-grandfather. Whilst trying to escape Black Jack Randall, who is nothing like his descendant, she finds herself captured by a gang of Scottish outlaws. Her only chance of safety lies in Jamie Fraser, a gallant Scot warrior.

Where to watch: Netflix | Amazon | Starz 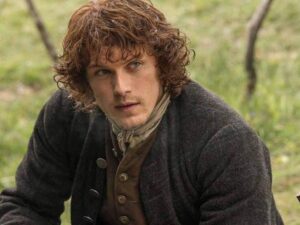 His name is inspired from Doctor Who

Diana Gabaldon – who wrote the Outlander series – took the name Jamie from the Doctor Who character Jamie McCrimmon, who was played by Frazer Hines. Hines actually made a guest appearance in an episode of the Outlander show too! The War Games Doctor Who serial was also what made Gabaldon want to set the series in Scotland.

Jamie was developed from another book as well

Gabalon was inspired to develop Jamie based on an account in the Eric Linklater book The Prince in the Heather, in which a single Jacobite (a supporter of the exiled Stuart king James II) survives a mass execution of his companions.

He was almost played by someone else

Initially, Outlander was going to be a feature film. Gabaldon has said that Liam Neeson and Sean Connery were actually the first contenders for Jamie. The idea for it to be a film was scrapped and made into a TV series instead. Frazer Hines even wanted to play Jamie. But he thought he would be too old to play him when filming started. So if Outlander had started filming much earlier or if it had stayed as a film, our beloved Sam Heughan might have not been Jamie. But we can’t imagine anyone else in the role of Outlander Jamie!

Jamie uses many aliases throughout the show

Some More Facts about Outlander Jamie:

Here are a couple of super romantic things that Jamie has said to Claire. We wish we could have a man as sweet as Jamie!

“Your face is my heart, Sassenach, and the love of you is my soul.”

“Ye werena the first lass I kissed, but I swear you’ll be the last.”

“When the day shall come that we do part, if my last words are not ‘I love you’ — ye’ll ken it was because I didna have time.”

“Oh, Aye, Sassenach, I am your master and you’re mine. Seems I canna possess your soul without losing my own.”

Since these quotes prove just how much Jamie loves Claire, you can get their wedding ring to show someone how much you love them!

Now you can have your very own wedding band just like Claire Fraser’s ring from the hit TV series, OUTLANDER! Makes the perfect gift. 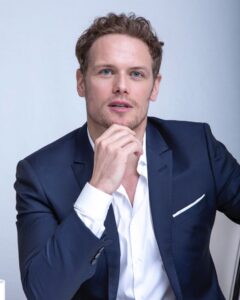 Heughan has co-wrote a book

With his Outlander co-star Gramham McTavish (who played Dougal Mackenzie), they wrote the book Clanlands: Whisky, Warfare, and a Scottish Adventure Like No Other.

Clanlands: Whisky, Warfare, and a Scottish Adventure Like No Other

With a foreward by Diana Gabaldon

Clanlands is the story of Sam and Graham’s journey. Armed with their trusty campervan and a sturdy friendship, these two Scotsmen are on the adventure of a lifetime to explore the majesty of Scotland. A wild ride by boat, kayak, bicycle and motorbike, they travel from coast to loch and peak to valley and delve into Scotland’s history and culture, from timeless poetry to bloody warfare.

With near-death experiences, many weeks in a confined space together, and a cast of unforgettable characters, Graham and Sam’s friendship matures like a fine Scotch. They reflect on their acting careers in film and theatre, find a new awestruck respect for their native country and, as with any good road trip, they even find themselves. 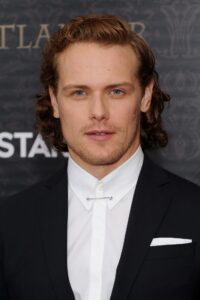 Heughan has starred in a lot of theatre productions

This includes: Batman in Batman Live, Paris in Romeo and Juliet, Malcolm/Murderer in Macbeth, Gregory in Plague Over England, and Guildenstern / Fortinbras in Hamlet. Additionally, his last theatre performance in 2012 was as King John in King John.

Which of these Outlander Jamie facts was the most shocking? Let us know!

If you love Outlander, then check out everything you need to know about the book series!