Toss a Coin to your Belmont? By Sascha Illyvich

Enter to Win a Kindle Paperwhite!

The Witcher. You want it. I want more of it. Everyone has been raving and waiting for season two’s release. There’s the whole Elon Musk obsession with “Toss a Coin to Your Witcher” to where it was playable in your Tesla. Oh, and what was up with his name, Buff Mage? Okay, you have me. Does Netflix have another hit show with The Witcher Series, or will it bomb?

Full disclosure. I’m late to the Witcher party. As of this writing, I’ve only seen the first episode. It became very apparent from the first moment Geralt opened his mouth that I spotted a familiar hero. I continued watching, more confirmation bias occurring from our seemingly apathetic hero. *Sniff, sniff, this smells like… TREVOR BELMONT! 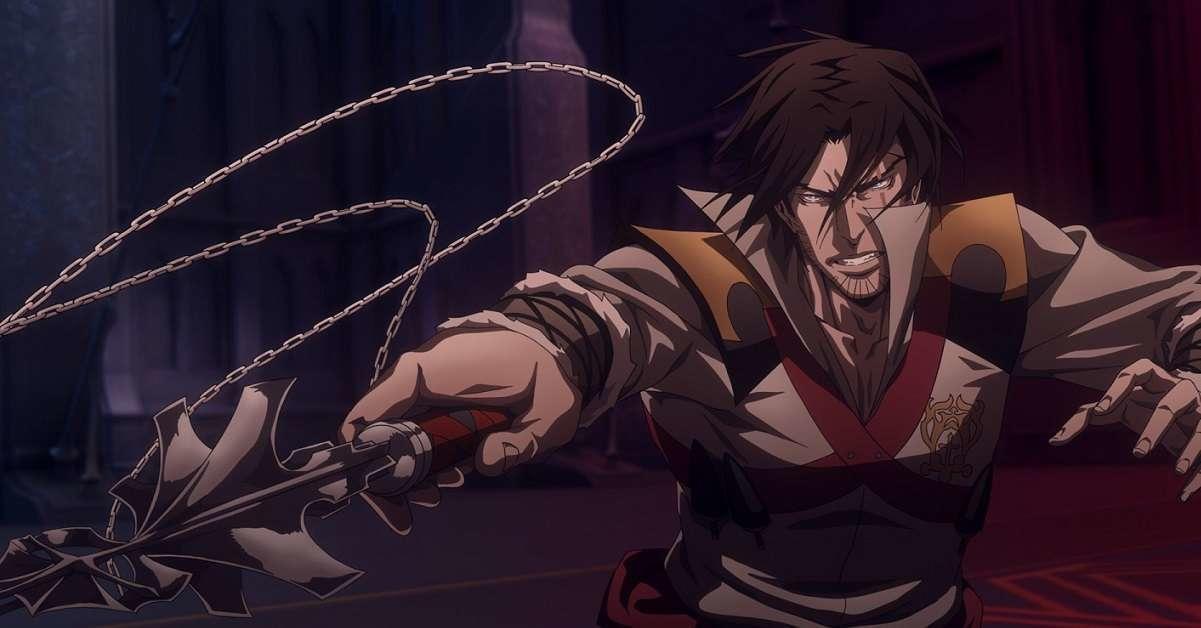 I grew up playing the Castlevania games until Castlevania Symphony of the Night, where Alucard made his debut as the hero, but I was House Belmont. When Netflix released Castlevania as an animated series, I thought it was a joke until I saw the first episode. Video game to screen adaptations are hard. It feels as though they don’t use writers familiar with the thing they are trying to bring to life. But this was different. This had life, it had purpose; it had a story.

Book to film adaptations tend to be horrible as well. (Trueblood, anyone?) But this is Netflix and I can’t think of a single release they’ve produced that has been terrible. But I want to discuss Geralt of Rivia and Trevor Belmont.

Imagine my surprise when the opening scene is Geralt emerging from a swamp, killing a monster. Then he journeys to a nearby town where he’s hated, yet a woman buys him a few rounds after preventing trouble. Who does this sound like?

Trevor Belmont is more apathetic toward the Call to Action when we first meet him than Geralt. Trevor’s first appearance in the Netflix series has him in a pub almost two hundred years before our famed Witcher appears in Blavekin. When we meet our vampire hunting hero, he’s quite out of practice, compared to Geralt of Rivia. Going into the second episode of Castlevania, Trevor fighting against the call to save the town of Gresit from the Night Hordes. After injuring a member of the clergy and saving a Speaker from certain death, he demands they evacuate the city and move on.

Geralt didn’t exactly embrace Stregobor’s request either. When Geralt appears and speaks with Renfri (my spellchecker is going apeshit!) it’s to dissuade her from her job. Yet she catches him talking to his horse and they share an intimate moment later. Belmont didn’t have a horse to talk to.

The townsfolk hated Geralt for what he was, Belmont, for who he was. I suppose that’s a difference they share, but hatred is still hatred, so I don’t count it the same.

Fans debate who would win in a fight. For me, the jury is out. When we meet Geralt, nobody can touch him. Yes, Renfri gets in her share of licks, but they’re not so debilitating that he goes down for any length of time. While Trevor kicks ass in the pub, he’s still tossed out, presumably because he’s been roaming Wallachia looking for food, a place to sleep, and drink.

Geralt’s skill with a sword and slight use of magic are on point from the start. Trevor can throw a punch, but only in later episodes do we see his proficiency with his famed vampire killer whip come out.

Of course, Stregobor’s manipulation has even Marilka telling Geralt to kick rocks.
You could say both men are equally oppressed, but Belmont’s torture comes from being excommunicated, rather than feared because the people were too stupid to understand that he wasn’t a monster. He so far is a hero, a protector of the weak. What kind of evil person talks to his horse? LOL!

Then again, the ignorance masses perceive both men to be monsters. We write about them often, taking our seemingly evil types and making them not evil. How many vampire novels have you read from this site that featured a tortured undead hero? I’ve written quite a few myself.

As I continue to watch The Witcher, I have to ask the following questions:

I get to stew with these questions until the premier of season two on December 17th, 2021. I’m not the only one waiting with full tankards of ale, right?

Enter To Win A Kindle Paperwhite From Your Friends At I Love Vampire Novels & 14+ Amazing Authors!!

All entrants will receive 14+ FREE digital books from our amazing PNR author sponsors!!

Enter to Win a Kindle Paperwhite!

Making The Case for Unicorn Shifters By Gabriella Messina