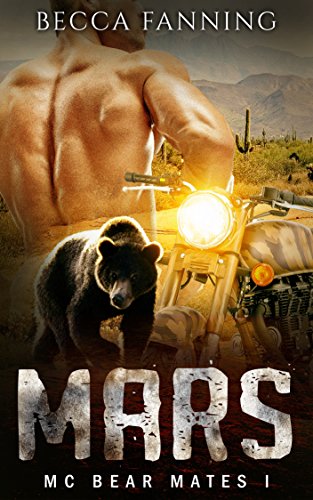 Mars is a rising star in the bear shifter Nomads MC. He has just two days to claim his Fated Mate before their bond disappears, and they have to survive a group of human traffickers who want to take them out.

Mars Donner is tall, dangerous and brutally loyal. His golden eyes melt panties and make men get out of his way. He'd done his fair share of dirt, and even put a few people in the dirt, but he had lines he wouldn't cross. As long as he had his MC, his cut and his hog, he thought he could get through anything. Then he met his Fated Mate, and he knew there was no line he wouldn't cross for her.

Annette Vogel is an investigative journalist and no stranger to chasing a story. Freshly back from Afghanistan, her therapist tells her that she needs to take it easy, that working through PTSD is a process. But Adrenaline junkies don't take it easy, and when she gets wind of a human trafficking circle she has to go after the story. But crossing those kinds of people can have deadly consequences, especially when the story starts chasing her. 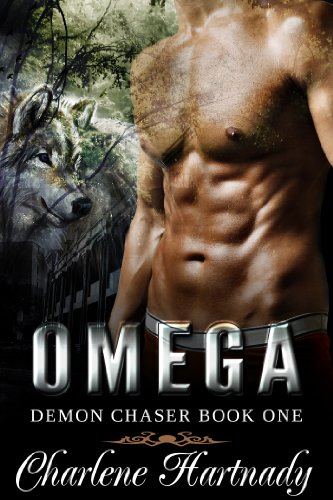 Demon Chasers…Protectors of humanity. Sworn to uphold the peace. Oath bound to keep the existence of demons a secret.

Katy is an ordinary girl living an ordinary life…until she’s abducted and for no apparent reason.

Demon Chaser Cole rescues Katy from the claws of the Alpha of a resident demon wolf pack. Hunted by Bain and his pack, Cole must try and find out why the werewolves are willing to risk a two hundred year long standing agreement with the Demon Chasers in order to have her. Bain is a cruel SOB who’s had run-ins with the Demon Control Agency before so whatever the reason, it’s sure to be depraved.

The Chaser suspects that Katy is not as innocent as she seems. Cole had better unravel this mystery fast because the shifters are closing in and more importantly, the longer he’s with Katy the more impossible he finds it to resist her. Cole’s been burned before and it almost cost him his career. He’ll be damned if he lets it happen again. 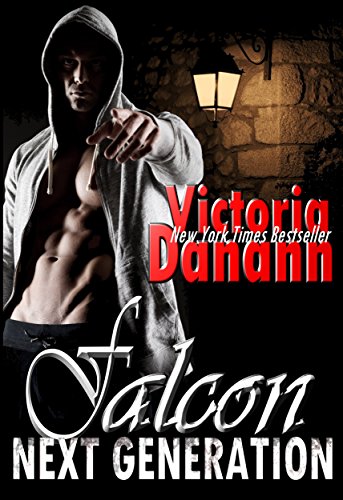 The next generation of the Knights of Black Swan have been inducted and vested with all the privileges and responsibilities of the legends in whose shadows they took their training. They are coming into their prime as servants of The Order, but still have most of their lives ahead. Or so each one hopes.

New York Times and USA Today bestselling author, Victoria Danann, brings us a sizzling new take on the Knights of Black Swan. The boys are all grown up and bursting at the seams looking for action..

Kristoph Falcon and his best friend were the only trainees to be decorated in the entire five hundred year history of the order. While still teenagers, in the heat of battle, they'd fearlessly defended Jefferson Unit with the calm and control of seasoned knights. They'd also accidentally crossed paths with active duty knights on rotation one night in New York and taken point on a vampire run down. The year before, Falcon had gone AWOL to chase down a girl who didn't return his affection. Since there were extenuating circumstances, meaning that she'd been turned vampire, Black Swan eventually allowed him to return to duty.

He's patched up psychologically and in his physical prime, but his emotions are still a tangled mess. The three teammates, who look up to him as the de facto leader of K Team, know it, but don't know what to do. With the vampire incursion growing exponentially they need him at his best, but are at a loss until they see him running from the overtures of a cute and perky new Operations Manager. She might just the medicine he needs to get his head back on straight and the sugar he needs to get his heart pumping again.

The epic saga that has won BEST PARANORMAL ROMANCE SERIES the past three years in a row (Reviewers Choice Awards, the Paranormal Romance Guild) continues with a new crop of vampire hunters that we already know and love. Preorder TODAY and be one of the first to find out why KBS is called astonishing, breathtaking, nail biting, spectacular, unique, and a wild and sexy ride. 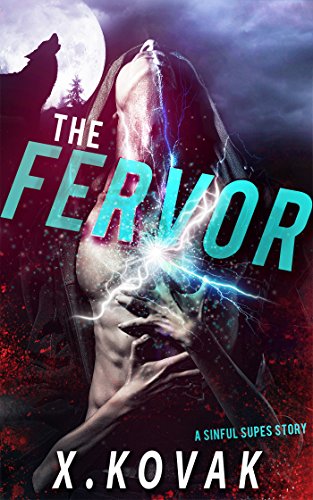 EVERYONE KNOWS MONSTERS EXIST.
BUT SHE NEVER EXPECTED TO BE ONE OF THEM…

Thanks to her great- great-grandmother, loner Claire Sommers’ DNA results are succubus positive. To make matters worse, her college is forcing her into the Supernatural night school. The last place she wants to be is in a room filled with ferals, vampires, and other monsters from her nightmares. The absolute worst thing she can imagine? Getting hit with her first fervor in the middle of said classroom. Especially in front of the new Alpha of the Red Crescent pack, Lucas Masters.

With every Supe in scenting distance caught up in the pheromone frenzy, Claire realizes she’s probably not going to survive the night with her dignity intact. She may not even survive at all…

The Fervor is the sizzling first installment of the Sinful Supes series. If you’re a fan of dominant werewolves and dark suspense, sink your teeth into The Fervor today.