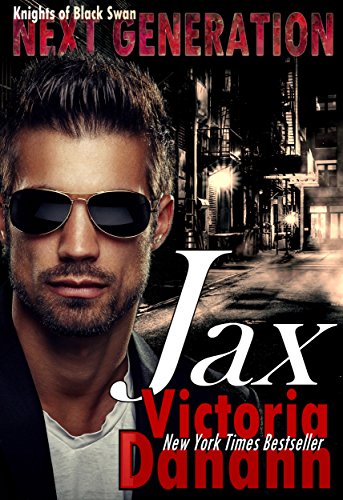 The Next Generation of Black Swan knights continues the struggle to rid the world of “deadheads”, virus infected vampires who are barely more cognizant than zombies. Jax, one of the vampires turned by the immortals, joined the fight and became Falcon's partner.

For six hundred years Jax has seduced women, drunk their blood, and left them feeling blissfully satisfied, but without memory of the event. It was a good and manageable life as a vampire. Certainly it worked for him. Until now. The deliciously wild redhead remembers. And she's pissed. 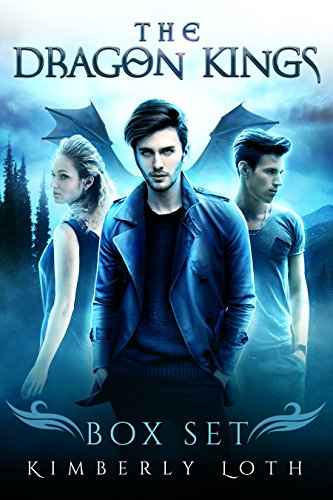 Seventeen-year-old Aspen is a skydiving, rock climbing, adrenaline junky. All her life, she’s been fascinated by the dragons who roam near her home in Yellowstone Park. Yes, Dragons. Though no human has ever gotten close enough to touch one.

While most people avoid the national parks because of the resident dragons, Aspen spends most of her free time in search of the feared and misunderstood creatures. For her, studying the dragons is a way to escape a painful past and avoid getting too close to anyone.

She’d rather track dragons in the wild and through the lens of her camera than talk to real people. But then Aspen meets a hot new guy at school, Sid King. He’s the one person she’s ever met who shares her obsession with all things dragon. But even as she feels strangely drawn to the mysterious boy, she senses he’s hiding his own set of dark and powerful secrets.

When hikers start turning up dead in the park, everyone suspects the formidable predators. Unless Aspen can prove their innocence, every one of her beloved dragons is in danger of eradication.

After Aspen and Sid uncover a sinister plot behind the brutal attacks, Aspen can no longer deny that Sid somehow knows more about the deaths than he should and the secrets they both keep threaten to rip their lives apart forever.

This book was great. Aspen and Sid are like the kids next door except that one is a dragon king and the other is dragon obsessed. This book keeps you on the edge of your seat and wanting more. Can't wait to read the rest of the series!–David B.

Dragons! Need I say more? But seriously, a great YA romance revolving around these magical creatures. Likable characters with depth. I love that it's modern day but with dragons.–Devour Books 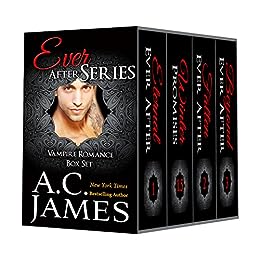 Indulge in a collection of scintillating paranormal romances featuring alpha vampires who are sure to steam up the pages! When Holly meets gorgeous immortal Arie, a searing attraction ignites in this gothic Cinderella retelling.

Eternal Ever After – Book 1:

His past holds a secret that becomes her nightmare.

Arie Cush has a secret that he thought he'd left behind. When his past follows him to Chicago he must protect someone that reminds him of all the painful memories he's tried so hard to forget. But when every touch from her sets his heart and body on fire–he finds it hard to maintain his aloof façade.

Holly Ellis has secrets of her own. An encounter with the handsome stranger who frequents her coffee shop reveals a vampire with baggage. Even though it might be more than she bargained for, she can't resist the one person who understands her. But her life is in danger and a supernatural threat could reveal the underground world of vampires to humankind in this Gothic Cinderella re-telling.

Fallen Ever After – Book 2:

He can't lose her when danger strikes again.

Arie Cush wanted Holly from the very first moment he met her. A night at the Hellfire Club (HFC) is filled with old friends and new danger. The long-standing feud between the faeries that run the Chicago Crew and a lethal toxin puts Holly and other fledgling vampires in danger. Can they stop a vampire-fae war that's been brewing for nearly a century?

Beyond Ever After – Book 3:

The half-demon unleashed a force that can tear them apart.

On the night, Daeveena, a half-fey, half-demon walked out of the Hellfire Club, she left a tide of destruction, but everyone figured that was the end of it. No one imagined that she would steal something so valuable. Can Arie discover who is harboring her before he loses everything?

The Lady in the Mist (The Western Werewolf Legend # 1) 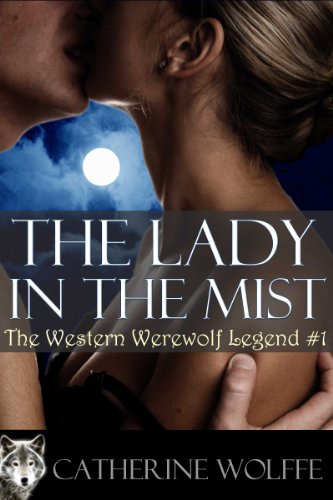 The Civil War took Sonja Brooks' husband and left her alone. Unprotected and scared, she runs headlong into a life changing event when she's attacked by a pack of wolves. Her fate as a werewolf is sealed. When she stumbles upon Ty Loflin, a Rebel soldier dying of his wounds, she nurses him back to health. He's the perfect mate, but will he want her once he knows the truth?

In Book 1 of this new series by Award-winning author Catherine Wolffe, the Western Werewolf Legend weaves a new blend of steamy paranormal romance with historical elements involving werewolves and vampires.

Adventures of a Vegan Vamp 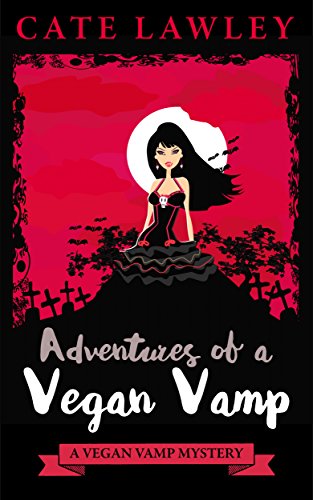 Undead and vegan? Not the undead-afterlife this girl had planned.

Waking up thin is one thing. But waking up gaunt, hangry,and undead makes for a very bad day. That's only the beginning. Mallory's killer better hide, because she's just discovered blood, meat, and dairy don't agree with her–and a future with no cheese is grim indeed. She's out to find her killer…and maybe a vegan cheese that doesn't melt her nose hairs.

Click to see how Mallory conquers a killer hunger while hunting a deadly vampire.