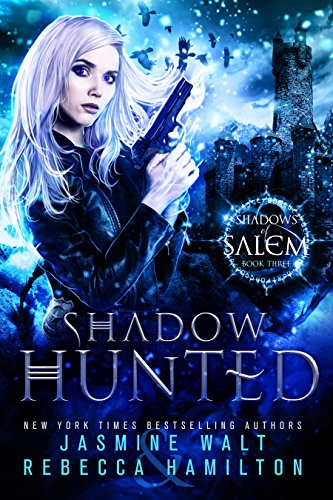 Once a whip-smart detective and a powerful Shadow, Brooke Chandler has been stripped of both memories and identity. She now spends her days scrubbing floors, reduced to nothing more than a servant girl.

But even with no memory of her previous life or how she ended up a slave, Brooke won’t remain trapped for long—not with friends and enemies alike vying to find her.

Her escape attempt lands her in the deadly, beautiful land of Faerie, where nothing is as it seems—possibly including her father, The Winter King. Here, she rediscovers her past life, full of allies and foes all waiting for her return.

Faced with the opportunity to flee, Brooke must decide which fate terrifies her more: staying where her enemies wants her dead, or returning to confront the ones who want her jailed for murder.

-Guardian of the Grail : Immortal Blood – Book One 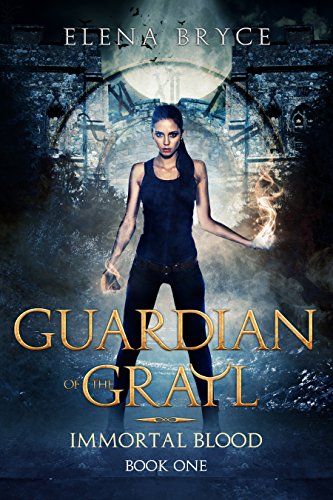 A Grail Quest, a deadly enemy, and a love that transcends time.

Before vampires, they were Guardians, drinking the sacred blood of the Holy Grail, and sworn to protect it through the ages.

When Lachlan Thorn is entrusted with the task of relocating the Grail to a castle in the Scottish Highlands, he requires the help of a witch to conceal it on the perilous journey. Unfortunately for him, the only one available is Ivy, who is untrained and a descendant of the woman who broke his heart.

For Ivy, helping to protect the Grail gives her a chance to do something good with her magic and learn more about it. But once the Grail is out in the open it draws the attention of both vampires and vampire hunters alike, and before long Ivy is facing an ancient and powerful foe that she has no chance of escaping.

Forced to tap into the deeper magic, Ivy must travel through time, linking with her ancestors and experiencing witch trials to take on the power that is her heritage. She might also learn the startling truth about her connection to Lachlan.

Supernatural Enforcement Bureau, The Dragon and The Vampire

by A K Michaels 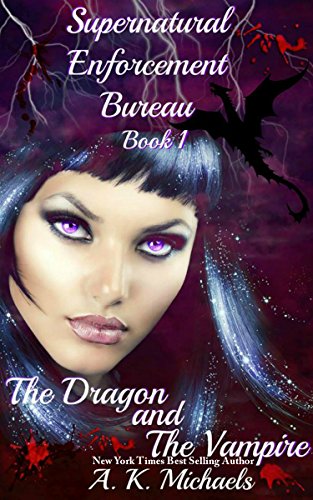 As Director of the Supernatural Enforcement Bureau, powerful Vampire Ronan, thought he had seen it all…until he discovers that Dragons actually exist. Can he help the Dragon being hunted on his patch? He certainly has the means at his disposal…if they can find it first…before the dark magic-wielding Witches and their Vampire cohorts.

After seeing the magnificent beast with his own eyes he can't turn from the task, even if he wanted to. Especially as his Sire, Josef, gives him a direct command to find the Dragon and keep it safe. No matter the cost.

With rogue Vampires and Witches on its trail, it's only a matter of time before they capture it. That's not something Ronan will allow…not on his watch! He will do whatever it takes to find and save the Dragon, using every powerful being at his disposal, including the dark and dangerous Creed.

Night of the Living Demon Slayer 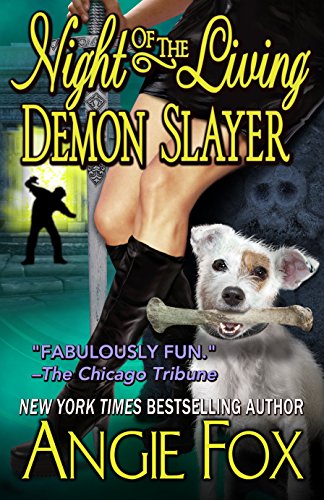 Lizzie Brown is all for letting the good times roll…until a dark voodoo church rises up in the bayou outside of New Orleans. Now ritual fires are burning long into the night and the dead are having a hard time staying that way.

Lizzie goes in undercover to put a stop to the madness. Good thing she can count on her sexy shape-shifter husband, as well as her Grandma's gang of biker witches. Too bad nobody's watching her trusty dog, Pirate, who has become way too friendly with the phantom haunting a long-forgotten Victorian séance room.

Secrets and spirits abound. Nothing is what it seems. And when legions of the dead threaten the city, there may be no stopping them.