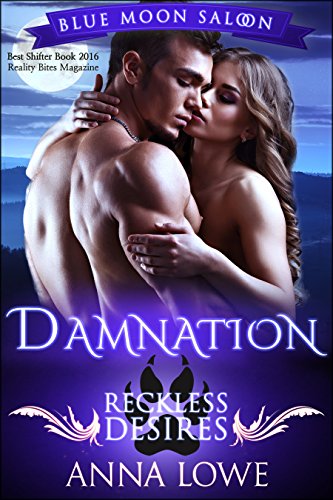 Jessica Macks is a she-wolf on the run from a band of murderous rogues. When she finds a job at a shifter bar, it seems like a safe haven from her hunted life on the road. But the minute she walks through the swinging doors of the Blue Moon Saloon and comes face-to-face with the man she once loved, she’s tempted to march right back out. No way, no how is she risking her heart to that infuriating alpha bear again.

Simon Voss thought he lost everything in an ambush months before: his home, his family, his past. His new job at the Blue Moon Saloon is a desperately needed fresh start on life. Then along comes Jessica, the irresistible she-wolf his clan forced him to reject years before. When Simon is obliged to hire Jessica and work side by side with the one woman to ever make his bear go wild, he’s half in heaven, half in hell. He hasn’t forgotten her, and she sure as hell hasn’t forgiven him. Is this just another path to heartbreak or his last chance to claim his destined mate? 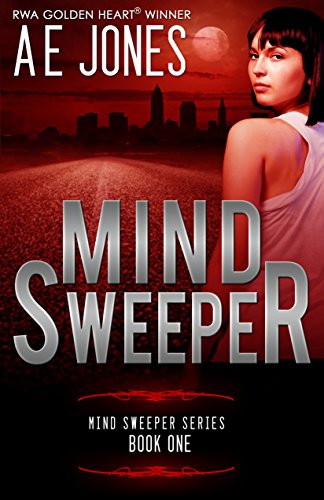 An angel, a demon and a vampire walk into a bar. Sounds like the beginning of a bad joke, but it's just another day in the life of Kyle McKinley.

Kyle was born with the ability to erase memories, and the inability to keep her opinions to herself. She and her teammates – a vampire who looks like a sexy pirate with fangs, and a Shamat demon with a penchant for Italian pastries – provide supernatural damage control when humans see too much. Today’s problem? A sword-wielding angel and a demon had a supernatural smackdown during happy hour in a Cleveland bar, leaving behind a headless vampire and a dozen human witnesses.

This latest supernatural slip-up is attracting all kinds of attention. So much attention that the police step in, and Kyle has to deal with Joe Dalton, a know-it-all human with the sexiest turquoise eyes she has ever seen. Kyle has no room in her life for yet another human who will treat her like a freak. However, Dalton definitely makes her naughty parts sit up and take notice, and it’s more than mutual. But before they can act on their attraction, they must join forces to solve a dangerous puzzle. And when they uncover the truth, the apocalyptic ripple effect forces Kyle to make a choice. Learn to trust again, or risk losing everyone she cares about, including Dalton.

Rocked by a Vampire 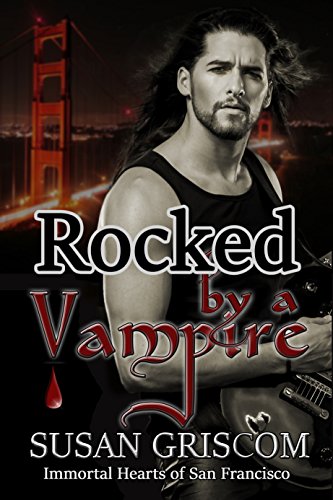 He’s dangerously sexy, insufferably arrogant, rude, and complicated as hell, yet what he reveals to her makes it impossible to stay angry and she can’t stop her growing desire for him.

They rock each other's worlds, but when evil comes knocking at their door, someone will need to die or they’ll lose each other forever.