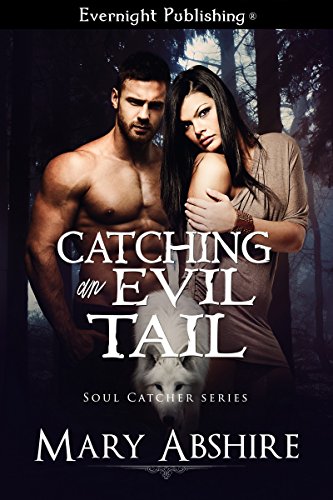 Half-demon Jessie Garrett longs to liberate herself from the debt she owes the demon yearning to seduce her. When Jeremy asks for her help, she jumps at the chance to make a new deal with him—one that will guarantee her freedom. The only catch? She has to send the soul of a werewolf to Hell.

As if Jessie didn't have enough trouble in her life, her vampire lover remains out of the country. After Drake fails to offer an explanation as to why he hasn’t returned, she starts to wonder if she should move on without him. But when he finally shows up and defends his absence, his justification stuns and terrifies her.

Love, trust, and loyalty are on the line. Torn between her feelings for her vampire boyfriend, a hot Alpha wolf, and a demon vowing to protect her, Jessie must figure out her heart’s true desires and the best course of action to stay alive. 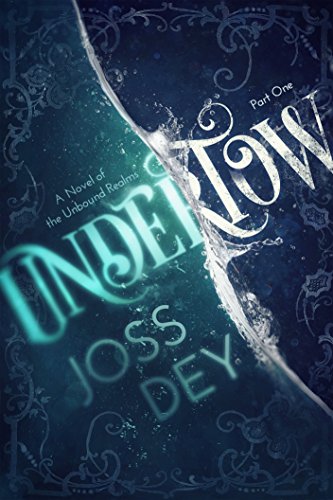 A world born of merged realities, turbulent and jagged and overrun with monsters…a woman infected with unruly magic, unknowingly using her soul to find love…

Without warning, the magical realms of dreams and nightmares collapsed upon us, shredding our safe existence. A violent civil war erupted between a ruthless queen seeking revenge and a dark prince collecting power, leaving a broken world of stunted magic, fantastical creatures, chaos, and a drug called Undertow.

Dragon was sold by her mother to a shady clinic that altered her, leaving her mostly human and able to fix the flaws in people. Her “gift” infuses her with life-changing confidence as well as an unnatural euphoria…but also is literally killing her, slicing her soul bit by bit to nourish her fixes. Worse, the power fueling these transformations appears to be overtaking Dragon's body, turning her thoughts and actions towards savagery and murder.

When she meets Fel, a banished fae warrior suffering from PTSD, she’s instantly drawn to him, the one man who doesn’t need her to fix him. Is it his addiction to Undertow, or is it something else? Whatever the answer, Dragon dives right into a steamy affair—love optional…or so she thinks.

But all is not what it seems with Dragon’s adoptive family. When she chooses Fel, the love and acceptance she’s found in this patchwork household is threatened, unleashing a devastating secret that could deliver Dragon into the hands of the two most powerful and deadly creatures in the world… 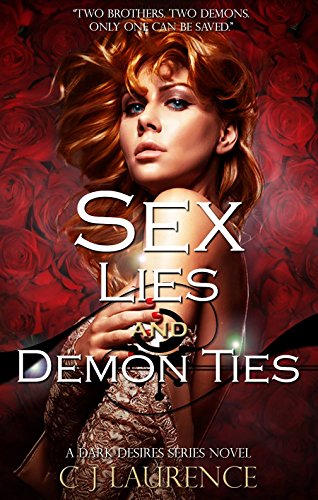 To be given one after an intense night of passion with a handsome stranger, your expectations grow with hope at this simple gesture. To him? The offering is his way of thanking you, a mortal woman, for allowing his dark being to indulge in forbidden sin…

If someone good can turn bad, then someone bad can turn good, right?

Two demonic brothers, Azazel and Balthazar have worked their jobs as Lucifer’s right-hand men for centuries. Cursed this way after their ghastly sins as humans, the ominous duo have left trails of devastation in their wake all over the world and all throughout history. Their curse can be broken by the true love of a mortal female, one who accepts all of their wicked deeds, but why worry about that when you have all the power and magick someone could ever desire?

Being evil, revelling in others misery and pain gets tiresome after a while. Or does it?

On their latest annual vacation from Hell, the bickering siblings stumble across Kyla Marshall, a feisty spice of life who captures both of their attention from the outset. With the two demons as opposite as yin and yang, Kyla soon finds herself being pushed and pulled on an emotional, frenzied ride of worldly secrets and shocking truths of human nature.

Caught up in the relentless whirlwind of the sinful brothers, Kyla soon finds her own curiosities and morbid nature creeping to the surface. The shadowed depths hiding within her terrify her very soul. But now this unknown part of her has been unlocked, can she ever really ignore it? And what terrible tragedies lay in wait for those in her way? 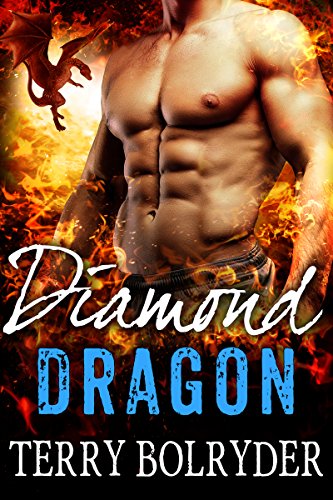 The fourth dragon has been awakened…

Alistair Brighton, the diamond dragon, needs to escape. Imprisoned, chained and used for experiments, his only hope for escape is Bridget, the quiet human woman who brings him his meals (and intrigues him for mysterious reasons). But Bridget isn't sure she wants to let a dangerous dragon out of his cage, and Alistair can't promise he was ever much of a hero.

Bridget is running out of options. While seeking info on a missing friend, she fell in among vicious shifters who see humans as slaves or worse. Every day brings more danger, mainly from the gross alpha wolf who has decided she's his property, but also from the beautiful prisoner in the basement, who claims to be a dragon and draws her in with pretty promises but pushes her away with the ominous glint in his eyes.

But when Bridget's back is literally to the wall, Alistair surprises them both by coming to the rescue. Now Bridget's on the run with a dragon, and isn't sure what's more dangerous: his powers or his steamy, insistent kisses. And Alistair is realizing that for the right person, he might just be a hero after all. 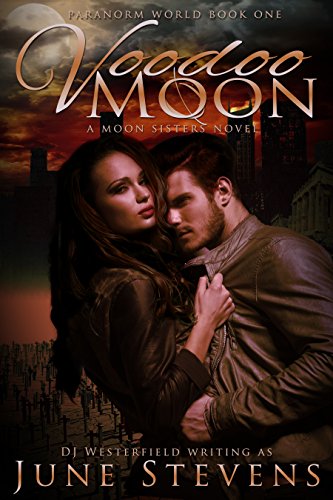 A sinister magic is sweeping across Nash City…

To Fiona Moon, it’s just another day at work. And some days, well, they’re a helluva lot worse than others. As a member of the elite Black Blade Guard, Fiona is tasked with hunting down the most-dangerous Paranorm criminals. To find out who is kidnapping mages and sucking the life energy from their bodies, she has to work with the one man that embodies everything she despises.

Master Necromancer Ian Barroes, a rich professor of Necromantic Studies, wants only one thing in this world… Fiona.

They each hold secrets that could destroy them, but ones that could also be the key to destroying the evil Voodoo priest, Bokor. They must learn to trust each other and track down Bokor before more innocent lives are lost. When Fiona becomes a target of the evil madman, she is lured into his trap. Now, she and Ian have to fight for survival… and their very souls.

About The Paranorm World-
Two hundred years ago the world was very different. It was an age of technology and prosperity. There were more than 7 billion people on earth. Magic and paranormal beings were relegated to fiction and myth. In the Technological Age Year 2012 the Earth experienced a natural phenomena which we now call the Cataclysm. There was a polar shift in which the earths natural magnetic poles shifted. The polar shift caused a series of natural disasters that changed the landscape of the world.

In the years that followed 2012—Earthquakes, hurricanes, blizzards, tornadoes, and tsunamis pounded the world leaving devastation and death. Whole cities and even states were leveled by earthquakes and swallowed by the sea. The melting of the polar ice caps caused flooding.

Society collapsed. With major cities being leveled by disasters governments crumbled. Power plants and refineries were destroyed. The basic infrastructure of the country disintegrated. There was no longer any electricity, public water systems no longer worked. Food supplies dwindled as there was no longer enough gasoline for shipping. At first the government tried to keep order with police and military. But as more and more disasters destroyed major cities and even the capital of the United States, the government crumbled. With no government to pay or command them there was no longer an army or even police forces. Riots abounded, destroying as much property as the disasters.

Disasters killed more than half the population in less than a year. Over the next five decades famine, disease, and war killed millions more.

Humanities only chance for survival was reliant on those who had long ago become outcasts and myths. Humans who through natural evolution, genetics, or viruses had preternatural abilities.

In the ruins of the old civilization, a new one rose up. One that blends technology and magic. One where paranormal beings like mages, vampires and werebeasts live side by side with normal humans.