Once Upon A Midnight Boxed Set 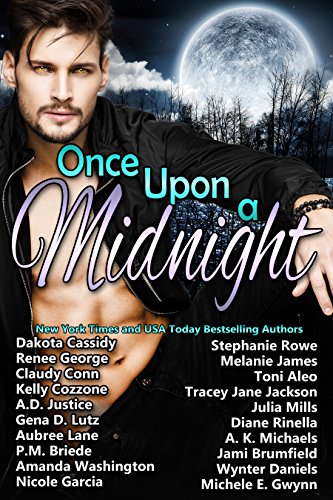 Just in time for Halloween
20 New York Times, USA Today & Amazon Bestsellers deliver one sizzling anthology to meet all your romantic heat requirements. Jam-packed with alpha males, paranormal hotties, vampires, werewolves, shifters, Greek Gods & More. This limited edition set is sure to be THE box set of the year, so don't miss out!
All proceeds benefit the Epilepsy Foundation 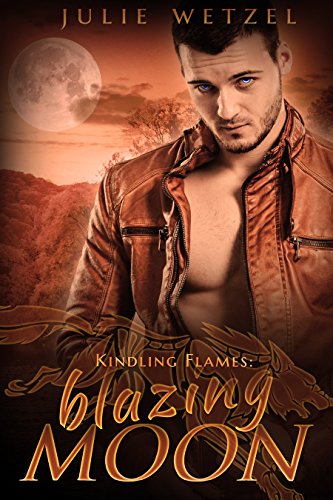 KINDLING FLAMES: BLAZING MOON is the newest release in THE ANCIENT FIRE series by Julie Wetzel. This paranormal romance series has had more than 100,000 reads and over 1,800 five-star reviews on Goodreads.
Trouble has once again found its way to Brenton…
When a pack of rogue werewolves makes a grab for the local pack's land, Rupert, the local alpha, does his best to keep the peace. Unfortunately, his people have been having some issues of their own that complicate matters.
When Phelan, Rupert's second, becomes the latest wolf to lose control over a simple dispute, Rupert is left with no other choice than to seek outside help.
Krissy, a human empath who stumbled on the scene, was able to help Phelan, but dealing with an entire pack of enraged werewolves is too much for one person to handle. With Master Darien on his honeymoon, Rupert turns to his next best choice—Elliot.
Now Phelan, Elliot, and Krissy have to discover what's driving the weres into emotionally savage rages before all hell breaks loose and destroys the wolves of Brenton. 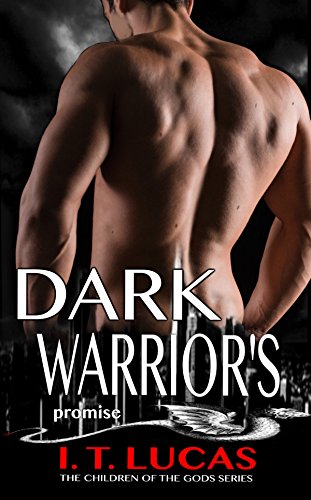 Andrew and Nathalie's love flourishes, but the secrets they keep from each other taint their relationship with doubts and suspicions. In the meantime, Sebastian and his men are getting bolder, and the storm that's brewing will shift the balance of power in the millennia-old conflict between Annani's clan and its enemies. 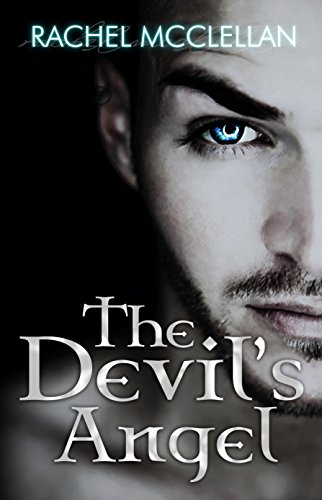 Lucien, a centuries old vampire, lives a solitary life with his mind and heart blocked to the past. But all that changes when he meets Eve, a witch who not only stirs an ancient power within him, but also teaches him to love again. This new life is threatened, however, when a powerful vampire who calls himself the Dark Prince vows to unleash a plague upon the earth. And he’s after Eve to help him do it.

To save her, Lucien will have to face the monsters of his past, but when they collide with the present, the consequences prove deadly, making his worst nightmare come true. 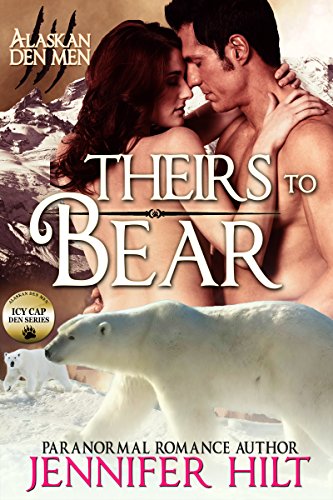 Deputy Tristan Barlow wants his best friend’s widow Liv Merrell out of Icy Cap. It’s the only way he can think of to protect her from the revenge-bent succubus stalking humans in his territory. As an added bonus, getting Liv away might shove her right out of his X-rated fantasies. And stop her from giving him a mani pedi—whatever the hell that is.

Stylist Liv Merrel no intention of leaving Icy Cap. Even if it means dealing with Tristan, the one man she finds too tempting to resist. But the dire straits her husband left her in and the fact she needs someone to teach her ice bear shifter son all the things a young werebear needs to know means she’s not going anywhere. Armed with hair remover and her iron will, Liv is opening Icy Cap’s overdue unisex salon, no matter what Tristan’s objections.

Soon their passion ignites and the feelings between them grow hottter than either ever expected. But when Liv’s son goes missing during a blizzard and the succubus returns with vengeance on her mind, can their newfound love survive? 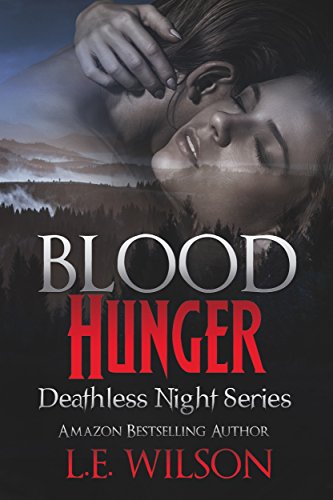 It’s been seven years since Nikulas’ brother walked out the door of his Seattle apartment and never came back. All Nik knew was that he was on his way to meet with the leader of a neighboring vampire colony who’d been causing trouble, and neither of them have been seen since. Now, with the first lead he's had in years, Nikulas discovers that a witch went missing around the same time. Coincidence? No way. And even better, she has a sister. And that sister is hot. Nikulas knows as soon as he sets eyes on Emma's strawberry-blonde head that he should stay away from her…the moment he tastes her blood, he knows he won’t be able to. Because Emma is HIS.

Seven years after Emma witnessed her sister’s kidnapping, there’s still no sign of what happened to her. She, herself, spent three months in the hospital after the “bear” attack, and still has the scars to prove it. Now, as day after day passes with no news of her sister, she has to fight against the loss of hope…until she gets a phone call from a seductive stranger who claims to have new information. He seems harmless with his teasing manner and Hollywood pretty-boy looks, but she can sense a predatory air of danger about him. Instead of warning her away, however, she finds herself irresistibly drawn to him, and agrees to go with him on a rescue mission to find their missing siblings.

Although Nikulas aches to keep Emma with him always, a ghost from the past won’t let him. And he soon finds out that she her own demons to fight. Determined to resist the Blood Hunger, Nikulas decides that she deserves more than spending her life with a vampire, even if it means losing his own in the process. However, Emma is just as determined to prove to him that they can fight their ghosts…together.