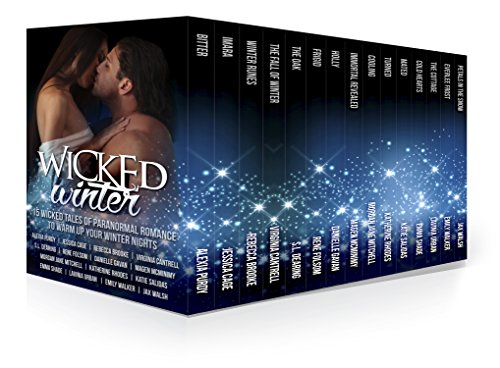 Warm up your chilly nights with 15 stories by some of today’s hottest USA Today, and Amazon bestselling authors as they tell you tales of vampires, shifters, elementals, fae, and demons trying to find a little love this winter.
All proceeds will be donated to help support the Alzheimer’s Association in the fight to find a cure. 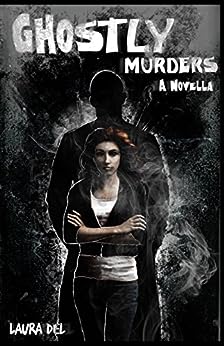 PI Samantha Davidson is at it again in her newest novella Ghostly Murders.

When Samantha is called in by her partner Detective Lance MacDowell to investigate a murder in a suburb of Chicago, she gets more than she has bargained for. It turns out that not only is the body somewhat maimed, but the FBI is involved. Specifically, a very special agent named Brennan, who doesn’t seem to want to cooperate with the Chicago PD or Samantha. All because the PI can do something no one else can do… she can talk to the dead.

As Samantha is bombarded by a ghostly hoard of female victims, she must deal with the fact that she is investigating more than just a typical murderer. She is now hunting a serial killer.

With the help of the ghosts, she will try to catch this killer before they strike again. If only any of the victims knew what this psycho looked like…

In typical Samantha Davidson fashion, this novella is filled with ghostly surprises, darkly funny moments, and thrills that will keep you on the edge of your seats. This paranormal mystery showcases more of the lovable, strong and quirky private investigator that is Samantha, and it will leave you begging for more. 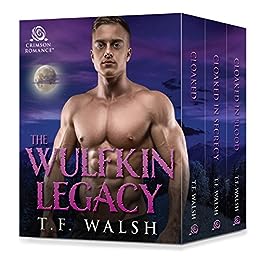 T.F. Walsh's wufkin packs offer a dangerous tribe of sexy, powerful shifter alphas who know how to get what they want in a world gone mad. Indulge your inner wolf with these three stories of loyalty, lust, and love!

Cloaked: When someone steals the endangered bear cubs she's assigned to protect, wulfkin Daciana must locate them or lose her job and return home in disgrace. The sexy inspector on the case, Connell Lonescu, isn't making this any easier. He's convinced relationships are a waste of time, even if he is attracted to the secretive woman – and Daciana's wulfkin rules forbid relationships with humans.
Cloaked in Secrecy: Enre Ulf, a former member of the ruling wulfkin tribe, plans to infiltrate Alena Novac's circus clan and take out its alpha to save his home in Transylvania. Except he never expected his wolf claiming Alena as his mate or feeling compelled to save her brother, who was jailed for a murder he didn't commit. With the police closing in and the blood feud threatening them, Alena and Enre must overcome their pasts to save their packs' futures.
Cloaked in Blood: Selena Kurt agrees to an arranged mating to protect her sister from a dangerous alpha from the enemy clan. To her surprise, her match is Marcin Ulf, the wulfkin who broke her heart years ago. Before they can be paired, however, they're drawn into a tournament where Marcin will compete to free his imprisoned brother while Selena battles for the life of another wulfkin alpha. Both intend to seize this chance – even if it means facing off with one another just as their romance rekindles.

Bridget Gideon’s day has just gone from bad to bizarre. On the run from her drug-dealing ex-boyfriend, she falls through a rip in space-time and lands on a frozen planet inhabited by an alien species — who turn out to be the Celtic gods of old.

The planet may be chilly, but the sexy prince who rescues her is all kinds of hot. Ciarin has spent centuries in solitude since a vindictive curse locked his planet and his people in an icy sleep. His unexpected visitor may not thaw the world, but she soon kindles his desires.

As they work to find a way for Bridget to go back home, the heat between them blazes out of control. Then Prince Ciarin is offered a shocking choice: he can save his planet, but only if he sacrifices the woman he’s come to love. Has Bridget found the man of her dreams, only to be betrayed once more? 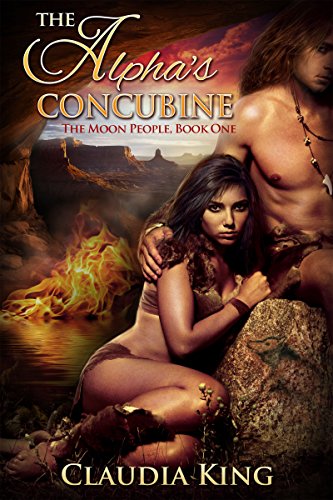 Taken from her people. Claimed by an alpha. Forced into a new life.
In a time before tools of metal and houses of wood, tooth and claw rule the wild places of the world.

The Moon People have been enemies to Netya's kind for as long as the stars can remember. They are monsters, demons, men and women who take the shapes of beasts. The murderers of her father.
An outsider taken as a prize by the pack, Netya must overcome suspicion, rivalry, and the division of her own heart as she grows to realise that monsters wear many different faces.
Among the Moon People she uncovers the potential of a life she never knew existed. The chance for a woman to become something more than a prize, or a mother, or a concubine. But as the alpha and others vie for her heart, the powerful huntress Vaya seeks to purge Netya from her pack.
Before Netya can decide where she belongs, she must endure the trials of love, hatred, and heartbreak. The girl taken as a trophy must become a woman. 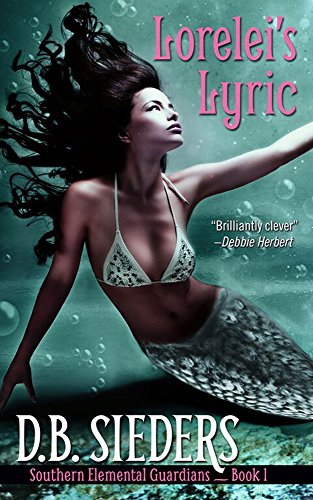 If Lorelei sings, someone will die.

Her beautiful voice once cost a life. Still, music is her passion. What’s a mermaid to do? Run off and live vicariously through mortal musicians!

Unfortunately, gorgeous rocker Vance Idol almost succumbs to her siren call after his show in Nashville. Not that Vance cares—not since his girlfriend’s fatal overdose left him with a supersized death wish. Lorelei makes it her mission to undo the damage and help this talented and charismatic man on the eve of his band’s big break.

But saving a mortal man is a dangerous proposition. Lorelei could far too easily lose her heart, and quite possibly her immortality, during her American holiday. Bad boy Vance might be worth the risk.

Can their love survive his attitude, her fins, and an evil Pixie with a grudge against them both?