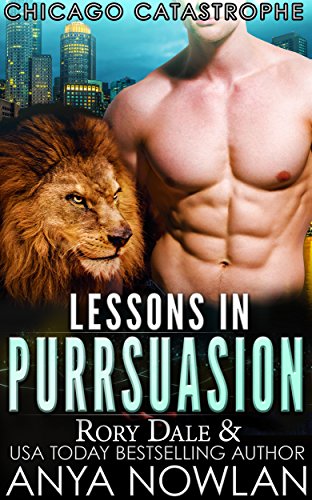 Stone Calloway thought he left behind his life of violence once he hung up his sniper rifle and settled into an easy routine. But just like this werelion ex-SEAL doesn't know when to relax, the world doesn't know when to leave him be, either. Called in to help an old friend get back his sister, Stone begrudgingly steps back into the world of organized crime, shifters hunting shifters, and everything that comes with it. He would have never guessed that the right woman could make him see all of it differently…

Selina Rozack wanted nothing more than to run her business in peace, but the curvy woman never stood for injustice and that got her in trouble with the wrong people. Or, well… the wrong shifters! The Crimson Claws, a shifter mob organization, is after her, and they're not the only ones. Stuck between two men who both think of her as theirs, Selina has to fight tooth and nail to prove that she's her own woman. The fact that one of the men is impossibly sexy and completely irresistible doesn't help at all. With a surprise pregnancy thrown into the mix, things start looking grimmer by the day… But maybe that's exactly what she needed? A blessing in disguise.

Can Stone show Selina that he's not just another possessive shifter out to claim her, and can she see him as more than an assassin? Or will the Crimson Claws catch up with them both before they can make up their minds, robbing them of their futures and their baby… 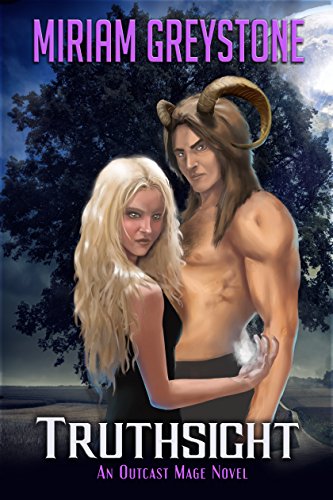 Doctor Amy spends her nights running a secret clinic for supernatural creatures. When she is forced to use her magic to save the lives of a centaur infant and its mother, she vows never to regret her decision, no matter the consequences. Not even when the Mages capture her, beat her, and condemn her to die.

Before the sentence can be carried out, Amy is abducted by a mysterious being named Rowan, who demands she use her healing abilities to save his father. But when Amy fails to save the ailing man, her actions unintentionally force Rowan into an exile that will soon turn into a death sentence.

Now Rowan and Amy must join forces with the creatures who were once her patients and fight to uncover the one secret that may be powerful enough to save them all.

One Down: Bayou Heat 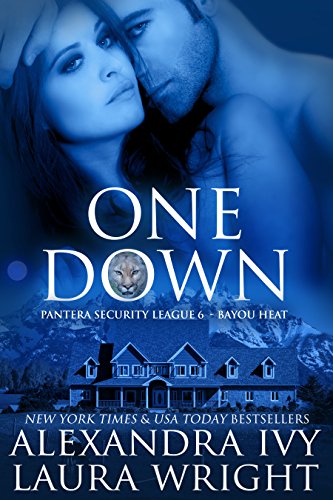 The Pantera Security League
Six shifters, representing all factions, working deep undercover. They prowl through the gray area between good and evil, willing to do whatever is necessary to protect their pack.

Cerviel is trained not to feel and not to get attached. But when he sees the female naked and bruised inside the cage, every instinct he’s forced down surges to the surface. Like him, the female is broken and alone in the world. But if he gives in to his raw, possessive nature, his cover will be blown, and danger will befall everyone he protects.

Now that he’s found her, he can’t let her go…

Five years ago, Hallie was taken from her family, both parents murdered before her eyes. As a child she had been given Pantera blood, and her power is undeniable—especially to the ones who want to use her. Free now, she must go to the Wildlands, a place she knows nothing about, to solve a mystery no one will revea

Ella and the Beast 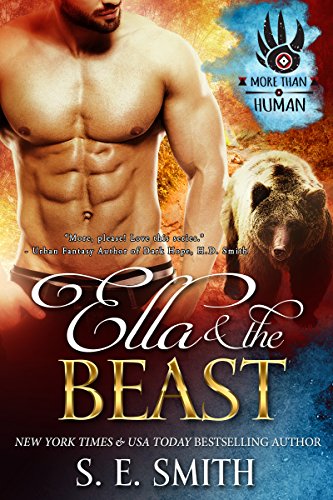 Ella is the last of a dying breed of humans that live hidden deep in the forests of Washington State. All of her life, she has heard horror stories about the Others, the beasts that live beyond the safety of the mountains. In ancient times, humans and the Others lived together in peace, but a great battle divided them and the shape-shifting species won the war.

Ty Bearclaw, a grizzly-shifter, is the curator at the Washington State Animal Sanctuary, Research, and Observation Center (WSASROC). A call from a rancher about an unusual animal causing havoc along the borders of the National Forest brings him to the Olympic Mountain National Park. Ty is furious when he discovers that the rancher has placed a trap to capture the creature on government-protected property. His shock soon turns to horror and confusion when he locates the wounded ‘animal.’
Ty finds more than he expects when a human, thought to be extinct, turns up in the trap. What is even more confusing is his bear’s reaction to the female. When word escapes about his discovery, Ty must fight to protect the unusual woman who is more than an oddity – she is his mate!

Can Ty keep Ella alive and safe from a shifter obsessed with adding her to his private collection? Not only that, can he protect her when his own government threatens to take her away from him? 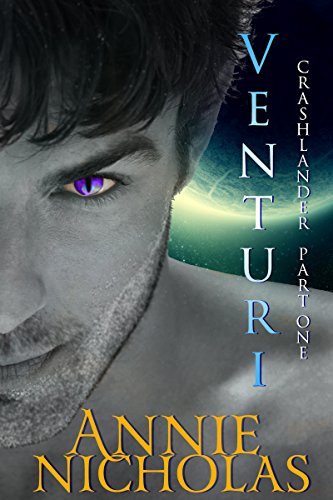 I grew up in space.
Never been on a planet, let alone an alien one.
We crashed—I crashed—our ship on a huge green world.
Communications were down, the ship was broken in two, the crew mostly injured, and there were things out there. Animals with razor sharp teeth.
The emergency beacon lay on the other side of the jungle, our only way to call home, and I drew the short straw.
I was doomed before I ever stepped out of the airlock.
But we weren't alone…

Part one of a serial about a human traveler, her alien mate (not that she knows that yet), and an adventure through which he's determined to keep her alive, and safe, and entirely his.
Warning: hot aliens, short serial, cliffhanger.
Full serial in one boxset will be available in October. 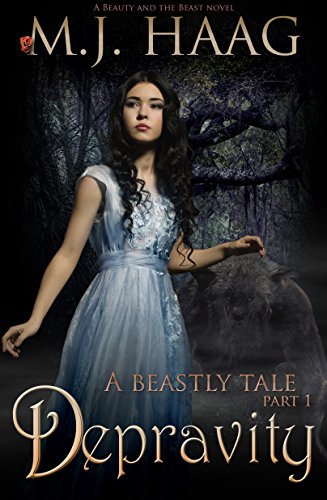 A classic fairy tale with a new twist, the Beastly Tales saga begins with Depravity.

No one enters the estate…
Sixteen year old Benella is concerned with two things–avoiding the two village boys who torment her and scrounging for food to help feed her family. Unfortunately, the best wild fruit and vegetables are near the walls of the estate, a dark misty place inhabited by an unforgiving beast.

The beast punishes all who trespass…
When her tormentors lock her behind the massive gates, Benella knows her fate is sealed. Yet, the fate isn’t one she expects. Her encounter with the beast starts a bizarre cycle of bargaining for her freedom, a freedom the beast seems determined to see her lose.