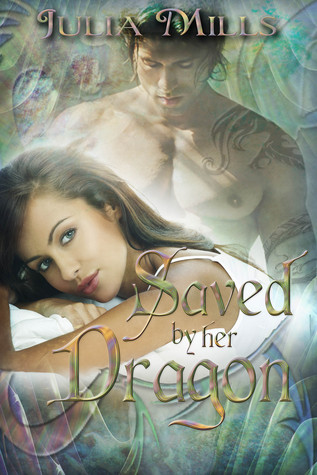 Book 5 in the Dragon Guard series. The books can be read as stand-alone stories, but it is advisable to read them in order to get the most enjoyment from the series.

There Are No Coincidences…
Devon’s heritage has given him a unique perspective of the world around him. His father was one of the fiercest Guardsmen in history and his mother, a very talented and highly respected Healer. At the age of his transformation he chose to follow in his father’s footsteps and become a Guardsman still carrying the belief and wisdom of his mother’s clan in his heart. That, along with his complete trust in Destiny, may be all that saves the One the Universe made for him.

The Universe Does Not Make Mistakes…
Orphaned as a child and raised by powerful Earth witches, Anya Sloane thought her life was pretty normal and relatively happy until the night she left the family farm and headed into town. Abducted and left for dead outside the hospital, she spent the better part of a month fighting her way out of a magically induced coma only to wake and find everything she’d ever known was little more than smoke and mirrors.

Fate Will Not Be Denied…
Anya is the light of his soul and the only woman able to tame the beast within. Devon has the strength and knowledge she will need in the coming days. Together, they just may be the key to saving Dragon kin. All they have to do is defeat the traitor…but that means they have to find him first.

This book contains mature themes and explicit sexual situations It is intended for mature audiences of 18+ years of age.

Just when she thinks her life can’t get any worse, Taylor meets alpha wolf Alder—the most caring, gallant, and handsome man on the planet. On the run from the police, there’s no way she could possibly get involved with him. But somehow she does anyway.

Alder seems to be convinced that the two of them are going to live happily ever after in his mountain territory. But between looming pack wars, her dicey past, and his twin brother—the most obnoxious, sadistic, and handsome man on the planet—Taylor has a feeling that her new life among werewolves may be just as complicated as her human one.

Warning: Two strong wolves getting exactly what they deserve. Includes wilderness nookie, shifters being naughty in public places, the MidnightSun as a canopy for seduction and grizzly shifters on the loose. Oh, and don’t forget the sarcasm.