After twenty years the road has brought Caleb Cade home.

Running from a broken heart and the hangman’s noose he followed it across Europe; searching for happiness in a pretty girl’s smile, the turn of a card and the depths of a brandy glass. Instead he became a womaniser, and then a thief living behind a charmer’s mask until, finally, the road ensnared him in insanity and murder.

It is 1708, the Age of The Enlightenment, and, in the shadow of the nearly completed St Paul’s Cathedral, Caleb Cade has returned to London a broken man; incapable of love and terrified of the grave, his only friend the half imagined ghost of his dead brother.

The road has now brought him home for there is nowhere left to run, and his only hope of redemption is to find the man he might have been.

Haunted by his own ghosts and demons, he relives the events of his childhood that led to the death of the only friend he had ever known, and the fear that The King of the Winter is forever peering through the window, all cold of heart and sly of eye, waiting to take him down to damnation.

But whilst one journey ends and another begins. He is befriended by a fellow libertine, Louis Defane, a strange little man around which strange things seem to happen. A man with an insatiable appetite for all the pleasures of life, a man who can seemingly bend people’s will to his own, a man with sparkling blue January eyes and snow white hair.

A man who might not be a man at all…

Book One of the dark romance series In the Absence of Light; a story of love, loss, vampires and the black hearts of men.
Book Two (A Bad Man’s Song), Book Three (Ghosts in the Blood) and Book Four (The Love of Monsters) are available now from all major e-book sellers. 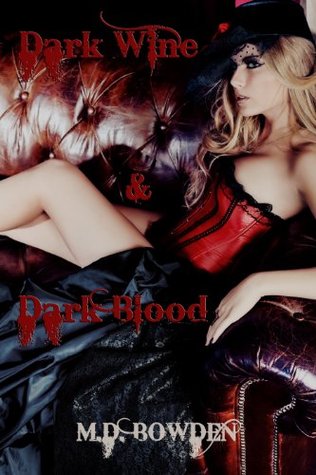 A DARK TALE OF BLOOD, POWER AND MAGIC

Romantic, compelling and brimming with sexual tension Dark Wine & Dark Blood will imprint on your mind and leave you with a thirst for more.

Sarah lives in a small Canadian town with her two daughters. When her husband disappears the same night she meets a beautiful and charismatic man her world is thrown into turmoil. What has happened to Jo? Who is this sexy mysterious man? As Sarah tries to answer these questions her life takes a dangerous turn. . . .

Cursed by Darkness by Anna Sanders 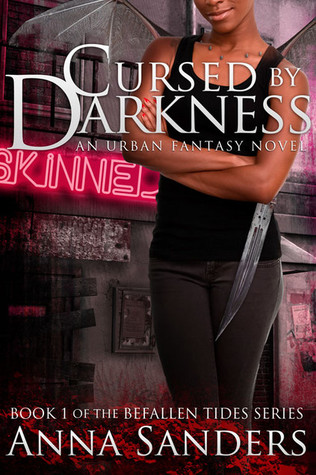 Keaton's friends and family are under attack by savages–people who arise from death as soulless monsters. Winx is the only one with the power to defeat them, and Keaton is determined to harness her dark powers… no matter what it takes.