Carrie and Sara Fleming are as different as two sisters can be.  Both in high school, Carrie is an outgoing soccer jock, trying to navigate the minefield of Varsity sports –and dating.  Sara is a talented musician, who wants to spend her senior year focusing on graduating and getting into a great music school.  Both of their lives change forever when Sara inadvertently finds herself engaged to marry Lucien Gargouille, prince of an ancient race of gargoyles.

Sara has no interest in marrying anyone, but a vow spoken in the moonlight has bound her to Luc – forever.  To make matters worse, there is a war brewing.  For centuries, the gargoyles have protected mankind from all the dark forces in the world.  But someone is making trouble, and trying to break the fragile treaty that has kept evil at bay, and Sara has become a target.

Carrie sees the danger around her sister, but can only watch and wait, hoping that Luc and his Family can keep Sara safe.  After all, this is what they were born to do – protect the world from vampires, and all the other creatures, who would try to break out of their darkness.  But when the enemy makes a daring move, it falls on Carrie to save her sister, and to keep the two worlds from crashing together.

Save My Soul by K S Haigwood 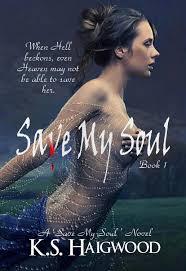 Kendra Larkin had everything going in the right direction. Her life was seemingly perfect, and she wouldn't have changed a thing about it. Unfortunately, the course of her life was about to be forever altered. A tragic rappelling accident lands her on Dr. Adam Chamberlain's operating table.

She agrees to a deal proposed by a guardian angel to help save the soul of the man who is both her doctor and soulmate. If she is successful, she gets to keep her life. However, she later learns that it isn't just her life that's in jeopardy, but her soul as well.

Even with the help of her handsome guardian angel, Rhyan, it seems there is no happy ending in sight. Torn between her newly discovered love of Rhyan, and the undeniable attraction she has for Adam, Kendra finds herself at a crossroad. With Adam's steadfast rejection of God, and his guardian demon conspiring against her, she fears her soul may already be lost.

Will she find a way to overcome the evil her life is suddenly burdened with? Or will Adam's guardian demon win both their souls and make Kendra his own personal puppet in Hell? 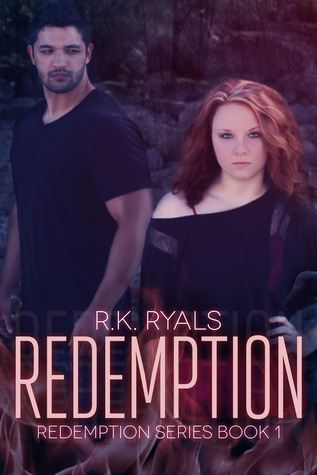 A fateful car accident, a strange Abbey ruled by an even stranger Abbess, an insane Demon, a world where right and wrong becomes dangerously twisted, and a confident, rebellious teenager . . . .

Dayton Blainey is a foul-mouthed, grief-stricken young woman forced to live with a religiously eccentric aunt who favors her moral older sister. But when Dayton's life becomes intertwined with a dangerous stranger, she suddenly finds herself at the center of a war fought since the beginning of time.

Trapped between what she believes is right, and a forbidden attraction, Dayton must come to terms with betrayal and her surprising lineage to stop a war before it even begins.