Nick Whittier, having been alive for six centuries, has had plenty of time to master three professions. In a typical week he works as a police officer, lawyer and doctor and still finds time to murder someone and drink their blood. He used to feel guilty about the killings, but now he restricts himself to only eating the worst members of society. Few people in Starside, Illinois seem to care about the untimely deaths of spam e-mailers, pushy Jehovah Witnesses and politicians. However, the barriers between Nick's three secret lives start to crumble when a mysterious man from his past arrives in town seeking revenge. Nick must move quickly to prevent the three women in his life, and the authorities who are hunting him, from discovering his terrible secret.

Dark Moonlighting is the first book in the humorous series.  It explores four of the biggest clichés in popular culture, and it pokes fun at a number of popular television shows including Law & Order, Bones and House. It also takes a more realistic and amusing approach to the vampire cliché. For example, the average human has the equivalent of five Big Gulps worth of blood in their body. Nick takes twenty minutes to kill someone and, like the vampire bat, must immediately urinate afterwards. 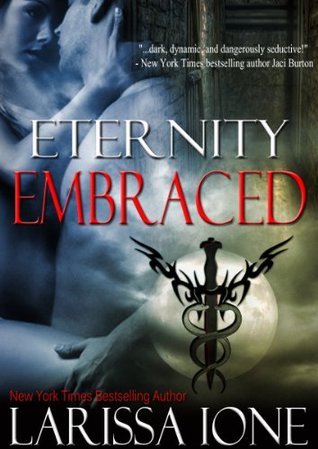 Demon slayer Andrea Cole has always taken down the demons and vampires she hunts without mercy. But when a fellow slayer is captured and turned into a vampire by a sadistic monster, she must choose between loyalty to her family and the man she loves.

Kaden Quinn has dedicated his life to slaying vampires, so when he is turned into one, his greatest nightmare comes to life. And when the woman he loves is thrown into a dungeon with him — as food — he must battle new instincts and old desires, and choose between his life, and hers.

True of Blood by Bonnie Lamar 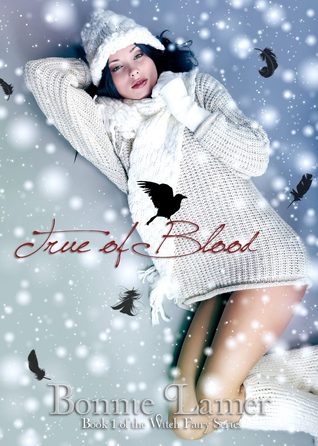 “I have a television so I know what a family is supposed to look like but mine is nothing like that. To begin with, both my parents are dead. Not the kind of dead where you bury them in the ground, say some nice words, cry a lot and then never see them again. Nope, when they died they refused to ‘go into the light’ or whatever it is you’re supposed to do when you die. Instead, they came back home. As ghosts. Have you ever been sent to your room by a parent who has no corporeal form? I have and it sucks…”

Xandra Illuminata Smith has lived for the last three years with ghosts as parents but her life gets even stranger after her seventeenth birthday when she finds out that her mother is actually a Witch in hiding and her biological father, whom she knew nothing about, is a Fairy and King of the Fae realm.

Xandra is the first Witch Fairy to be born in thousands of years for very good reason. No one should be able to control that much magic and Xandra was never meant to be born at all but her mother has managed to keep her hidden away until now.

The Witches want her dead and the Fairies want her blood, for only her blood will reopen the gateway to the Fae realm and allow them back into this realm to take revenge on humans and Witches alike for having banished them hundreds of years ago.

Xandra has very little time to learn how to use her powerful Witch and Fairy magic that has been bound since her birth while running from the Fairies who managed to jump realms and want to take her blood to set the others free. She needs someone to teach her and her parents enlist the help of one powerful Fairy who claims to want to keep the realms closed to each other. He will help keep her safe and alive as she learns, at least that's what he says…