Save 50% on the Complete Bundle Curvy Harper Bailey's adventure begins when a werewolf biker hijacks her car. But she never would predict where it takes her–on the run, across state lines, into a secret lair, and against a vampire mob boss. But the greatest ride of all is the trip her heart takes with the roguish Levi Harris. Werewolf Levi Harris has a habit of going off half-cocked and getting into trouble. But this time, the trouble just might prove fatal. He’s stolen a trove of information from a powerful vampire mafia network, and they won’t rest until they get it back—and get revenge. His only chance of survival is to extract the information and put it to use before the bad guys catch up with him. Curvy bombshell Harper Bailey is a good girl with a weak spot for bad boys. When Levi appears, she thinks her dreams have just rolled up on the back of a motorcycle. Little does she know that he’s about to hijack her car and take her straight into the crossfire. But Levi himself might just prove the greatest danger of all….

Xoe Meyers had a normal life. So she was stuck going to high school, and she only had a few friends to call her own. She liked her normal life. Things were about to change though, because there's a new guy in her small town, and he is anything but normal. Before Xoe can say, “Werewolf,” her best friend's life is in peril, and Xoe's world is turned upside-down. Then, of course, there's Jason. Xoe doesn't trust him as far as she can throw him, and given that he's a vampire, she'd have to be able to catch him first.

Touched by the White Bear by J J Jones 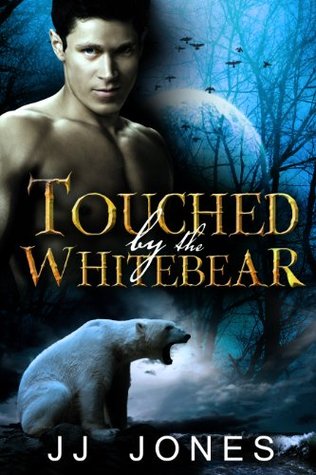 A MUST READ Interracial Werebear Shifter Romance Story (BWWM)… “Romance with Action, Adventure and Mystery!” When a man points a gun to her head and orders her to drive Tanisha fears for her safety. But little does she know, he is not actually a man…but a Werebear. Logan is one of a rare breed. A handsome bear shifter that can take on a Polar Bear appearance and the last of his kind. He is being hunted by the FBI who claim he is a danger to society. But he claims the opposite. Can Tanisha trust this musclebound, mysterious stranger? And is there more to this situation then meets the eye?