AFTER THE STORM OF THE CENTURY rips apart New Orleans, Adele Le Moyne and her father are among the first to return to the city following the mandatory evacuation.

Adele wants nothing more than for life to return to normal, but with the silent city resembling a mold-infested war zone, a parish-wide curfew, and mysterious new faces lurking in the abandoned French Quarter, normal will have to be redefined.

The Storm has passed, but as the flood waters recede, the body count continues to rise – Mother Nature couldn’t drain the joie de vivre from New Orleans, but someone or something is draining life from its residents.

Amidst the mayhem, strange events – too unnatural even for New Orleans – lead Adele to an attic where she accidentally opens a Pandora’s box – one that has been sealed for three hundred years. The chaos she unleashes threatens not only her life but everyone she knows.

Caught suddenly in a hurricane of eighteenth-century myths and monsters, Adele must quickly untangle a web of magic and follow the threads back to the source.

But who can you trust in a city where everyone has a secret, and where keeping them can be a matter of life and death – unless, that is, you’re immortal.

A Night of Forever by Lori Brighton 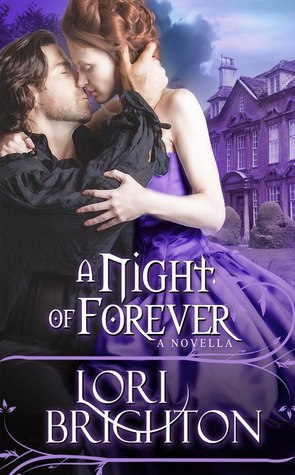 Who is Aidan Callaghan? Mary Ellen James is intent on uncovering the truth about the mysterious man. But as she soon finds out, some things are best left buried in the past.

In the aftermath of a battle that forced Ruby to flee the safety of the guardian angels, she settles into a small town, hoping to blend in and forget about the ones she loved. It isn’t until Hunter stumbles across her working in a bar and a well-timed email from Ivan Aleksandrov that she realised she could go back to Sage Sanctum—for a few days, at least.

Out for revenge, Lucian will stop at nothing until he has Ruby for himself, but he isn’t the only one that needs her. The council, a group of gods/goddesses have a mysterious hand in Ruby’s return to Sage Sanctum and Mr Aleksandrov is eager to find out what it is.

Destroying Lucian is the least of her worries when Ruby comes face to face with Eli De Luca, the love of her life. It seems her departure has affected him more than she thought it would, but his frustration with her isn’t strong enough to hide the electricity that crackles relentlessly between them.

Determined to end her very real nightmare once and for all, Ruby fights the biggest battle of her life, one that affects not only her, but everyone involved.