It's tough being a faery in New Orleans, a city fraught with vampires… especially when their very existence drains your life-force.

Willow Rhoswen, owner of The Fated Cupcake and part-time vampire hunter for the Void is having a rough week. Four years after her twin brother's mysterious death, Willow's life is threatened and the director saddles her with a new partner–her ex-boyfriend, David. To her horror, he's turned vamp, which causes her physical pain whenever she touches him… and any other specimen of the undead.

In order to save Willow's life, David agrees to turn double agent against the most powerful vampire organization in New Orleans. Or so he says. And she's convinced they know something about her brother's death. Unsure where David's loyalties lie, she turns to Talisen, her childhood crush, to help her solve the mystery.

Caught between two gorgeous men and a director who'll stop at nothing to control Willow's gifts, she'll have to follow her instincts and learn who to trust. Otherwise, she risks losing more than just her life.

Before the Moon Rises by Catherine Bybee 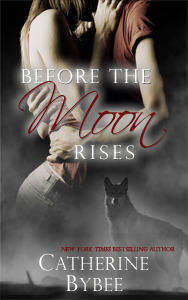 After a twelve-hour shift in a busy emergency room, Janet O'Brien is beat. Her last patient arrives unconscious and naked. She's lead to believe he's a psyche patient off his meds. However, once he awakens, Janet is charmed by his million-dollar smile and agrees to give him a ride home.

Werewolf, Max Ritter notices the sassy nurse when he wakes after a night under the full moon. Unfortunately, his archrival is drawn to Janet as well. In order to keep her out of harm's way, he opts to keep her close. When the chemistry between them sparks, Max discovers a completely new reason to keep Janet safe.

How far would you go to save everything you ever loved?

Kaliel was warned about her love for the Ferryman. One day he will marry the land and leave Avristar forever. She doesn't listen, and because of what she is– a Flame– one of nine apocalyptic weapons, she sparks a war. In a desperate attempt to save her home and her love, Kaliel tries to awaken Avred, not knowing she may have to make the ultimate sacrifice.