On her own since the day she turned eighteen and left the group home where she grew up, twenty-five year old Alexa Ryan has made a comfortable life for herself. She has a great job, the perfect apartment, every material possession a girl her age could desire. Unfortunately, she also has an unusual condition which has forced her to keep everyone at a distance.Ethan Kellar has spent his entire life running from destiny. When he was just a boy, a powerful seer prophesied his role in events that would determine the outcome of the secret war his people had been fighting for centuries. A role he was determined not to accept, leading him to avoid letting anyone get too close, until the night Alexa fell into his arms.Drawn to her in a way he has never experienced, Ethan decides to take the ultimate risk by trusting Alexa and revealing to her all he truly is. Thinking she is an ordinary woman, he believes she is the key to preventing the prophecy from being fulfilled and allowing him to live the life he has always wanted, one he chooses. Having been so consumed with the desire to determine the course of his own life he wants no less for Alexa and knows he must tell her everything, give her a choice. Before that happens they surrender to the intense physical attraction between them and he realizes too late that in trying so hard to change his fate, he may have set the events of the prophecy in motion.

In that moment, Ethan makes the most difficult decision of his life and does the only thing he can to save Alexa. He walks away.

Consumed by grief, Alexa falls into a deep depression until she learns her brief encounter with love resulted in a child and somehow finds the strength to put herself back together for the sake of her baby Chloe.

Nearly two years after Ethan walked out Chloe develops an unexplained illness which sends Alexa in search of anything that can help. Her pursuit leads her back to Ethan and thrusts her into his dark and mysterious world, unlocking the secrets of her past and revealing threats to their future. Together, Alexa and Ethan fight to protect Chloe and their love, but there is one battle Ethan fights alone as he struggles to choose his own path and avoid the choices of fate.

Descension by B C Burgess

A Magical Journey of Epic Romance

Layla
After three years caring for her dying mother, Layla Callaway learns she was adopted under unusual circumstances. Following a cryptic message to seek her birth family in Oregon, Layla uproots her life to find out the truth about her past. And herself.

Quin
Quin's natural charisma is attractive to plenty of women, but he longs for the one he's been dreaming of his entire life. When that day arrives, not only is he breathless, he's confronted with the challenge of a lifetime – an innate need to keep her safe and forever by his side.

The Enemy
Through manipulation and dark magic, Agro uses the powers of others to elevate his supremacy and wealth. When he discovers Layla didn't die at birth, he sets out to find and possess her.

Stretching from coast to coast and teeming with loathed villains and beloved heroes, The Mystic Series is rich with emotion, magic and intrigue. Whether the reader is laughing, crying or falling in love, they'll find themselves invested in Layla's fate through the rich dialogue and emotionally driven characters that weave the web of this fiery tale. 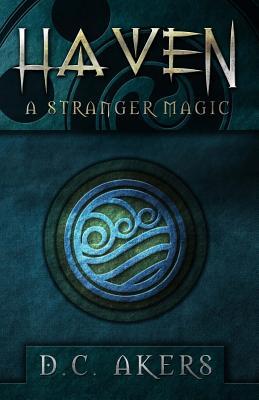 Sam Dalcome thinks he is so completely average that no one ever notices him. Until he discovers a mysterious stranger outside his home. Bewildered, he tries to uncover the stranger's intentions. But Sam is sidetracked when he and his friend Travis discover a secret passageway deep in the town's quarry that leads to a hidden cavern. What they uncover next will not only change their lives forever, but will uncover the first clue to a deadly Dalcome family secret. Sam finds himself drawn into a world of mystery and magic he never knew existed, which brings him closer to a destiny he never knew was possible.

HAVEN SERIES: Known as a place of refuge, Haven is a sanctuary for those with supernatural abilities. Decades of peace between the Witches, Vampires, Goblins, Elves, and Orcs is coming to an end. Now the once tranquil world is shrouded in deception and corruption. Dark secrets tear at the very fabric of their alliance giving way to an evil that stirs in the shadows. Exhilarating and utterly gripping, the HAVEN series is an action-packed journey full of suspense, magic, mystery, and intrigue.