Forced into a world of ancient magick and fabled creatures, vampire Rhowen Vasile has been honored with the prestigious appointment of executioner—a promotion she never wanted. Now she has two important responsibilities: execute criminal vampires and protect her race’s Kamen, one of five ancient relics said to harness all magick in the DarqRealm.

When the Kamen Rho swore to protect goes missing, she’s assigned the most important task of her life—join an interracial team with a magick mover, a werewolf and a shape shifter to recover what’s been lost. If she fails, the executioner will become the executed, and the magick held within the relics could be lost forever.

As other Kamens start to disappear and the teammates struggle to trust one another, Rho discovers a physical bond with a powerful magick mover that shouldn’t be possible. With the survival of the entire DarqRealm compromised, she barely has time to deal with her temperamental teammates, much less a forbidden attraction. Rho and her team must put everything aside to find what they seek—before the enemy finds it first.

Love is Darkness by Caroline Hanson 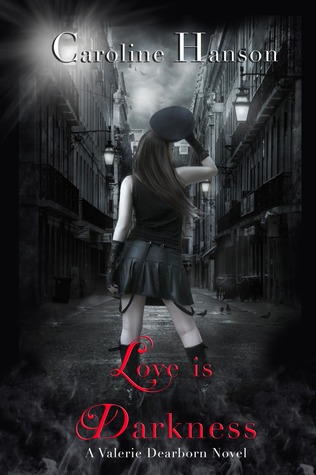 In London for graduate school, Val knows she's finally free. Her father and ex-almost-boyfriend are back in California and she's out of the Vampire hunting biz for good. Or is she?

Can she keep those she loves alive, stop Lucas from munching on her, survive a fanged revolution and still find a way to have that boring, normal life she’s always wanted? Probably not, but boy is she gonna try!

Diary of a Vampeen by Christin Lovell 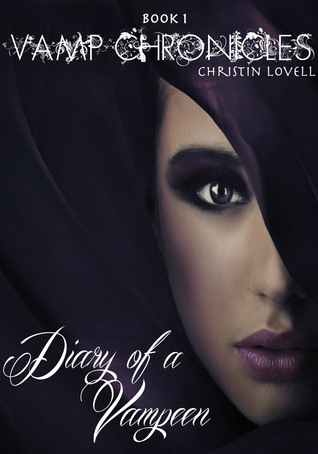 Imagine living a human charade for fifteen years and never knowing it. Imagine being provided less than a week to learn and accept your family’s true heritage before it overtook you. Alexa Jackson, Lexi, is abruptly thrown onto this roller coaster and quickly learns that she can’t change fate, regardless of how many lifetimes she is given. She will be transformed into a vampeen on her sixteenth birthday, she will be called upon to fulfill a greater destiny within the dangerous world of vampires, and she will have to risk heartbreak and rejection if she ever wants a chance at love with Kellan, whether she likes it or not.