When hot-tempered ambassador Amani Zarin makes a deal with her uncle to save her beloved homeland, she becomes America’s first desperate genie housewife. To rescue Jinnistan, she agrees to marry Jason Masters, the unexpectedly sexy scientist whose chemistry starts explosions in all the right places and who–with her assistance–holds the key to saving her homeland. She and Jason must navigate conniving board members, hostile ex-lovers, and nosy suburban neighbors to achieve wedded bliss–at least for 101 Nights.

To Have and To Hold is the first book in the 101 Nights series, an ongoing tale of love, lust, lies and loyalty that surround a beautiful genie and her new husband living in the New Jersey suburbs. This paranormal romance is available for $1.99 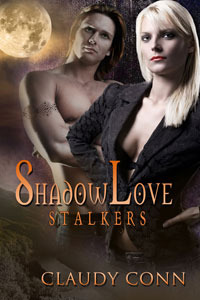 What do you do when your father wants to turn you into a vampire and the man who offers you protection has his own, dark agenda?

Shawna Rawley has no choice but to run. Pentim Rawley, one of the most evil vampires who has ever lived, has just discovered that she is his daughter. Now he’s obsessed with finding and turning her. She doesn’t want Pentim to find the people she loves and use them to get to her. She doesn’t want him to find and turn her. She has only one ace up her sleeve. The human in her may be at risk, but in addition to being half vamp, Shawna is also a white witch!

Chad MacFare has an offer for Shawna he thinks she can’t afford to refuse: he’ll protect her from Pentim and his minions. But Shawna doesn’t trust the sexy immortal. She knows he has his own agenda—he wants to kill her father, and he wants to set her up as bait…

DEATH WHISPERS:
Almost fifteen-year-old Caleb Hart is a Cadaver-Manipulator in the year 2025. When teens receive a government-sanctioned pharmaceutical cocktail during school, paranormal abilities begin manifesting… making the teens more powerful than the adults.

After Caleb discovers he has the rare, Affinity for the Dead, he must do whatever it takes to hide it from a super-secret government agency whose goal is exploitation.

Caleb seeks refuge in his new girlfriend, Jade, until he realizes that she needs as much protection from her family, as he does from the government.

Suddenly, Caleb finds that hiding his ability while protecting Jade and his friends is a full time job; can he escape the government, protect Jade and lose the bullies that are making him miserable?

App. 119,000 word count.DEATH SPEAKS:
Caleb’s in high school now and thinks the chaos of last year is behind him. Unfortunately, a serial killer is on the loose and children are his victims. Caleb agrees to help the police apprehend the murderer…until the killer takes notice of Caleb and his paranormal friends.Carson and Brett remain the bullies they always were and their posse continues to grow. How long can the two groups stay out of each others’ way before there’s a firestorm of retribution…The Government Graysheets continue to keep tabs on Caleb’s every move while Jade’s family threatens their relationship. Can they still be together even when events threaten to tear them apart?
App. 92,000 word count.DEATH INCEPTION:
Kyle Ulysses Hart and his team of scientists mapped the human genome in the year 2010. As Brain Impulse Technology came online… so did the long arm of the United States government. A covert, military-driven regime was born with genetic manipulation the key to future widespread control.When pharmaceutical laboratories, funded by the Graysheets, discover a way to unlock paranormal potential through compulsive inoculation, their exploitative dream is realized.Clyde and Caleb’s lives are predestined to intertwine as they cross paths, his history becoming Caleb’s future.A lone teenager named Jeffrey Parker, falls prey when he manifests the rare, Affinity for the Dead.The Graysheets abandon all pretense of stewardship, ripping him from his family for their nefarious purposes.

Can Jeffrey remain who he was destined to be in an environment exclusively built for mass control?