Alexander Lucas is a man of faith, casino owner and vampire. He should be living the Reno high life of riches and immortality. Instead, he wakes each night despising the blood on his hands and begging for a reason to continue on.The last beat of his heart took place shortly after losing his family to a gruesome and violent death. One snowy night, the creature who had been stalking him finally took his life, in turn giving him the gift of immortality. Yet, immortality to Alex is not a gift, but rather a curse to live in eternal pain.Nearly a century of tortured existence leads him to a dumpster in a dark alley where he finds a reason for continuing on. Nestled between bits of debris and rubbish a tiny infant wails for help. He calls for his best friend and guardian angel, Danielle, who explains to him that he has been chosen to raise this baby, for she would someday become a very powerful, natural witch. She tells him it is now his job to protect her from the enemy who wants her so badly, yet also to be her father.

Thinking this angel is out of her mind, Alex refuses many times until Danielle convinces him that the enemy, Malcolm and his wife Levine, cannot obtain the child and that they are, indeed attempting to find her. He must keep her safe, because if evil hands raise her than she will grow to possess the power to annihilate them all.

The Spell by Heather Killough-Warden

Dannai, who is also known as the Healer, has begun dreaming of werewolves. She’d always been able to hide the fact that she was a dormant, using her magic to shield the sweet, promising scent from the alphas she’s been forced to work around. But now that they’ve invaded her dreams, her world has really been turned upside down. For, though every dormant dreams of her intended mate – Dannai is dreaming of two wolves, not one. And neither one of them is good news. One is a notorious killer. The other is Lucas Caige.

Lucas Caige is a man with a haunting past. A warlock took his brother from him fifty years ago and he’s spent his life outrunning that dark magic. But fate has a way of throwing sand in your gears – and just when Caige thought he could forever leave behind the magic that brought pain to his life, his path crosses that of the Healer. Dannai unwittingly casts her spell over him the moment he lays eyes on her. She’s stunning, she’s kind, and everything about her wreaks havoc on his senses. 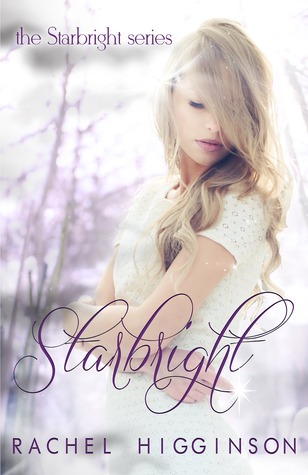 Stella is a Star, sent by a Council of Elders to live on Earth and protect the planet from the Darkness, a terrifying evil that would suck the good from every living thing and leave the planet empty and desolate. She has until her twenty-fifth birthday before the Protectorship becomes hers and Earth is left solely her responsibility.

Stella’s fate goes on fast forward as she struggles to balance the rest of high school with the duties of protecting humanity from the deadliest kind of evil.

With her parents and Seth, the boy intended to be her Counterpart, by her side she faces down demons and fallen angels in an effort to protect the last inhabited planet in the universe.

But evil is not her only enemy. She also fights her future as she tries to decide if she’s willing to give up her human relationships, especially that of her best friend Tristan, in order to save humanity.