Ava Delaney calls herself a hybrid – a living, breathing human who happens to have vampire poison running through her veins. The only thing greater than her thirst for human blood is her capacity for guilt. She does her best to avoid the human world, for everyone's sake.

When Ava accidentally enslaves a human while saving him from a vampire, she realises she has to look for help setting him free. Despite her misgivings, she expands her world but finds herself dragged into a possible vampire civil war. With the help of some new friends with ambiguous loyalties, she tries to find a way to keep her human, and herself, alive.

All Ava wants to do is forget about the vampires, but they won’t leave her alone. Between her failing business, angry landlord, disloyal friends, and vampire stalkers, life is starting to feel pretty stressful. When Ava finally deals with her biggest problem, she is caught up in the chain of events it triggers and taken along a path she can’t escape from.

Ava has to figure out what exactly is her biggest threat: the humans, the vampires, the Council—or her true heritage.

There’s a monster running around Dublin, and it’s up to Ava to catch it. The pressure’s on, and she’s becoming as cynical as Peter. But when a demon marks her friend, and a possible threat from England spells war, Ava’s left with a huge choice to make. The lives of one or many.

With a little help, Ava has the chance to win all of her battles… if the darkness doesn’t take her over first.

Adri Paige is too busy dealing with the emotional fallout from losing half of her family to deal with boys. At least she thought so until the two most intriguing guys in her new school take an interest in her.

Both boys are gorgeous and blessed with obscene amounts of money. They should have the emotional depth of note cards, but instead display undercurrents she doesn't fully understand. Rumors the pair destroys peoples' livelihoods seem ludicrous until she gets caught in the crossfire and her family almost loses their home. She's increasingly unsure either boy is really human, and their rivalry is rapidly turning deadly.
Broken is a 125,000 word YA Paranormal Romance and is a complete novel in its own right, but also represents one-half of a double novel when paired with Torn. Regardless of which book you start with, the two are designed such that you can continue on to the other in order to get answers to questions not answered in the book you started with. The series continues with Splintered. 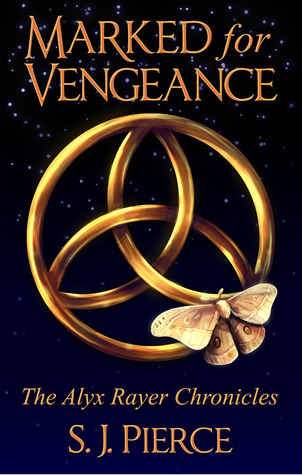 Alyx Rayer's existence in Atlanta, the eternally bustling capital of Georgia, is one of routine and blending in among the worker bees. But her ‘normal' life is actually a façade for a higher calling; she's a three hundred year old soul, encased in a human vessel and sent from the darkness between heaven and Earth to capture her Marked when summoned by her superiors.

During the initial, routine stake-out of her Marked, a dream prophet named Isaac Walsh, Alyx is thrown for an emotional loop when his allure captivates her heart from two rooftops away. The event marks the very instance when her sense of what's right and what's wrong is brutally challenged as her contact with him is strictly forbidden.

While already trapped between honor and desire, her emotional struggles are further challenged by a man in a black suit who continually pops up when she least expects it, his presence evoking a strange response from the scar she was branded with at birth. The scar tingles like a warning beacon, alerting her that something is amiss. Because her superiors never told her what this would mean, or much of anything except what to do when they summon, she can only conclude to try and keep her sanity, and her life, from completely shattering to pieces.

This engaging first book of the series is a Paranormal Romance novel interlaced with twists, turns, and thrilling suspense that is sure to satisfy readers of any genre.