“Sanctum Warriors is an enjoyable piece of writing designed to immerse the reader in a hot bath of fantasy whilst then toweling them off in a soft fabric cloth of romance…” – Sacramento Book Review on Sanctum Warriors: Shadow Havens Book 2

“Black's particular vision of the vampire mythology has a certain layer of conspiratorial politics, dark agendas, and all-out evil plotting to lend this novel a page-turning intrigue. Oh, you will have fun with this, guaranteed…” –
Sacramento Book Review on Sanctum Warriors: Shadow Havens Book 2

Ilea Galaurus may be running the Demesne, but all hell breaks loose when Micah Odera, a vampiric warrior of the Sanctum, spots Sebastien Galaurus in Saint Rushton. The Demesne’s dictator is determined to have his freedom with a select group of loyal warriors so they can enjoy hunting the humans of Saint Rushton. When one of his weres discovers Arabella D’Court sitting alone in a park, her scent tells him she is more than beautiful. She’s something special enough for Sebastien’s first meal in freedom. What the were doesn’t know is that Arabella isn’t like most humans. She’s a member of the Sanctum’s Basium Cruenta, an elite group of protected humans living at the haven to provide blood to Sanctum vampires.

She’s also the only woman Odera can’t shake loose from his heart. Arabella loves Odera deeply, even though he just can’t bring himself to watch her age or die. When he gives her the truth and tells her to find another, forces are set in motion that neither can control. After the brutal discussion, Arabella seeks the peace of a local park, but ends up trapped in Sebastien’s new lair. Her unlikely ally? A daemon healer named Lily, who has lived her entire life at the Demesne.

As Sebastien’s thirsts for violence and Arabella grow, Sanctum warriors head for Saint Rushton with kidnap or kill orders on the dictator’s life. They’ll have a little help from the hereafter, but it won’t be enough to stop the furies unleashed when they meet Sebastien’s warriors.

The Nightlife Series is violent, sexy, and occasionally violently sexy.

Vampires, Aaron Pilan and his master Michelle, live by one rule…

…no bloodslaves. EVER. Aaron breaks that rule when he meets Anastasia.

All Anastasia wants is to be loved and cherished, but the predatory men she’s attracted to bring her only pain and abuse. Escaping one train-wreck relationship for another, she finds happiness with Aaron and Michelle as a bloodslave, a pet.

When Aaron uses his telepathy to win thousands at the gambling tables, he attracts the deadly attention of the Colombian Cartel and Aaron and Michelle are disappeared. Addicted to the bite of her vampire lovers, Ana is desperate to find them.

Ana is trapped in the spiraling chaos.

˃˃˃ “Go grab a copy before this much fun is declared illegal.”

˃˃˃ “A no-holds-barred, easy-to-read romp that mixes fantasy, suspense, horror and romance, and does it well.

Find out what happens in the second novel of the Nightlife Series…bite into your copy today! 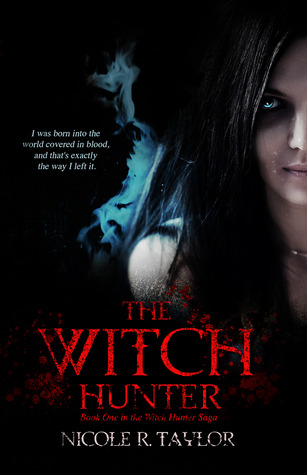 Zachary Degaud was twenty three when he died. The problem was, he didn't stay that way.
Present day, he's just another vampire with another unremarkable story. That is, until he manages to provoke a two thousand year old witch named Katrin, who wants to make him pay in the most horrible way imagined.
Along with his brother Sam, newly made vampire Liz and their only witch ally, Gabby, his only chance for survival is to summon the ancient and unpredictable vampire known as the Witch Hunter.
Zac is just looking for a way out of his psychopathic witch problems, but instead will find himself falling head first into a blood feud that has stretched thousands of years.

Aya has been asleep for the past 150 years, until she was awoken by a haunting call. The witch she has been hunting for thousands of years, Katrin, has resurfaced and marked a young, annoyingly arrogant vampire by the name of Zachary Degaud. Unless she does something, he will die a slow and painful death. He has given her an opportunity to end the witch, but does she want to help him or leave him to his fate?
Zac will get under her skin like no one else has and she just might find herself making the ultimate sacrifice before he is gone forever.

They will both have to choose sides and look deep within themselves before the end. But, what Zac learns about himself, will surprise him most of all.