The first book in a brand new shifter series!

In a discreet government facility in Chicago, scientists are trying to unearth the truth behind a group of people who appear to have the ability to shift into the form of animals.

Ensconced among the government officials, Blake Wolfcollar hides the truth of what he is, struggling between his desire to help those he’s a part of, while remaining undercover in his position …

The last thing Autumn Anderson expects upon starting her new job is the dangerous, sexy man whose touch seems to burn. But an accident unleashes a potential she never knew she held inside her, and Autumn and Blake find themselves on the run.

As their feelings for one another grow, they must fight to preserve the secret that could see the end of them both…

Book One: Autumn’s Blood, out now! 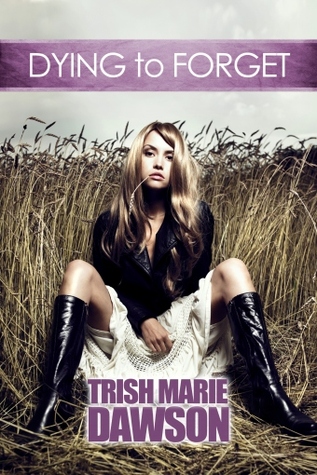 Sometimes the day you die is only the beginning of a new job.

Piper Willow dies the summer after her high school graduation and finds herself in a spiritual terminal called the Station. She's given only two choices: Move on to the unknown where she'll be forced to spend an eternity in her own personal hell or be trained as a Volunteer and return to Earth as the subconscious for a person in need of outside assistance. Does Piper have what it takes to save a life, to be the nagging voice inside another person's head? Or will she fail and end up lost and tormented…forever?

Tamara would risk her life to gain freedom. She's finally built up the courage to escape from a world of abuse by the hands of the man who promised her the world. One night she makes a break for it, but her plans backfire. She begins to believe that she was never meant to be happy. When all hope of freedom fades, she stumbles across a wolf that brings her to safety. She learns to trust the wolf, but has yet to trust the man.

Devin, potential future leader of the Caedmon Pack, returns to the foothills of his Virginia home after five long years as a lone wolf. Rivals within the circle challenge him and threaten to strip him of his true birthright. Being bound to lead the pack was not something Devin had planned for his life, but letting his people fall prey to turmoil under the rule of his cousin Darius is out of the question. The night of Devin's rise to Alpha leader is approaching. Despite opposition, he's gained an impressive following. That is until he brings a human among the pack.

Tamara can't deny the attraction she feels toward Devin. The Alpha leader-to-be simply cannot resist Tamara's lure. When they are together, their tribulations take the backburner. Their desire for one another grows as they consummate their passion in wolf's haven. Will Devin forfeit the most coveted position within the Caedmon Pack to bond with his chosen mate? Can Tamara trust Devin with her mind, heart, body, and soul or will the memories of her abuse dissuade her from being bound to the wolf?