What if your whole life was a lie?

Alexis Ferguson thinks she has everything figured out, but has no idea how wrong she is. Set up on a blind date, she meets a gorgeous stranger and feels that she’s known him her entire life, but she has never seen him before.

He awakens in her many long-forgotten dark memories. Alexis needs to face the one who ordered her death years ago – and still wants her dead. Will she meet the challenge and accept her growing powers? Or will she try to run away from them? No matter her decision, she will end up fighting for her life and for those she loves.

Seth is a young man torn by fear and indecision. His life no longer in his hands, he fears an uncertain future where the only certainty is a life of servitude to the kingdom. Fortunately for Seth, he is not alone. His brother Garret too attends the choosing ceremony where their fates will be decided. Together the twins make their way to the castle city of Valdadore for the choosing ceremony but along the way Seth notices a strange new trend in his life.

Time after time strange circumstances befall him in what others might call a coincidence, but Seth knows something else is amiss and begins mentally cataloging each new and strange event. Learning his past is all a lie, Seth begins to fear more for his future as a dark goddess vies for his service to her cause. Seths loyalties and responsibilities begin to stack up as he makes friends and allies and even falls in love, but with the choosing ceremony growing ever nearer will he be forced to flee the kingdom into a life of exile, or choose to serve the goddess who swears that only through her will he find peace?

The Wishing Well by Holly Zitting 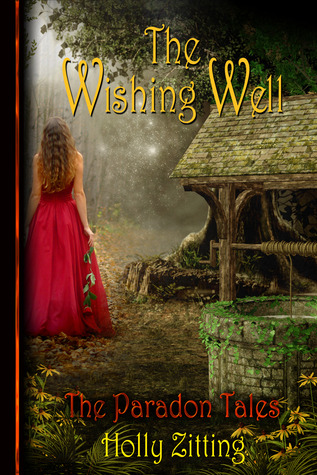 While hiding from her tormentors, in a wishing well, Aurora falls into the mystical land of Paradan. A place where fairies, trolls, dwarfs, and giants live hand in hand until King Tommit seizes control of the throne. She is then forced into a marriage with the fiendish king to cement his hold on the kingdom. Cassius, the stable boy, rallies the kingdom in order to battle for their freedom. While he continues to fight to rescue the girl he has fallen for.

Aurora accepts her new future to protect Evver, the fairy that has become her lifeline, and Cassius the boy she longs for. Will they be able to stop King Tommit before the vows have been said? Or will Aurora be forced to live her happily ever after with a monster?