The year is 3048, Earth is no longer habitable, and man has fled to the stars where they’ve discovered the secret of immortality—Meridian. Unfortunately, the radioactive mineral is exorbitantly expensive and only available to a select few. A new class comprised of the super rich and immortal soon evolves. The Collective, as they’re called, rule the universe.

Two-thousand-year-old Ricardo Sanchez, vampire and rogue pilot of the space cruiser, El Cazador, can’t resist two things: gorgeous women and impossible jobs. When beautiful Skylar Rossaria approaches him to break a prisoner out of the Collective’s maximum security prison on Trakis One, Rico jumps at the chance. Being hunted by the Collective has never been so dangerous–or so fun!

Seventeen year old Alexis finds herself on the eve of her eighteenth birthday. What generally means a step into adulthood instead opens its way to a terrifying truth about not only her family, but herself. She comes from a long line of vampire hunters, and her real dad wants her to carry on the family quest. At the same time, she is falling for a new boy at school who has his own secret. He is a vampire. Alexis is forced to make a decision from which there is no turning back. – Will she deny this newly discovered heritage, or embrace it.

This novel is approximately 64,000 words in length – 322 print pages long – and is the first in a completed and published four book series. Be sure to check out Hybrid, Sacrifice, and Destiny in the Nevermore Series!

A Touch of Midnight by Lara Adrian 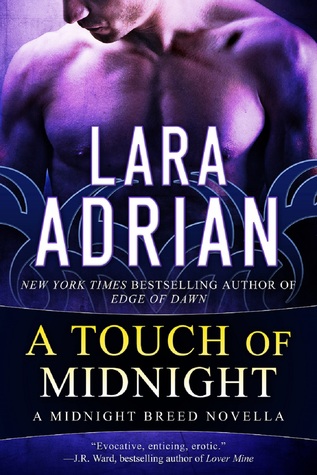 Savannah Dupree is a freshman studying at Boston University on a full scholarship. But academic excellence is only one of her gifts. Savannah possesses something even more remarkable than her quick mind and insatiable curiosity for learning. With a simple touch, she can see an object's past–a skill that puts her life in danger, when her studies bring her into contact with a centuries-old English sword and the terrible secret hidden within the blade's history.

In all his three hundred years of living as one of the Breed, vampire warrior Gideon never dreamed he'd see the blade again that spilled his young brothers' lives ages ago in London. Ever since the boys' deaths, Gideon's been on a personal quest to rid the world of Rogue vampires, but now he can't help wondering if the brutal slaying was something more sinister–an act perpetrated by an unknown enemy. An enemy who is apparently living in hiding somewhere in Boston. There's one certain way to prove Gideon's suspicion, but it will mean using innocent, gifted Savannah to help uncover the full truth–a truth that will shatter everything she knows about herself and the world around her. And with danger closing in from all sides, the passion that ignites between Gideon and Savannah will tempt them to risk their hearts and lives for a love that might just last an eternity….