How long can a wolf wait for his fated mate?

Adam has waited an eternity for his mate. After three thousand years of searching he's almost given up hope that he'll ever find her… almost convinced himself that God has forsaken him to a life of solitude.

Cassie is heartbroken. At just 23 the buxom, beautiful werewolf has found herself caught up in her mother's Machiavellian power struggles, forced into an arranged marriage with Lucius, the cruel, violent alpha of the Ironclaw tribe. When the Long Night arrives Cassie will become his property, to do with as he pleases.

Imprisoned in Lucius' summer home with Megan, a gutter-minded 400 year old teenager, and Rutherford, a senile housekeeper who can't remember where he left his trousers, Cassie has almost resigned herself to her fate. She'd never dare go against her mother, and to reject Lucius would lead the weak Darkfangs into war with the mighty Ironclaws. Cassie knows she has no choice but to sacrifice her happiness for her tribe…

… And then she picks up a scent on the breeze, and everything changes.

The First Alpha is a tale of love against all odds; of betrayal, scheming and intrigue, and of two lost souls linked together across time.
Click the following links to view:
Amazon


FREE READ OF THE DAY

All 18-year-old Celeste Garrett wants is to head off to college and make those fun, yet ill-advised, choices college kids are known for. And maybe to spend some time with the hot cameraman she just met. Instead, because of a pact her ancestors made in the 17th century with a mythical creature, she has to save the world.

While normal kids are slamming energy drinks and cramming for exams, Celeste will get her adrenaline rush fighting a fire breathing dragon. She wants to meet friends in the quad to exchange lecture notes, but first she must exchange blows with a shapeshifting demon on the rooftop. Life isn’t always fair for a superhero, but at least she doesn’t have to do it alone. With her brother and sister as sidekicks, they alternate between saving lives and getting on each others’ nerves. Together the trio encounters unspeakable odds, mystical forces and comes face-to-face with an image that will haunt them forever—their grandmother in a leopard print bikini. 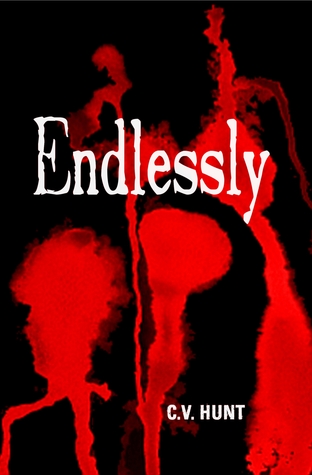 When Ashley walks into a shop run by the vampire, Verloren, they both get the surprise of their lives. Ash is about to learn that she’s not just another pretty young woman, while Verloren is astonished to find himself falling in love. But how can a vampire love a human? And what if the human isn’t as human as she seems? When Ash’s true nature reveals itself, the entire power structure of the world’s outsiders teeters on the brink of destruction. Verloren and Ash become more and more terrified as they grope their way toward the ultimate truth: that they hold the key to something much larger than their own survival.