Cici Trent, vampire and media darling, spends her days finding true love for humans and supernaturals (the “Others”) at her dating agency. But someone is trying to sabotage her business and she needs help. Unfortunately, the best man for the job is the one who broke her still beating heart two hundred fifty-four years ago.

Deacon is a patient vampire. He’s only loved one woman in over three hundred years— CiCi— and she chose another. So when she shows up in his office asking for help, he finally has the chance to lay that demon to rest. He’ll help her, but for a price—a night in his bed.

Adrenaline, mischief, and a little late-night B&E light the passion that even a couple of lifetimes couldn't put out. But Deacon has a secret and when Cici is suddenly mortal, his deception might be the only way restore her immortality. Can love bridge the gap between a heartbeat and forever?

Add it to your Goodreads shelf

Beyond the Eyes by Rebekkah Ford 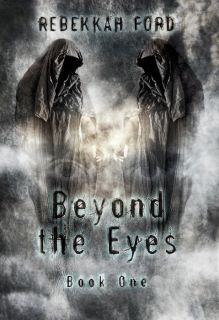 Paige knows evil exists in this world, but she never imagined it would want something from her.

In the small town of Astoria, Oregon, surrounded by deep forest and endless mountains, another world thrives . . . a menacing one where dark spirits dwell in soulless humans. Seventeen-year-old Paige Reed lives in this lush, picturesque setting. She's not your average teen, though she appears to be. Not only is she heartsick, but she's been receiving cryptic premonitions from a ghostly voice since the age of four. After she hears a haunting message about herself, supernatural occurrences begin to confuse her.

Nathan Caswell seems to peer into Paige's soul, evoking a magnetic energy between them they cannot deny. They're connected. But he's no ordinary guy. He tracks dark spirits and becomes alarmed when they set their sights on Paige.

When two power-hungry malevolent beings make demands on her, she realizes then the fate of mankind rest in her hands. Her world quickly turns inside out where the impossible becomes possible, and in the end she's faced with a life changing decision that will not only alter her existence but the world as she knows it.

Can a deeply troubled teen overcome her own demons in order to fight those lurking about? With the past and present colliding, Paige must make the ultimate mortal choice. Will it be the right one? 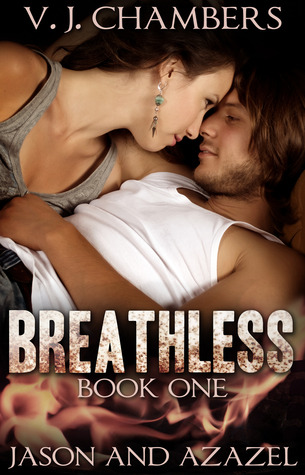 What if the messiah and the anti-christ fell in love?

Azazel is seventeen and sexually frustrated. Her biggest issue is trying to figure out why her seemingly normal boyfriend won't sleep with her.

Then Jason races into her life. He won't say where he came from or who's chasing him. He's a delicious puzzle, a boy who has no problem using his fists to solve arguments or quoting Plato to justify his actions. Azazel is drawn to him. She's obsessed with finding out his secrets.

What she doesn't know is that Jason's secrets are entwined with her own town's secrets. Her friends and family have conspired to use her as a pawn in a violent scheme. Soon, she will have to choose between protecting Jason and staying loyal to everyone she's ever trusted.

A story about forbidden love, fate, and free will, Breathless is Rosemary's Baby meets The Da Vinci Code.