As Ilea steps farther into her role as the law of the Demesne, anxious speculation about Sebastien and his next move flourishes. Tensions build, as passion sizzles at long-awaited Matings and Kya’s romantic dream comes true when Meniari asks her to attend one with him. It’s a fresh beginning for a warrior with a past and a female hiding a gentle heart behind a tough persona.

Meanwhile, the Father of the Demesnes is having a grand time in Paris, but intelligence soon arrives from the spy he left behind. Infuriated by what he learns, he embarks on a rage-driven plan to force a brutal wedge between the Sanctum and the Saint Rushton Demesne forever, one that will jeopardize Iridea and her unborn child.

A vampiress on the run from the Parisian Demesne risks everything to find Micah Odera in Scotland, shattering his newfound peace with a strange tale of barbaric punishment, an act of treason that saved her life, a nefarious scheme and Circe’s dangerous fascination with Sebastien. Seeking the protection of the Sanctum, she reveals all she knows to Miriel and Andrieu, forcing the haven into a partnership with the Saint Rushton Demesne.

A desperately precarious plan takes shape, as Xavier struggles with Ilea’s demand that he keep a terrible secret for her. If he breaks his vow, the betrayal may cost him her love. If he keeps his word, she may die. Ultimately, Ilea and Iridea will have a single chance to do what only they can – bring Sebastien to meet fate. 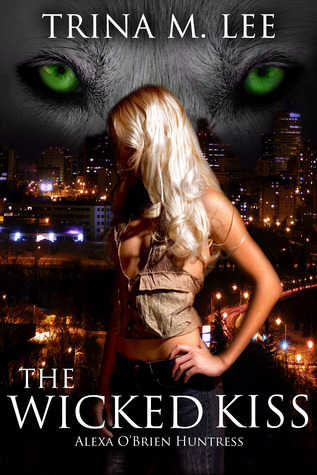 Alexa O'Brien is a magnet for trouble. Due to the power she shares with bad ass vampire, Arys Knight, power hungry creatures are eager to get a taste of her. That includes Arys' sadistic sire, a vampire that sees her as a toy, perfect for his personal collection. If he doesn't kill her, she just might wish he had.
Alexa is in danger, something her wolf mate Shaz blames entirely on Arys. The tension runs high when an argument blows up into a full physical confrontation between the two men. Alexa learns there is one way to protect herself from those who see her as a walking, talking power trip. Now she is faced with her biggest decision yet.
But can the two men she loves put aside their differences when it matters most? Because this is one sacrifice that will forever alter her very mortality.

The Rush by Rachel Higginson

A life not her own—A future already decided.Every facet of Ivy Pierce’s life is meticulously planned out and plotted. Cynical and jaded by sixteen, Ivy’s only hope is to escape the legacy she was born into.She has a plan, a carefully thought out, feasible plan. She just has to play by the rules until everything falls into place. Unfortunately as predictable as her life can be, she never sees Ryder Sutton coming. He tumbles into her life unimpressed and untouched by her and the life she lives. He’s an enigma to her. A gorgeous, frustrating, sincere mystery and a complete phenomenon in the ugly world she lives in.What blooms between them is a fiercely intense attraction that cannot be ignored. Even though they would both be better off without each other—Even if both their lives depend on staying apart.
Click the following links to see more: