Annalise Fallston made peace with postponing her big-city dreams to care for her ill father, but lately she's been filled with a restlessness not even her beloved painting dispels. Worse, the colors don't speak to her as they always have, and all her efforts produce dark, foreboding images of a dangerous man and a terrifying future.

Devlin Eston, black-souled son of the evil Anemoi Eurus, is the only one who can thwart his father's plan to overthrow the Supreme God of Wind and Storms. But first, Dev must master the unstable powers he's been given. Distrusted and shunned by his own divine family, he never expected to find kindness and passion in the arms of a mortal.

But Devlin's love puts Annalise in the path of a catastrophic storm, and in the final Armageddon showdown between the Anemoi and Eurus, sacrifices will be made, hearts broken, and lives changed forever…or lost.

Welcome To Hell by Demelza Carlton

Mel hates job interviews – and this one's shaping up to be the interview from Hell.

From the grumpy receptionist to the disturbingly demonic interview panel and the sleazy CEO, it seems landing her first job is the least of Mel's worries.

Can she make it out of the office alive without selling her soul?

A tiny taste of what's in store:

Lilith opened the door, waiting for Mel to leave first. Mel did so, almost running into a man in a dark suit.

His coffee splashed high, yet he caught most of it in his cup. Not a spot landed on Mel – just one on the man's shoe. “Damn,” he swore, swiping at it with a black handkerchief that appeared almost instantly in his hand. As he rose from his crouch, he took in Mel's attire, from her toes to her raised eyebrows.

He summoned a smile that clashed with the stormy expression in his eyes. “I don't believe I've seen you in the office before and I make it a point to know all of my staff intimately.” He handed the dripping cup to Mel's haughty interviewer, who took it without a murmur, even as some of the coffee slopped onto Lilith's shoes.

He held out his hand to shake Mel's. “Luce Iblis, CEO of the HELL Corporation.”

Mel gave him her fingers, in such a way that he couldn't crush them in his firm handshake.

“This is her first time here. She's being interviewed for a position here at Health, Environment, Life and Lands Corporation – as my executive officer,” Lilith said.

Luce's eyes stared hungrily at Mel as she lowered her gaze. “Is that so? I suspect I'll be seeing a lot more of you very soon, then. I look forward to welcoming you to HELL.” 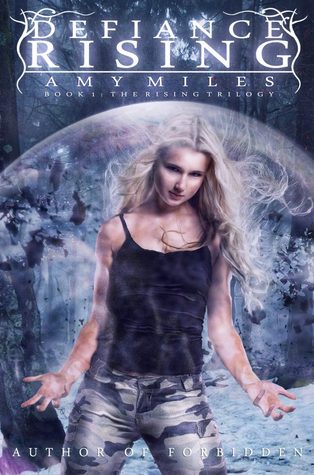 “Now that is a beautiful sight.”
I whip around, instantly covering myself with my arms. “What are you doing here?” I scream. “Get out!”
“Aw, don’t tell me you’re a shy one. I didn’t peg you for that.” Bastien grins as he throws his leg over a rock and settles in for what appears to be an annoyingly lengthy time.
Using one arm, I swim as quickly as I can away from the center of the pool and head straight for the rocks. Bastien seems completely unphazed by my rising fury and he grins down at me. He does however reach out to retrieve my dagger from the pile of clothes he’s perched beside.
“Have you no decency?” I growl through chattering teeth. If I don’t get out soon I’ll risk hypothermia, but there’s no way I’m going to give Bastien the satisfaction of seeing me naked.
Twirling the dagger in his hand, he appears to contemplate my question. “I suppose this might seem a bit forward of me, but I thought you might like to know it’s time to go.”
“Fine. Message received. Leave now!”
He leans over the edge, peering down at me. “And miss all the fun? I think not.”

Illyria has never known a life without the Rebellion.
Instinct.
Survival.
Nothing else matters…until she ventures out into unknown territory and is faced with an enemy that proves even more fierce and determined than she ever thought.
Bastien is infuriating, dangerous and annoyingly gorgeous. Eamon is familiar, comforting and turning into a man before her eyes. Both want her heart…but she is torn between duty and desire. When her choice affects all of mankind, how can she allow herself to be selfish?
There is a power within her that can change everyone’s fate…but she underestimated the most potent force on Earth—love. Illyria must discover if she has the strength to sacrifice her heart to save mankind.