Little known fact about being a werewolf: There are always wolves at your door and some of them are up to no good.

Chloe Weiss’ dreams have finally come true: She’s a null no more, her wolf has finally come. She’s now a full member of her pack in the remote Appalachian ‘weretown’ of Hunstville. Even better, she’s mated to the pack’s next alpha, Jackson Swift. However, now that she’s on the other side of her happy ending, things aren’t quite as rosy as she’d expected.

The women of her pack resent her status as alpha’s mate and suddenly there are rumors that Chloe is an Omega, a werewolf so weak they are banned from ever mating. Worse, an old friend of Jackson’s blows into town full of disapproval….and competition. It seems no one likes Chloe except Jackson.

Then women start disappearing, violently kidnapped from their homes and never heard from again. There’s a killer on the loose in the small town of Huntsville, and the one wolf he’d do anything to have is Chloe.

Now Chloe will have to fight…for Jackson, her place in the pack, and her life.

The Man of my Dreams, The Dream Series Book 1 by Gladys Quintal 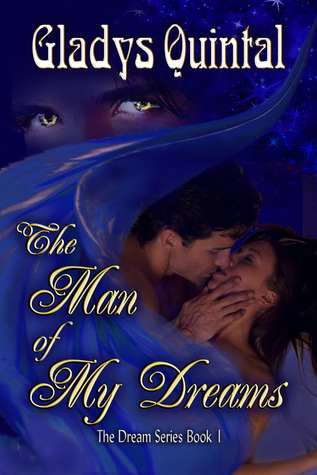 Ever since the death of her parents at the age of 17, Cassie has been dreaming about a dark haired man. He always comes to her in times of trouble to comfort her and help her through the toughest of days. But now after the devastating break up with her boyfriend, Cassie struggles with separating reality from her dreams.

During a trip to her family beach house, her dream man becomes her lover and Cassie finds herself longing for this man to be in her life. But trying to find out the truth about him leaves her questioning her very existence and sanity.

She is convinced her dream man is real and connected to a string of macabre murders over the last 20 years. Fearing for her life, Cassie prays she is right about him and that he can save her before it is too late.

Note from author: WARNING : This book mentions an episode of sexual abuse.

Releasing the Dragon by Stacie Simpson

An erotic romance with a paranormal twist… Two souls destined to be one. An old enemy enraged. Will his love for her be enough to save her?
Shapeshifters, demons, vampires and sorcerers are all just part of the show at the Myths and Legends Casino Resort.
Or are they?
Serafina Leroux has always dreamed of becoming a professional dancer. When she responds to a mysterious invitation to the dance auditions at Myths and Legends she not only gets a shot at her dream job, she also meets a tall, dark, devastatingly handsome stranger whose every touch consumes her with desire.
Donovan Drake is the charismatic owner of Myths and Legends known around the world as Dragon. His roguish good looks make him one of the most sought after bachelors alive, but only one woman can satisfy his carnal needs and the beast that shares his soul.
When Dragon and Serafina come together their passion ignites and she is drawn into his world where myths and legends are very real and danger lurks around every corner.