“Lisa Kessler is an up and coming author to remember!”
Sherrilyn Kenyon #1 NYT Bestselling Author of the Dark-Hunter Series

Sometimes the only way to heal is to love…

When Colin Flynn returns home to Ireland, the immortal Night Walker is not the protector he had once been. Although his flesh has healed, the scars hide a broken spirit.

Juliana Duffy is a survivor. She owns a florist shop and continues to play piano in spite of her deafness. Her prophetic dreams warn her of coming death and show her the faces of two men: one a customer and one a handsome stranger.

After hearing her music, Colin finds himself drawn to this woman who refuses to be defined by her injury. As an ancient enemy emerges and threatens her safety, Colin will need to learn Juliana's secret to overcome his wounds, and regain his strength. 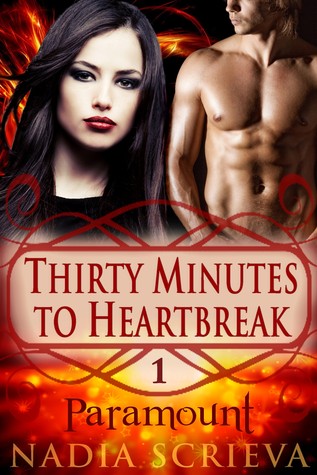 He broke her heart. Now, it's time for him to pay…

>Pax Burnson has been in love with Thorn Kalgren since she was fourteen. Long before he became the CEO of one of the world's largest tech companies, and an arrogant jerk. Their families have always been close due to their shared secret; both Pax and Thorn are descended from devas, powerful demigods with vast supernatural abilities. Years ago, when Pax lost her mother, Thorn became her everything. She depended on him as her friend, mentor, and eventually her lover. His recent betrayal was more than she could bear.

Pax has spent a lifetime concealing her goddess heritage, and trying to be normal. She has vowed not to practice her powers, but her newfound anger at Thorn has released a violence that she cannot restrain. She turns to her best friend for help with a complex plan to deceive and destroy her former lover–but this is challenging since her best friend happens to be Thorn's own sister. As it turns out, Amara Kalgren has her own reasons to crave vengeance.

The friendship and loyalty between the two girls becomes fortified as they venture down a dark and twisted path, discovering ancient magick and terrifying demons, and struggling against the consuming lust and love for the men who have hurt them. Pax and Amara soon find that they've bitten off more than they can chew…

But there's no turning back now.

What if you had to choose between a life of fame and luxury or finding your truest love while restoring a house overflowing with magic and enchantment in the Blue Ridge Mountains?
Reagan Hart is the DeLuca Girl, hers is the world famous face of a generation. Her husband has directed five of the highest grossing movies of all time, and her ex is a hunky detective who can’t get her out of his heart. She has all that glitters, but it isn’t at all what she bargained for. Beguiled by the story of a mystical old house in the Blue Ridge Mountains, she walks out on her past and into her future.

In the village of Seven Devils, North Carolina she is drawn to and enchanted by The Mary’s House and comes face to face and heart to heart with breathtakingly handsome and reclusive Fletcher Green. Fletcher steals Reagan’s heart in an instant but there are secrets to be told and he hasn’t uttered a single word in twenty years. Only his brother Teddy has discovered the mysterious truth that sets Fletcher apart from all others. The two brothers will rebuild The Mary’s House for Reagan and along with a town full of eccentric’s she just might find her place among the charms and bits of magic, both good and evil. Fate, destiny, passion and a touch of the divine will change her forever as she becomes a part of all that exists on Temptation Road.