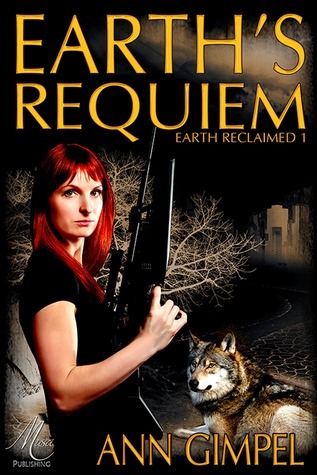 Aislinn Lenear lost her anthropologist father high in the Bolivian Andes. Her mother, crazy with grief that muted her magic, was marched into a radioactive vortex by alien creatures and killed. Three years later, stripped of every illusion that ever comforted her, twenty-two year old Aislinn is one resilient, kickass woman with a take no prisoners attitude. In a world turned upside down, where virtually nothing familiar is left, she’s conscripted to fight the dark gods responsible for her father’s death. Battling the dark on her own terms, Aislinn walls herself off from anything that might make her feel again.

Fionn MacCumhaill, Celtic god of wisdom, protection, and divination has been laying low since the dark gods stormed Earth. He and his fellow Celts decided to wait them out. After all, three years is nothing compared to their long lives. On a clear winter day, Aislinn walks into his life and suddenly all bets are off. Awed by her courage, he stakes his claim to her and to an Earth he's willing to fight for.

Aislinn’s not so easily convinced. Fionn’s one gorgeous man, but she has a world to save. Emotional entanglements will only get in her way. Letting a wolf into her life was hard. Letting love in may well prove impossible.

If you lost everything that made you who you are could you recover?

Would you be stronger than before or would you crumble under a mountain of grief?

When Cassandra Myles is faced with this question her answer is to do what ever it takes to move on. When things seem their darkest two people enter her life and help her in her time of need. One is her boss. His name is Quintus and he is a very old and very powerful vampire. He offers her the opportunity to start fresh in a new city. He becomes her mentor and friend. She would do anything for him.

The other is her roommate and best friend Declan. He is caring, charming, gorgeous and in her eyes perfect in every way except one. Cassandra feels they are meant for each other and Declan feels he is meant for every woman who walks in his bar.
Her new life wasn’t perfect, but it was getting there and she was happy.

Then Quintus comes to her and tells her what was once lost can now be restored. A painful part of her past can be undone. Will this make her life complete or should some things remain buried.

Scary Mary by S A Hunter 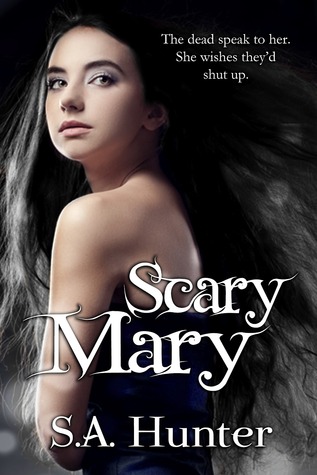 Mary has always been different. She'd like to be normal, but being able to hear ghosts means she'll never be like everyone else. She starts her junior year of high school hoping to be left alone, but Cyrus Asher is new and doesn't know or seem to care that she's an outcast. They start hanging out and all is well until she goes over to his house. Cy's house is haunted, and not by Caspar, the friendly ghost.

But it's not the ghost that ruins the evening. That honor belongs to Vicky “The Hickey” Nelson with her borrowed Ouija board and stuck-up friends. They make Mary so angry that she uses the ghost to freak out everybody, Cy included. He orders her out, and Mary thinks she's lost whatever chance she had with him. But there's still the ghost to deal with. He's mean, nasty, and possibly homicidal. She has to get rid of him or Cy and his family could be hurt. Or worse.