Blood and Magic by Ann Gimpel

Abigail Ruskin is chaperoning a spoiled twelve-year-old from New York to her parents’ home in Utah Territory when Luke gets on their stagecoach in Colorado. A powerful witch herself, Abigail senses Luke’s magic, but he’s so overwhelmingly male, she shies away from contact. Stuck between the petulant child and Luke’s raw sexual energy, Abigail can’t wait for the trip to end.

Wraiths, wolves, and humans with dark magick attack. Unpleasant truths surface about the child and Abigail’s well-ordered world crashes around her. Luke’s so attracted to Abigail, she’s almost all he can think about, but he’s leery too. In over his head, he summons enforcer backup. Will they help him save the woman he’s falling in love with, or demand her immediate execution?

The First Book of Demons by Raquel Dove 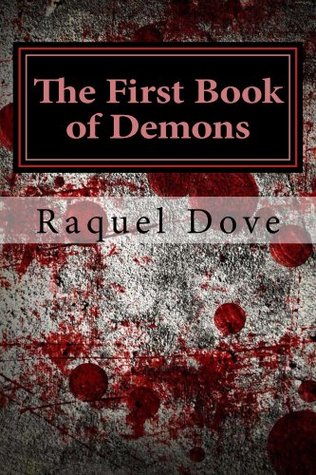 Alexandra Bastien is a strong-willed girl with a clumsy nature and untold powers that she hasn’t a clue how to use. An encounter in the woods leads her to the destiny that has been haunting her since birth, and she finds herself thrust into a world of bloodthirsty demons.

As the demon prince, Balthazar, vies against his own half-brother for control of the kingdom, the thing he needs most lands fortuitously in his lap. And, she comes complete with a mouth that doesn't know when to stay shut.

By the time Balthazar realizes just how much Alexandra means to him, it may be too late.

Evelyn Angel has a rewarding job, amazing best friend, and a promising love interest. The fact that she's a vampire is lost on those who surround her on a daily basis. When a former lover returns and attempts to murder her, the perfect little life she's carefully made for herself is turned upside down. Not only does she have to survive, she has to decide which man she truly loves. The past is catching up with her in a deadly way.