The Horseman is unending,

his presence shan’t lessen.If you break the curse,you become the legend.Washington Irving and Rip Van Winkle had no choice but to cover up the deadly truth behind Ichabod Crane’s disappearance. Centuries later, a Crane returns to Sleepy Hollow awakening macabre secrets once believed to be buried deep. What if the monster that spawned the legend lived within you?Now, Ireland Crane, reeling from a break-up and seeking a fresh start, must rely on the newly awakened Rip Van Winkle to discover the key to channeling the darkness swirling within her. Bodies are piling high and Ireland is the only one that can save Sleepy Hollow by embracing her own damning curse. But is anyone truly safe when the Horseman rides? 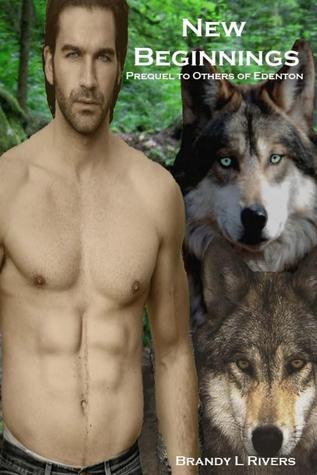 Jess knew her life would never move forward if she remained a part of Gregory’s pack. Some Alpha’s just don’t know how to take care of their wolves. She had managed Gregory’s bar for years but she knew he would never sell it to her.

After one giant mistake, he went from bad to worse. As a psychic, she knew it was a downward spiral.

Taking her future in her own hands, she contacts the Alpha in Edenton. He is happy to sell the empty bar no one has the time, nor desire to renovate, much less run.

Their attraction is unexpected and the last thing either want, but they find the only thing they need in each other.

There is just one problem. Slater’s second in command is plotting against him. Liam will use anything to take over as Alpha.

Plenty of werewolves, an old vampire flame, plus a paranoid second, and don’t forget the psychic with a whole lot of attitude.

Make Me A Real Girl by Rachel Humphrey Daigle

A vampire mentors three sibling Witches as they struggle to balance life, with duty, as protectors of The Demon Isle – A Paranormal Romance / Fantasy Series for Teens. May not be suitable for younger readers. Teen/YA Mature, similar in style to a TV 14 rating.

Melinda Howard is the Demon Isle’s weird girl… the one that’s been holed up in the Howard Mansion for the last four years. Why? No one knows the truth except for her family… a long line of witches charged with protecting the Demon Isle, currently led by four hundred year old vampire, William Wakefield. Another reason Melinda doesn’t mind her self-inflicted imprisonment. She gets to spend more time with William, her crush for nearly all her life who’s too hot for words. And now, so are her dreams.

Dreams that have a tendency to come true. Although typically, they don’t include the handsome vampire she’s crushing on but rather horrifying visions of people about to die.

But she cannot stay under self-inflicted house arrest forever! And if her brothers or William get their choice in the matter, Melinda will be out of the house partying with her friends on the beach, giving her affections to a human, not a vampire, and getting into her role as a witch.

A role her eldest brother Charlie lives for, and a role her second brother Michael would rather live without. But when duty calls, usually from the local sheriff needing help with some tourist who’s gotten themselves into trouble, life, fun and choice get set aside and duty takes over.

Such is the case when the sheriff needs help solving a murder; one she fears is supernatural in nature. To assist her in the case, she calls upon the skills of Charlie, who’s a little more than just a Howard Witch, and Michael, an empath and death reader.

What Michael discovers from the reading however, could be more than any of them can deal with or accept. Worse yet, they fear what this discovery will do to Melinda, as it returns them all to the core of her self-imprisonment.

Back to the lives she could not save…