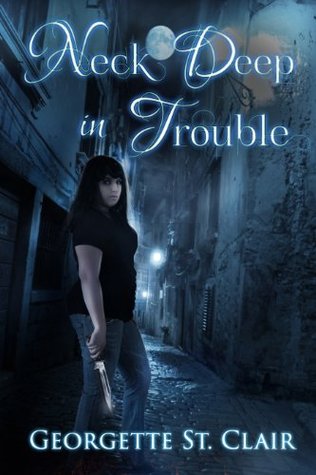 Curvy news reporter Frankie Alexander had heard all the warnings about life in New York City, but unfortunately, her parents left out the one about avoiding sexy, infuriating vampires.  It’s too late now…she’s craving blood,  sizzling when sunlight touches her, and yearning for the kisses of Nicholas Hamilton, the sexiest 300-year-old she’s ever seen.

The good news: she’ll never die, as long as she can avoid sunlight, stakes, and silver.  Also, Nicholas wants to claim her as his eternal bride, and vampire sex is multi-orgasmic and beyond hot. The bad news: her Turning was illegal, and not only that, she’s a weird super-freak of a vampire, with powers so great that the Old Ones are considering issuing a Kill On Sight order.  Her only hope of survival is to solve the mystery of her Turning.  To do that, she’ll have to rely on her rag-tag group of friends and on Nicholas…but it’s heartbreakingly clear that she can never trust him, because he’s got a hidden agenda all his own.

They say home is where the heart is, but if that’s true, then I’m lost because I have no clue where my heart is, anymore.  I thought I knew—until I met Maximillian.

I was on my way out of the Capital City before the local vampires could catch on to me and let’s just say if that happened then this club dancer would be facing her expiration date.  And that’s when the famous DJ blew into town—and into my head and heart.  He turned all my plans upside down with his sick friend and his electric blue eyes, damn it.

I should have cut bait and run for my life, but I couldn’t abandon someone I could heal—even if it meant the vampires might catch up with me.  Besides, Maximillian smelled familiar, like deep forest and pine needles baked in the sun mixed with that chilly snap of running water and the coolness of twilight. Those things have a smell that adds up to a dream.

You can get lost in that kind of dream. It can fill your mind with ideas and notions you have no business thinking or feeling. Dreams like that make it easy to forget the danger you’re in.

Wings of Redemption by Sarah Gilman 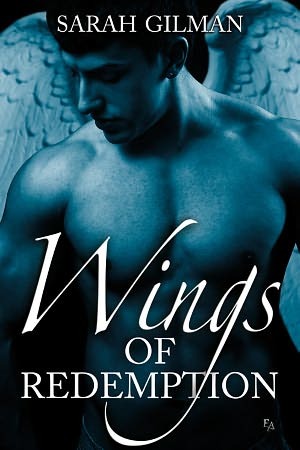 Humans and archangels don't mix on the best occasions. When Saffron Morin goes to the gates of the demon colony, Eden, in search of her sister, she meets an archangel who is curious one minute and hostile the next, and she ends up the colony's “guest” against her will.

Kestrel's archangel psychic talent tells him the human woman's life is in danger. Despite her family's association with poachers who hunt archangels for their valuable feathers, he vows to save her life. Enemies by birth, lovers by choice, they give in to growing attraction as days pass.

Even if he succeeds in saving her life, he must hurt her to protect others of his kind, and he may not be able to live with himself after a betrayal he has no choice but to commit. In order to find redemption, the Collector's daughter and an archangel must first find each other.