Marked by the Vampire by Cynthia Eden $2.99

Vampires exist. So do werewolves. The creatures that you fear in the darkness? They’re all real. And the baddest of the paranormals…those who love to hurt humans…they’re sent to Purgatory, the only paranormal prison in the U.S.

His job is to stop the monsters.

Deadly forces are at work within Purgatory. The monsters are joining together—and their plans have to be stopped. FBI Agent Shane August, a very powerful vampire with a dark past, is sent into the prison on an undercover assignment. His job is to infiltrate the vampire clan, by any means necessary.

She wants to help the prisoners.

Dr. Olivia Maddox wants to find out just why certain paranormals go bad. What pushes some vampires over the edge? Why do some werewolves turn so savage? If she can understand the monsters, then Olivia thinks she can help them. When she gets permission to enter Purgatory, Olivia believes she is being given the research opportunity of a lifetime.

To survive, they have to rely on each other.

When the prisoners break loose, there is only one person—one vampire—who can protect her, but as Olivia and Shane fight the enemies that surround them, a dark and dangerous passion stirs to life between the doctor and the vamp. Shane realizes that Olivia is a woman carrying secrets—powerful, sinful secrets. Secrets that a man would kill to possess.

And Olivia realizes that—sometimes—you can’t control the beast inside of you. No matter how hard you try. Some passions can push you to the very limits of your control…and the growing lust that she feels for her vampire…it’s sending her racing right into a deadly storm of desire. 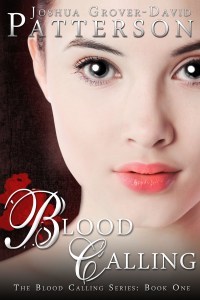 Lucy Leary's eighteen year old life is a wreck. Her parents divorced, she's earned a DUI, and her grandfather has died. He left her a single possession: A vampire slaying kit with a note that says, “They're real. Fight them.” Lucy finds answers in a place she never expected–the homeless shelter where she has to perform her community service. The Sundown Shelter is only open at night, and the man who runs it disappears during the day. But digging into the truth is dangerous. What Lucy learns will force her to abandon her life and confront an ancient vampire out to get her family.