EMT on call, Adrian Faulkner resuscitates a beautiful woman after a Mexican mafia shootout. He can't explain why he picks her up in the hospital parking lot three days later and then ducks the San Antonio police and the Feds. Well, the hot sex might have something to do with it.

She needed to hide. With no memory of even her name, she didn't know from who. She only knew she wasn't safe.

Adrian soon learns she is much more than a damsel in distress, and he’s stuck with her. It isn't long before the past she cannot remember begins to catch up with them both…

THE NIGHTLIFE SAN ANTONIO is a non-stop thrill ride through the shadowy borderworld of mafia politics and vampires – and sex.

Grab your copy of this urban fantasy romance today!

The Greater Darkness by Eldon Murphy

Something powerful is stirring in the darkness. Something so ancient that even creatures who've been alive for hundreds of years have long since discounted this new threat as nothing more than myth. Geoffrey knows even less than most about this rising menace. His memories were all violently ripped away from him, leaving nothing of his past but dreams containing haunting glimpses of a beautiful girl. A chance encounter offers up a possible link to his past, but forces beyond his control are threatening to push him into the middle of a conflict that could sweep away everything, and everyone he’s been fighting so hard to protect. This time, saving the girl may very well cost Geoffrey his soul. 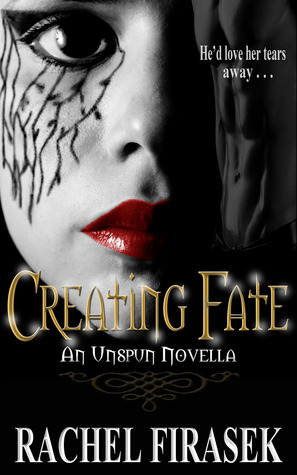 She gave away her heart…Giving her heart to a mortal wasn't something the First Fate planned. Losing him nearly shattered her soul. Upon his death, Clotho swore never to love—or weave life—again. Hoping she'll change her mind before it's too late, Zeus commands the spinner of life to take a much needed vacation from her immortal responsibilities.He had to hide his…Dane is close to cracking the drug ring he's spent the last two years infiltrating, but needs to perform one last heist to meet the head man and prevent an impending war. An undercover agent, he’s now on the run from drug lords, thieves and with the very woman whose tears make him forget his purpose.Together they’ll find a way back from the dark.Chloe will have to put her trust a man she believes is like the ones that killed her fiance, or face an eternity on Earth. Without the desire for life, hope could slip through the cracks of time if he doesn’t love away her sorrow.