Rancher Adam Sloan is more than meets the eye. As the heir to his Pack, the sexy werewolf's biggest challenge is keeping his kin's true nature under wraps. But a group of jaguar shifters threatens to reveal the pack, blasting into town killing humans in plain sight. And when he smells one at the local diner, his standing orders are to take her out.

Lana Turpin doesn't realize she's a moving target. Raised in the foster system, she only knows that she blacks out during the new moon and wakes up without remembering a thing. But now she's being tracked by some strange organization that wants her back–even though she's never stepped foot inside their compound. And the stranger across the diner is watching her like an enemy.

It should be a simple mission for Adam, but when he touches the frustratingly beautiful Lana, his inner wolf howls…mate. Now, the two must find and stop the people who hunt her…and Adam must keep his own family from killing the only woman he will ever love.

“A fabulous read. Lisa Kessler is an up and coming author to remember!”
Sherrilyn Kenyon #1 NYT Bestselling Author of the Dark-Hunter Series

A millennia-long war between two immortal races is about to come to an end. Long ago, the vampires began capturing the immortals called the Amiti, attracted by their unique blood properties. Now most Amiti live in underground cells, forced to serve as vampires’ bloodstock. The few surviving free Amiti, preparing a final strike, have declared their Queen a traitor. Her execution makes possible the rise of a new Queen, her young daughter Arianna, who will inherit her mother's mystical powers. Working with the Keepers of the Key, Arianna may be able to eliminate the vampires, once and for all, from the face of the earth.

and she's ready to fight to the last drop of her blood.

But the King of the Vampires has other plans.

Vampire Elite is an epic story of a bitter conflict between two immortal races, and the effect of that conflict on everyone living in its grip. The characters are driven to love and betrayal, vengeance and sacrifice in a world without easy black-and-white answers.

Based on an ancient Egyptian legend, packed with action and intrigue, Vampire Elite will pull you into the entrancing world of immortals and open new portals into their hidden universe.

… a fascinating read and definitely a book for anyone who loves fantasy, romance and of course vampires.

… a spellbinding novel of action, suspense, romance, and conscience …  character development is superb … the type of book that will make you read all day until you get to the end! It is deliciously addictive!

The Faerie Guardian by Rachel Morgan 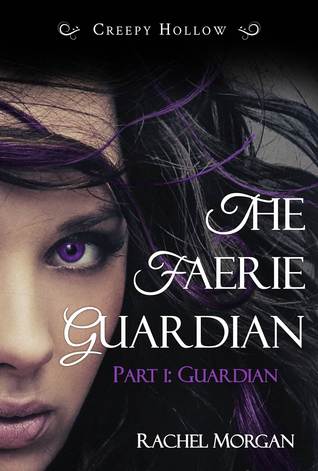 Protecting humans from dangerous magical creatures is all in a day's work for a faerie training to be a guardian. Seventeen-year-old Violet Fairdale knows this better than anyone–she's about to become the best guardian the Guild has seen in years. That is, until one of her assignments–a human boy who shouldn't even be able to see her–follows her into the fae realm. Now she's broken Guild Law, a crime that could lead to her expulsion.

The last thing Vi wants to do is spend any more time with the boy who got her into this mess, but the Guild requires that she return Nate to his home and make him forget everything he's discovered of the fae realm. Easy, right? But Nate and Vi are about to land themselves in even bigger trouble–and it'll take all Vi's training to get them out alive.