A powerful woman, an extraordinary man, and a maniac who wants to destroy them. Fate has brought them together, but will it make them stronger or destroy them all in end?

Escape to a world where the impossible becomes possible and sparks ignite.

WHISPER CAPE is a town of secrets and Addison MacKenna soon becomes tangled in a web of them. Plagued with nightmares of her father's sudden and brutal death, Addie struggles with her anguish and refuses to believe his demise was accidental.

Fighting to shake off one of those devastating early morning nightmares, Addison finds it even harder to escape from the vision of a man lying on the side of the road–a man she may have just killed. When she frantically tries to locate him, he seemingly disappears, just the beginning of strange occurrences in her life. She also cannot ignore the weird sensations in her own body. Suddenly, the impossible seems possible, but is that a blessing or a curse?

Believing that her continual and worsening nightmares are both the key to her own new abilities and the clue to her father's death, Addie knows she will not rest until she has the answers she craves. As she strives to cope with her new remarkable talents, someone else learns of her abilities–a disgruntled maniacal psychopath with his own agenda that involves eliminating Addie. The only one who can protect her, instruct her in the use of her powers and teach her how to destroy the murderous monster is the same man who makes Addie's heart race and her blood heat with passion. The same man she'd left for dead.

Cael Sheridan may be arrogant and mysterious but he's also undeniably gorgeous. A member of a secret society, he is sworn to protect the woman he believes to be the daughter of his recently murdered mentor. In the process, he finds it impossible to resist her magnetic sensuality, complicating his efforts to shield and guide her as she learns to manage her newly acquired skills. At the same time, Addison has much to teach him about trust and commitment. Will fate win in the end? You be the judge. 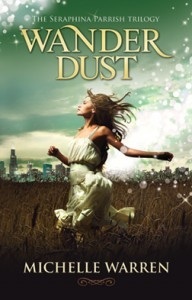 Ever since her sixteenth birthday, strange things keep happening to Seraphina Parrish.

Unexplainable Premonitions catapult her to other cities.

The Grungy Gang wants to kill her.

And a beautiful, mysterious boy stalks her.

But when Sera moves to Chicago, and her aunt reveals their family connection to a centuries old, secret society, she is immediately thrust into an unbelievable fantasy world, leading her on a quest to unravel the mysteries that plague her. In the end, their meanings crash into an epic struggle of loyalty and betrayal, and she’ll be forced to choose between the boy who has stolen her heart and the thing she desires most.

Wander Dust is the breathtaking fantasy that will catapult you through a story of time, adventure, and love. 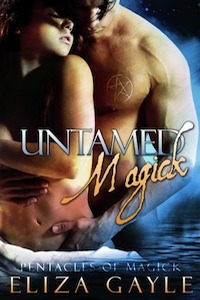 Graelen Scott has lived his entire life under the shadow of a prophecy–a curse that gave him unlimited power guaranteed to seduce him to an early grave. When a Tarot historian shows up with stolen family cards and a theory of balance, all hell breaks loose. But his insatiable lust for the blue-eyed beauty clouds his judgment, making it difficult for him to separate fact from fiction.

Determined to understand the secrets that have plagued her for months, Rena Gallagher lands on Graelen's doorstep in search of answers. When fantasy becomes reality and a remarkable power sparks between them, a deep craving to surrender to his raw sexuality is revealed.

Now Graelen and Rena must race to uncover the clues that will break the curse before the seductive magick can consume he and his brothers. And before the darkness drives the woman he needs away for good.