Hell hath no fury like a woman scorned. What if that woman is a demon, in fact Lilith’s very own daughter? Isabella LaCoste vowed to get her revenge on her ex and his new human fiance. She didn’t commit fifty years of her life to be thrown out like last season’s runway fad. But taking vengeance on an upper level Shifter Demon and the newly crowned Voodoo Princess might not be a one demon job. She volunteers her services to Lucifer to deliver Angel and Jacque in exchange for his help. She never expected her new partner in crime would fill the void in her broken heart.

Not even death brought him peace. Xavier Toussant wanted out of his contract and the killing business. His last assignment was his own brother and he failed to deliver. Lucifer didn’t appreciate his valor in dealing with his brother, Jacque. In fact, it only created more problems. Xavier’s back on assignment to capture his brother and the Voodoo chick. Only this time, he’s shackled to the craziest female in the Underworld. Xavier finds Isabella LaCoste might be the one thing to put his soul at ease. 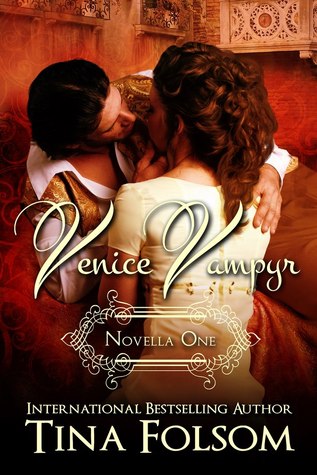 Isabella Tenderini, a wealthy merchant's widow rescues a stranger from drowning in one of Venice's canals. And how does the man repay her selfless act? By kissing her – her, a respectable woman.

Not only is Raphael di Santori grateful for his life being saved, he would also like to thank his rescuer very intimately – more intimately than decorum allows. But then, Raphael has never been one to play by the rules – as a vampire he doesn't have to.

The Glass Wall by Madison Adler

17-year-old Sydney's only interest in life is flying under the radar.

But destiny has other plans when the tall, handsome, formal, and unusual Rafael Channing moves into the neighborhood. Athletic and with killer looks, he wears black eyeliner like a magician and seems to be watching Sydney's every move.

What starts out as a light-hearted investigation with her gadget-happy foster father takes a serious turn when she discovers that Rafael isn't human. Add Jareth, the country's latest rock sensation, into the mix and Sydney is swept into a mysterious world of Tulpas, the Fae, and the Brotherhood of the Snake.

Sydney doesn't know she's a Blue Thread of Fate. She doesn't know the fate of humanity depends on her choice of whom to trust–Jareth or Rafael. And she certainly doesn't know that she's taken the first step on the unexpected path of love.