Life for Clover Kwon couldn’t be much worse. A year has passed since she witnessed the brutal death of her boyfriend, Frankie, and even with the help of a therapist she is unable to come to terms with what she saw that night. Not only did she lose Frankie, but Clover’s best friend, Saskia, hasn’t spoken to her since. It doesn’t help matters that her mother is a raging alcoholic, her father is a philanderer and everyone in her hometown, Chapel Green, Maine, thinks she’s crazy. And she’s apt to believe them.
Jared Van Clayborne seems to have it all. He is a gorgeous, newly-turned vampire, an heir to a fortune and his mentor, Sutton, is the son of Dracula. On the inside, he’s a mess. Atrocities he’s committed in the past year torture his thoughts, he is miserably failing high school and has no hope for the future. Jared is forced into counseling, but because he must keep his vampirism a secret, it hasn’t helped. Jared makes a desperate decision one night, but fate brings him face to face with Clover, a girl he had a crush on when they were in elementary school. A passionate magnetism draws them to one another. They both have secrets, but find solace in each other’s arms.
Things begin looking up when Clover is finally reunited with Saskia. The young women are determined to figure out what happened to Frankie, and launch an investigation to bring those responsible to justice. As Clover and Saskia start piecing together clues, it draws the attention of some powerful individuals and puts their lives, and everyone around them, in jeopardy.
When Clover uncovers the dark truth about Chapel Green’s inhabitants she is torn between vengeance and love for her greatest enemy. Now, not only is her sanity at stake, but also her life. Summer’s Deadly Kiss is book one in the The Vampire Inheritance Saga. Warning – This books contains sex, violence, bad language, and hot vampires.

A New York Times bestseller!It's never a good day when an ancient demon shows up on your toilet bowl. For Lizzie Brown that's just the beginning. Soon her hyperactive terrier starts talking and her long-lost biker witch Grandma is hurling Smuckers jars filled with magic. Just when she thinks she's seen it all Lizzie learns she's a demon slayer-and all hell is after her. Of course that's not the only thing after her. Dimitri Kallinikos a devastatingly handsome shape-shifting griffin needs Lizzie to slay a demon of his own. But how do you talk a girl you've never met into going straight to the underworld? Lie. And if that doesn't work how dangerous could a little seduction be…?
Click the following links to download: 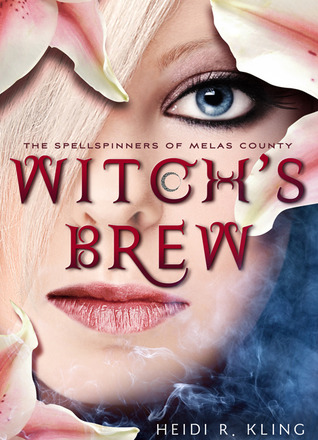 The Spellspinners of Melas County is a fantasy YA romance series about a witch, a warlock, and their fight for their forbidden but prophesized love. Once soulmates, the witch and warlock covens of the California coast have been estranged for a century. Raised to hate each other, their teenagers meet in the Solstice Stones, a magical battleground where they draw energy from each other to maintain their balance. 16 year olds Logan and Lily have spent years training for their first Stones…only to discover just days before that the enemy may not be what either of them had thought. In Witch’s Brew, Lily is torn between her feelings for Logan and her coven’s need to know who—or what—he is. The young lovers race against time, their distrust for each other, and the powerful influence of their elders, to unravel the mystery of their pasts before their future is destroyed. What’s Cool from Coliloquy: In Witch’s Brew, Lily and Logan’s fate is already decided, but Heidi explores several different possible pathways for how they get there. She shares scenes that wouldn’t normally fit in a book format and gives readers more precious moments between the two young lovers. As the series progresses, you’ll see some normal narrative forms, interspersed with smaller scenes, alternate points of view, and a lot of “what if” scenarios.